Facebook founder Mark Zuckerberg has been taken to task by Prime Minister John Key over his company tax arrangements. 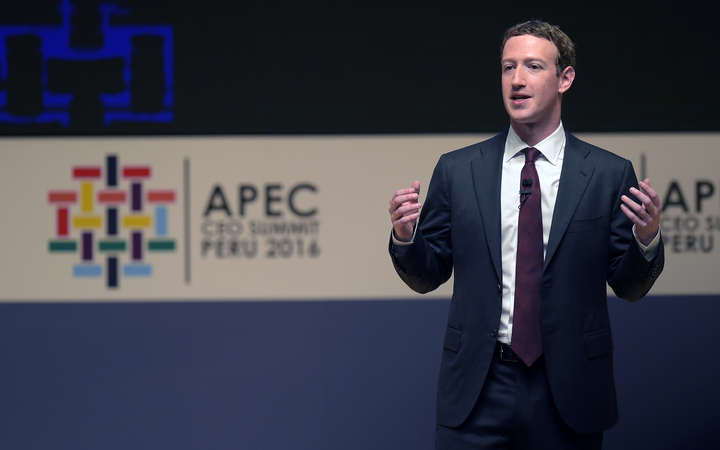 Facebook founder Mark Zuckerberg told the APEC summit his company was responding to criticism over fake news appearing on the site. Photo: AFP

Both men are in Peru for the annual Asia-Pacific Economic Co-operation summit, and met on the sidelines.

Mr Key said he told the Facebook boss that the company was doing itself no favours, given there was a perception that it was not paying its fair share of tax.

"If I was running a major corporation like Facebook and the perception from users out there was they weren't fair when it came to the tax system, over time that would reflect rather badly on the company."

"There could ultimately be consequences and they should deal with it," Mr Key said.

Mr Zuckerberg also told the summit Facebook was responding to sharp criticism over fake stories appearing in its news feeds.

He laid out seven options for how the social media site handles what he called "misinformation".

They included installing automatic detection software, labelling stories that might be false, and consulting with journalists and fact-checking organisations.

The percentage of misinformation on Facebook was relatively small but he wanted to raise the bar, he said.

In the wake of the US presidential election results last week, many criticised Mr Zuckerberg, saying fake news on Facebook aided the rise of Donald Trump.

He dismissed the idea as "crazy", but fake news sites were on the rise due to the profits which could be made from web advertising.