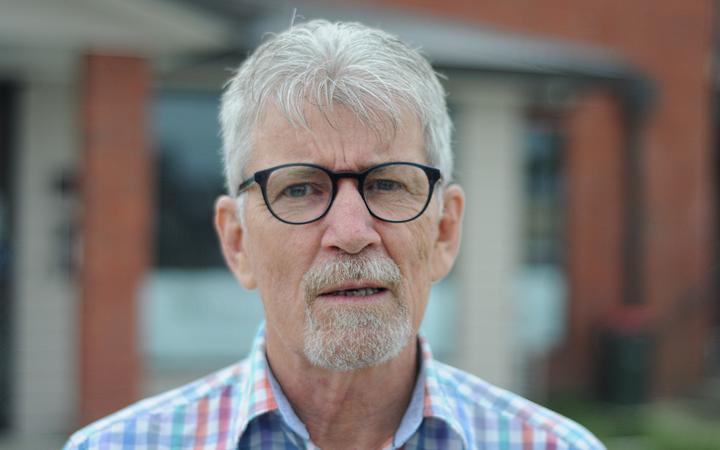 Bernie Smith says more people in South Auckland are being pushed into homelessness because of the shortage of affordable housing. Photo: LDR

The Māngere-based trust said it has 600 transitional and social housing properties, with 400 applicants on a waiting list.

"It's always been a problem, but it's getting worse," he said.

"In the last two years rents have increased substantially. The cost of living is increasing and those on a basic income, or wage, haven't seen their incomes go up in some time."

Smith said families in South Auckland were now paying between $500 and $800 a week for a three-bedroom house.

"Some people are being pushed into homelessness," he said.

Smith said he was also aware of the effect a widespread Omicron outbreak could have on those struggling to put a roof over their heads.

He said Covid-19 had highlighted the need for families to have their own homes, because people living in overcrowded conditions could not properly self-isolate.

"We know Omicron is going to sweep through South Auckland."

The number of people on the Ministry of Social Development's housing register has grown rapidly since 2018.

"We've got more and more people going to Winz [Work and Income] because while their income might be able to pay the rent, they can't put food on the table," Smith said.

"We deal with one family and then we've got nine queueing up, so we've had to be a bit more selective and help those that are in a crisis, someone living in a car or a garage is more of a priority for us.

"We've seen cases with a family of six living in a single bedroom. So getting people out of living in overcrowded circumstances is key for us."

In response to Smith, a spokesperson from the office of Housing Minister Megan Woods said these were "challenging times and the government is concerned that all vulnerable communities get the support they need during the Covid-19 pandemic".

"That's why the Ministry of Housing and Urban Development - Te Tūā Papa Kura Kāinga - has been working closely with housing providers and other agencies, including the Ministry of Health, and Māori and Pasifika groups to understand what the need is, and to help put those supports in place.

"This includes extra support services, help with housing costs, and more accommodation for people with nowhere to stay or living in overcrowded situations."