A Gisborne health board member has been reprimanded after posting misinformation about the Covid-19 vaccine on social media. 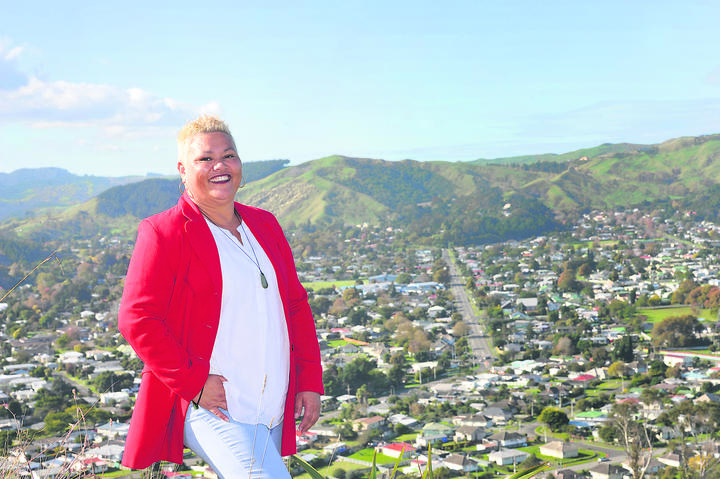 Hauora Tairāwhiti board member Meredith Akuhata-Brown, who is also a Gisborne District councillor, said New Zealanders were being asked to take a vaccine that had not been "effectively trialled" or "met any real Medsafe approval".

Medsafe approved the Pfizer BioNTech Covid-19 vaccine prior to it being signed off for use by Cabinet on 10 February.

"I am disappointed because we know that as a government and as a health system we've got a job to work with our communities in respect to Covid-19 as well as the vaccine," he said.

"The questions that people have are relevant, and we're able to answer them, so to have speculation in our community isn't helpful when we're trying to give correct information."

Hauora Tairāwhiti chair Kim Ngarimu said she was disappointed to see this sentiment expressed by a board member. She had discussed it with Akuhata-Brown.

"The post most definitely does not reflect the DHB's position," Ngarimu said.

The health board in October last year reported that misinformation and rumours about vaccinations were affecting Tairāwhiti's immunisation rates.

Hauora Tairāwhiti in January recorded the country's lowest rates of immunisation of children at eight months, with 78.8 percent receiving all shots on time in the previous quarter.

In the post to Facebook on 6 April, Akuhata-Brown said the government did not fund many cancer drugs, but the Pfizer vaccine was free.

She called for "informed consent" and "more transparency" around the vaccine.

Akuhata-Brown told Local Democracy Reporting the post was intended to question why the world could react with such swiftness to the Covid-19 pandemic, and "push aside" other issues such as homelessness and poverty.

"My challenge to this space is, is this all about money again?"

Akuhata-Brown said she was not posting as an elected member of the health board or council, despite it being made from a public page called "Meredith Akuhata Brown for Participatory Democracy".

"I don't speak on behalf of any of those roles ... this is Meredith Akuhata-Brown who was thinking about something and posted, so admittedly it does pose concerns when I am in positions like I am. But I believe half the time I was elected because of the way I think, the way I question things."

She posted after hearing NZ Outdoors Party co-leader Sue Grey discussing the vaccine on talkback radio, and said she should have made that clear.

Grey wrote to Prime Minister Jacinda Ardern on 31 March claiming the roll-out of the vaccine was illegal.

But she clarified she was not promoting an anti-vaccination stance.

"That would be wrong of me based on my role and the vulnerable communities I serve. I'm promoting information sharing." 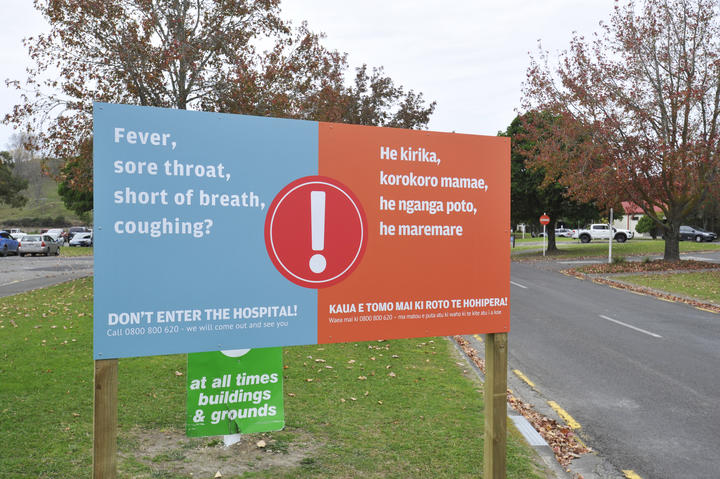 A Covid-19 sign at the entrance to the hospital in Gisborne. Photo: Gisborne Herald / Liam Clayton / LDR

Henare is scheduled to visit Tairawhiti next week as part of a national "roadshow" to convince Kiwis, in particular Māori communities, to be vaccinated against Covid-19.

This includes visiting marae and having hui to answer questions about Covid-19 and the vaccine, face-to-face.

He believed the government was doing enough to communicate information about the vaccine, he said. This would include a vaccine campaign targeted at Māori communities to be released over the next 10 days.

"One of the things that we lean on as a government are the likes of the DHB and our local health providers to be able to provide that information correctly and directly to our people," he said.

This was based on the large, randomised control trial of more than 40,000 people and subsequent real-world data with millions of doses of the vaccine being given every day.

Dr Mansoor said to date, no safety concerns had emerged about the Pfizer vaccine.

"It is proving to be as effective in protecting people as found in the trial.

"Evidence is also emerging that it is nearly as effective at preventing infection as at preventing disease, so we can expect the vaccine to prevent spread too," he said.

Informed consent was very important for people to feel certain of the decision they make to be vaccinated, he said.

Dr Mansoor pointed to resources available on the The Unite Against Covid-19 website, The Immunisation Advisory Centre website or said people could talk to their GP.

Hauora Tairāwhiti had also put together a brochure of frequently-asked questions.

"I am always keen to hear what people need to know to assist them in making a decision," Dr Mansoor said.