Masterton's playground tractors might now be restored to the Kids Own Playground after another late reprieve from councillors. 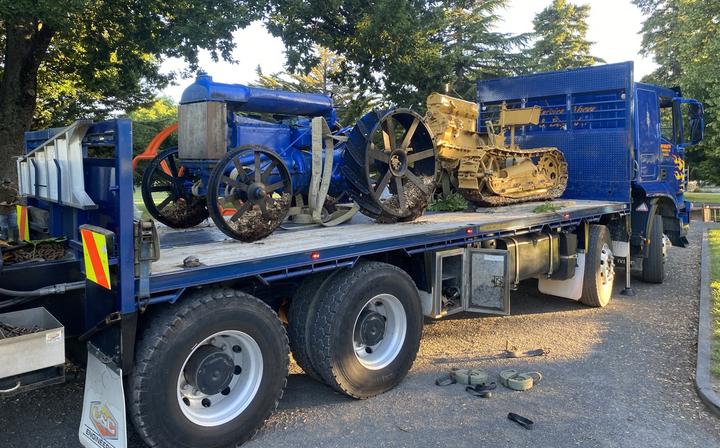 The vehicles are removed from Masterton's Queen Elizabeth Park to Bentley St yard in December, where they remain. Photo: Wairarapa Times Age via LDR

At a Masterton District Council (MDC) meeting tonight, councillors backed an amendment by Bex Johnson to seek community expressions of interest (EOI) to bring the two vintage vehicles up to modern standards.

In December, the 1930s farm equipment was moved from Queen Elizabeth Park after 60 years, when MDC staff recommended their removal following a safety report.

This week, council staff again pushed for their eviction, citing a $60,000 repair estimate. However, Johnson's resolution passed eight to one.

Much like the Civic Centre, whose future is again debated in the council's long term plan which launched today, their future remained in the balance.

Staff would seek EOIs from organisations such as Rotary, the local Friends of the Park (FOTP) group, and the original donors.

Conditions would include that the pair would not be reinstalled on council land unless they had been independently audited, at the council's cost, and met the relevant playground standards.

MDC was prepared to contribute up to $10,000 towards costs incurred by the successful organisation, and would cover transport costs.

Preference would be given to those who were interested in taking both pieces of equipment.

If no-one wanted to take on the work, MDC would then "dispose of them in the most appropriate manner", including offering the duo to the original owner's descendants.

The community would then be consulted on replacements.

Tim Nelson, who was the lone voice against the amendment, said the council should cover the full costs of the repairs.

"I think that the council should pay the full costs and the tractors should stay in the park."

It had cost the council about $1800 to transport the pair from Queen Elizabeth Park to its current location on Bentley St.

MDC senior staffer Phil Evans, who wrote the new report, said any repair process would involve moving the items up to five times.

Mayor Lyn Patterson backed Johnson's proposal. She said she was taking calls from "reputable" people "who wanted to work alongside others in the community to get this done". 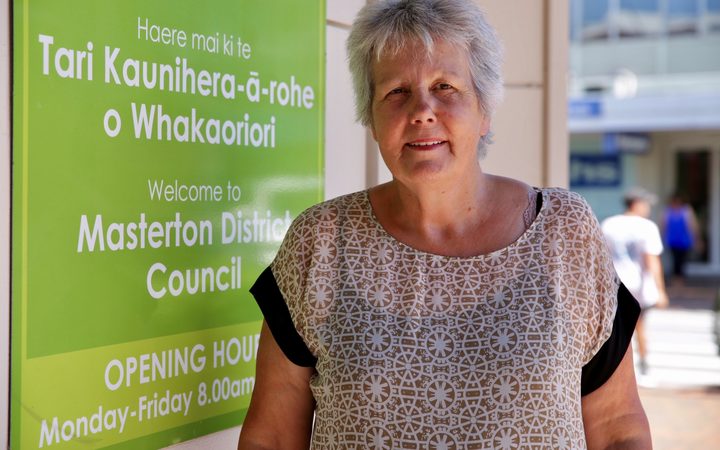 Volunteers contributed to many of the park's features, and Patterson said these repair could be done similarly.

"To me, it fits in with that thinking, the community getting behind to do something which they see the value in, and taking forward."

Johnson, who voiced a poetic turn last year on the Town Hall debate, once again spoke eloquently to persuade her colleagues.

"If your neighbour falls in a hole, lend him your spade. Well, we're lending our spade.

"We're going to hope we get the result everybody wants, which is to get the tractor and the bulldozer back at the park in a safe state, so generations to come can continue to play on them."

Graham Dick, of the local volunteer group FOTP, made a public submission during the meeting. He said FOTP made an offer to fix the equipment onsite at no cost to the ratepayer, but had not heard when they were removed in December.

"We feel this is a classic example of council ignoring local expertise at the cost of the ratepayer," he said.

A hastily arranged feedback session was held at the playground on Sunday, but Dick said FOTP was not invited and did not appear.

"Members of FOTP involved are feeling pretty aggrieved at this time."

The mayor had apologised for this, Dick said, and councillor Brent Gare, who called the session, apologised during yesterday's meeting. 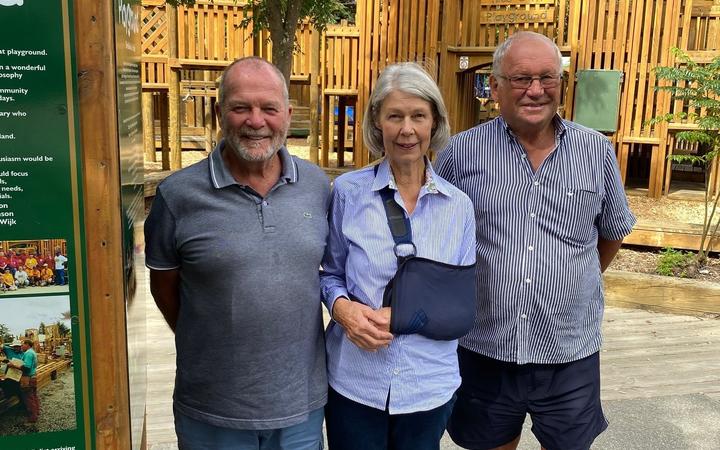 Dick said the group, including engineer Paul Foster, had estimated repair costs between $7000 and $15,000, "bearing in mind that we haven't examined in detail the safety audit".

After the meeting, Dick said the amendment was a "positive outcome".

"At least we can look deeply at getting them brought up to standard, and brought back to the park."

However, fellow FOTP member Paul Foster said it was a "disappointment" things had reached this stage.

"Every time the councillors go to a meeting, they get paid.

"We've spent thousands of dollars. We spent a whole lot of money that we didn't have to spend."

He believed the council should have accepted the community's earlier offers.

The organisation would discuss whether to put in an EOI at its next annual general meeting on 12 April.

A progress report would land at a future MDC infrastructure and services committee meeting. The next was scheduled for 28 April.