A gang turf war gripped the South Auckland suburb in late 2020, forcing a school into lock down and armed police to patrol the streets. Community leaders are now warning the cycle of violent retribution could continue in 2021, unless radical interventions are made. 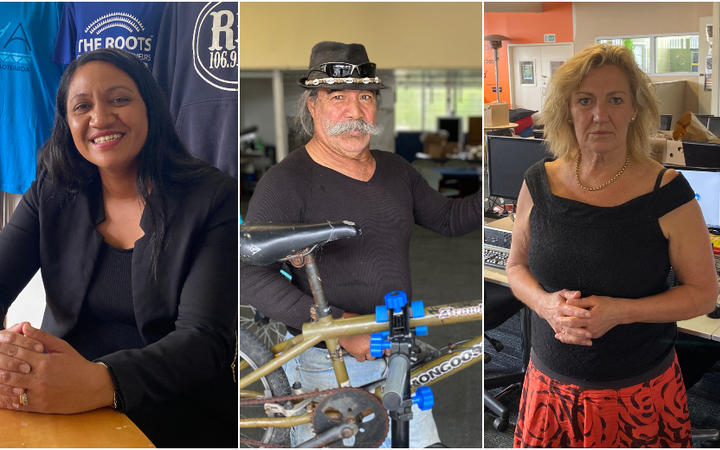 The violent altercations that loomed large in Ōtara last year could return in 2021 if new gangs continue to challenge the Killer Beez' control of the drug market, according to a source with close links to the gang.

Late last year there was a series of violent run-ins between rival gangs, including an incident where shots were heard outside a school, forcing pupils and teachers at Mayfield Primary into lockdown as a security precaution. On November 24, police arrested an 18-year-old man and charged him in relation to the shootings.

An Ōtara-based community worker, who does not wish to be named, said a new gang tried to muscle its way into the suburb, leading to a spate of shootings in November.

"The recent shootings were more about outsiders [rival gangs] trying to set up their own 'bullet' or drug shops. When the shootings took place, it was to remove these rival bullet shops from Ōtara - so the original dealers could still operate," they said.

"These shops were everywhere and in some instances there were two shops on the same street. That doesn't usually happen."

Our source said the firearms helping fuel the violence were stolen from gun shops. One reason for the recent shootings was the new drug dealers' failure to pay for the privilege of selling their product, they said.

According to police, a truce was agreed between rival gangs at the end of November 2020. Our source believed the agreement was in fact between the Tribesmen and the Killer Beez to stop the cycles of revenge following the shooting of Killer Beez leader Josh Masters.

"When Josh got out of prison he tried to take ownership of Ōtara, and the other main gang who 'own' Ōtara are the Tribesmen," the source said.

"They are an older group, who are essentially the uncles and fathers of the Killer Beez members.

"When he tried to take ownership, it was about him trying to clear out the space for himself - which is what led to earlier shootings. So the truce was really about the Killer Beez not seeking revenge for that earlier shooting of Josh Masters."

Inter-gang rivalries aren't particularly new to Ōtara, but according to youth workers and community leaders, their violent impact on the area could be reduced.

Shardae Komene, operations manager for the 274 Boundary community house in Ōtara, said joining a gang was often the most attractive option for a young person frustrated by a lack of opportunities and without a sense of belonging.

"My family has lived in Ōtara since it was first developed. For many of our friends, whose dads were in gangs, they just see it as a natural pathway. They see their uncles riding motorbikes and they think, 'I want to own a bike, I want to cruise around like them'.

"Our youth progress from washing windows at intersections, to getting a push bike and then getting a dirt bike, and then you don't see them for a while until you see them going for Sunday rides on their motorcycles." 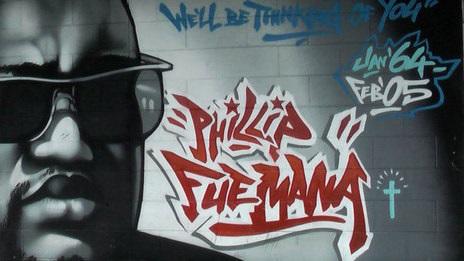 Komene's community hub on Ōtara's southern edge offers young people a range of services, including a music studio and a technology lab to try their hand at architecture, graphic design and computer coding.

"[Keeping youth from joining gangs] starts from creating a sense of connectedness," she said. "And it's also about creating opportunities, then making sure the opportunities that are being offered are better than what we're asking young people to turn their backs on - like, will the young people get a sense of meaning from what they are doing?"

Sully Paea was a member of one of Ōtara's first gangs, the Stormtroopers, in the 1970s, but after realising the path it was taking him down he quit to take up youth work instead.

"The only reason I joined the gang was because they were in the neighbourhood that I lived, and the leader was the drummer of the band I was in," Paea said.

"I was looking for something myself, as I had lost my identity and was kind of lost. I ended up becoming an alcoholic - I drank too much and I was in a mess, so I decided this was not for me."

He founded Crosspower, a youth work agency which over almost 40 years has helped thousands of people.

"Through the 1980s and early 90s, it was the height of the dramas. There was a lot of vandalism, graffiti, and gang stuff, but from about 1994 a lot of good things started to happen here.

"When we got government funding we started to do well, and we were probably one of the biggest youth organisations in South Auckland - employing up to 20-something youth workers - and most of those were on the front lines, out there meeting kids going to and from school, or in the alleyways and parks."

Komene remembers those times and believes there's a generation of Ōtara youth who didn't join gangs because of the success of Paea's programmes.

"In the 1990s and early 2000s, before the uprising of the Killer Beez, there was a dip in gang activity and their recruitment of young people.

"Crosspower and the 274 Youth Core [youth service] were out in the parks delivering stuff for young people. Gang members' kids were getting engaged in sports and the arts.

"It was MSD [Ministry of Social Development] funded, and as a result you have a generation of kids who were saved from joining the gangs." 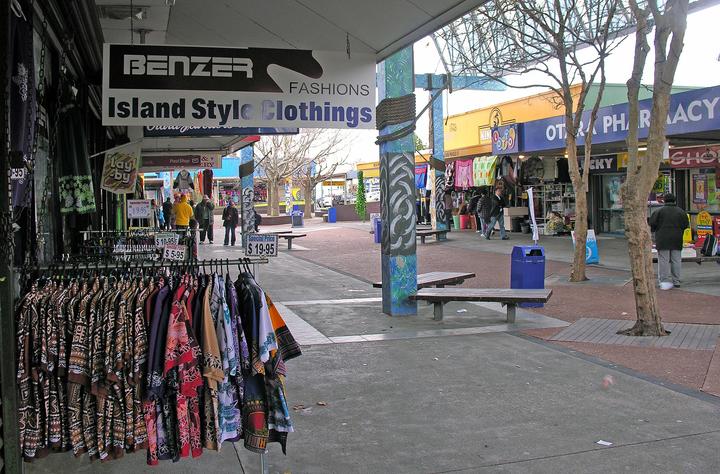 When Paea's funding was cut, he was told there weren't enough issues in the community to justify funding his programme, and as a result he had to scale back his operations.

"We were right on top of it, and then the government took away our funding and we were told it's not a priority, and there's not enough problems."

He's now focusing his energy on getting young people more engaged with their schooling, starting with helping children learn to read.

"But if we educate our children enough to give them the tools to learn, by the time they are older they will be knowledgeable to do things, like how to save money and how to run a business."

Judy Speight, who for the last 10 years has been running Accelerating Aotearoa, a charity focused on technology education in Ōtara, has a similar view.

Speight said the schools need to step up so young people are less likely to drop out and become targets for gangs.

"What we see is a lot of youth getting disengaged from school," she said. "What is really frightening is a 12-year-old who leaves school. The gangs give them clothes and dirt bikes.

"What we really need is a review of many of our South Auckland schools, because they aren't doing a service to their community. We need to get our kids excited about learning and giving them the tools to succeed in learning, and I think the STEM [Science, Technology, Engineering and Maths] conversation is a really good place to start."

Along with running STEM-related after-school and school holiday programmes, Speight was also focused on helping the children's parents.

"A lot of kids come to our programmes because it's safe, it's fun and they are doing stuff that is meaningful, but we're also trying to get mum and dad into jobs, so they can get ahead.

"We had helped one dad who had done some prison time, he had 13 kids with his wife. No employer would touch him. And when we got him a job, he just broke down in tears. We've helped 200 people in the last 18 months getting into work."

It takes a village

Regarding the increased gang activity in the last 12 months, Inspector Wendy Spiller, police area commander for Counties Manukau East, says police try to follow up on all suspicious activity, but it's going to take more than just further arrests to remedy Ōtara's issues.

"Police have often said that getting illegal drugs off our streets is not something we can solve alone, or a problem we can arrest our way out of. It requires a whole-of-community approach to tackling this issue," she said.

"Ōtara has been in the media recently, and it is disappointing for both police and community leaders to constantly see the negative being focused on, as we know Ōtara is a great community with incredible heart. We urge any person who believes there is harm being caused in our community by illegal activity to report it to police."

Auckland councillor Fa'anana Efeso Collins grew up in Ōtara and said it will take a holistic community response to undo decades of neglect.

"Quite simply, the gangs pick up youth who've been rejected by society," he said. "New Zealand is segregated on the basis of school decile, postcode and deprivation. [Therefore] our homes, schools, churches and sports teams must be resourced to provide the nurturing experiences for our young people to thrive." 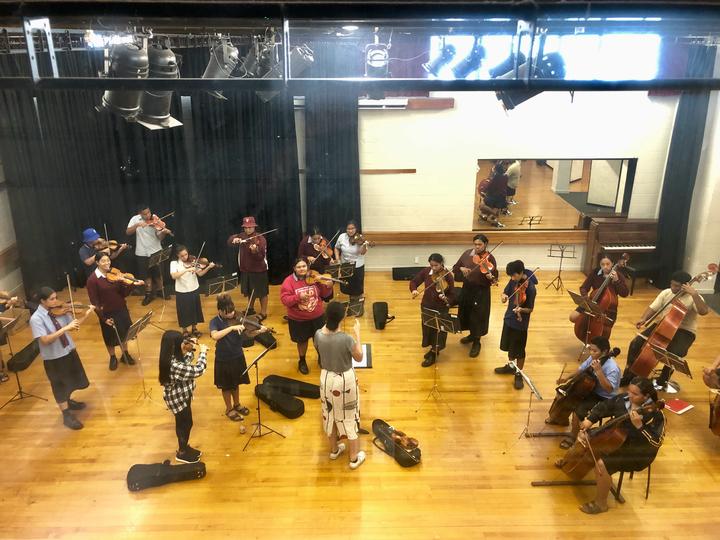 Panmure-Ōtāhuhu electorate MP Jenny Salesa said a previous Labour-led government put in place a four-year $10 million action plan in 2006 involving youth workers and wrap-around services for high-risk families, but this was not continued under the subsequent National-led government.

She said evidence showed such an approach worked in the past, and she will be advocating for a similar action plan to be put into place.

"As the local MP for Ōtara, I strongly believe that we should learn from what has already worked successfully. Gang-related activities must be addressed at all levels, including children, youth, families."

Paea said he would welcome a return to such an approach.

"It all comes down to poverty.

"But when the government funds things, we can do well here."