A couple from the United Kingdom has "lost everything" after the vehicle they were living in caught fire at a Marlborough camping site. 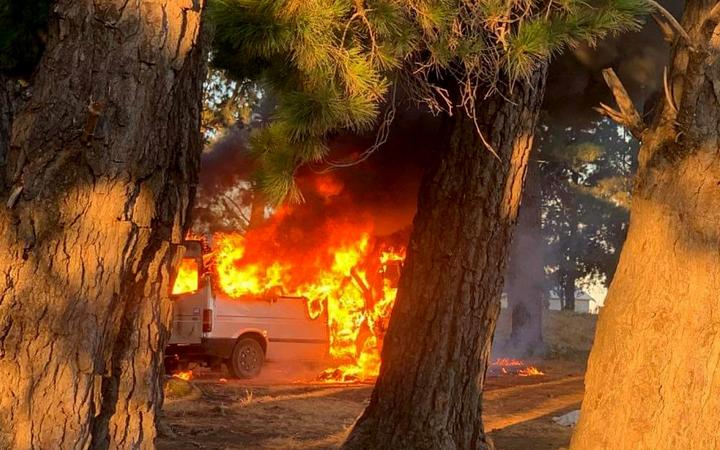 A couple travelling New Zealand in a freedom camper they converted themselves have “lost everything” after their first night in the South Island. Photo: LDR / Supplied

Emergency services responded to the fire at the Wairau Diversion, north of Blenheim, about 8.30pm on Monday after noticing smoke during a training session at the nearby river.

At the same time, the couple - who want to remain anonymous - were metres away eating dinner with other campers when they noticed smoke coming from their vehicle.

They thanked the Rarangi Volunteer Fire Brigade for trying to save their camper, "but it was too late ... We don't have much left".

The couple had been living in New Zealand since February last year, but moved into the self-contained minibus about five months ago. They converted the vehicle themselves. 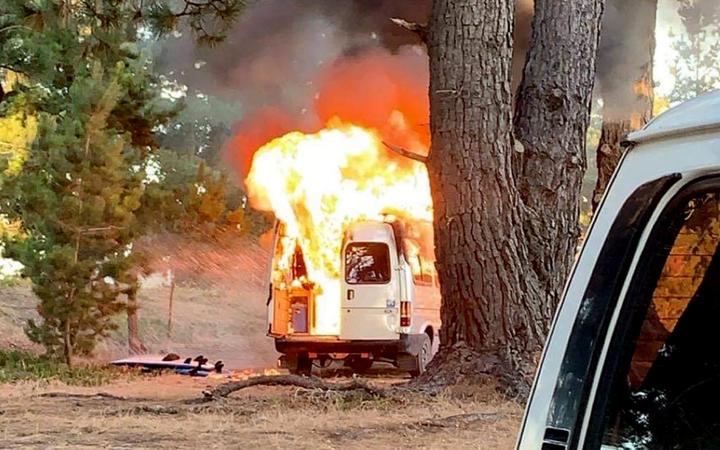 The fire happened on their first night in the South Island at a freedom camping site run by the Marlborough District Council.

A council spokesperson said the council believed a camping gas canister had exploded.

"[The] council will work with the individuals involved and insurers to undertake [the] removal of the van," she said.

Fire and Emergency New Zealand senior fire investigator John Foley said a firefighter would visit the vehicle to determine the cause of the fire. But the outcome depended on how much damage the vehicle had sustained. 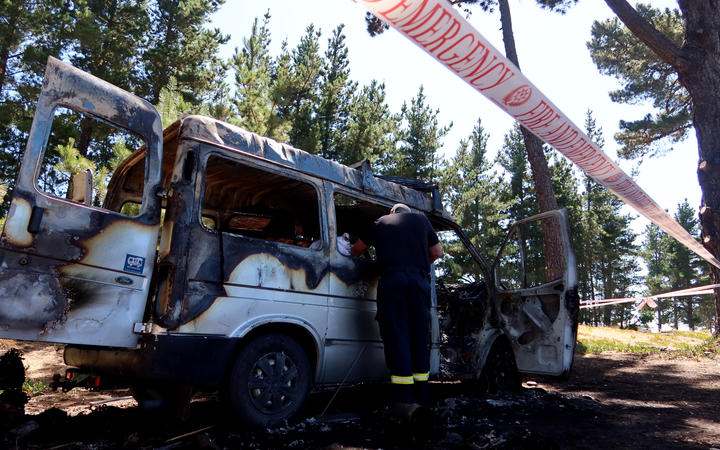 Firefighters investigate the cause of the fire on Tuesday morning. Photo: LDR / Chloe Ranford

Other diversion campers recounted their surprise at the fire.

Ashleigh Gibson, from Northland, and Max Cumpstone, from Waikato, had just settled in for their first night of camping in the Wairau Diversion when the neighbouring van "blew up".

"We didn't hear or smell anything that indicated it was on fire."

The pair tried to bucket water from the Wairau River to control the fire, but said by then the vehicle was already too far gone.

Others threw water on the grass to stop the fire spreading. 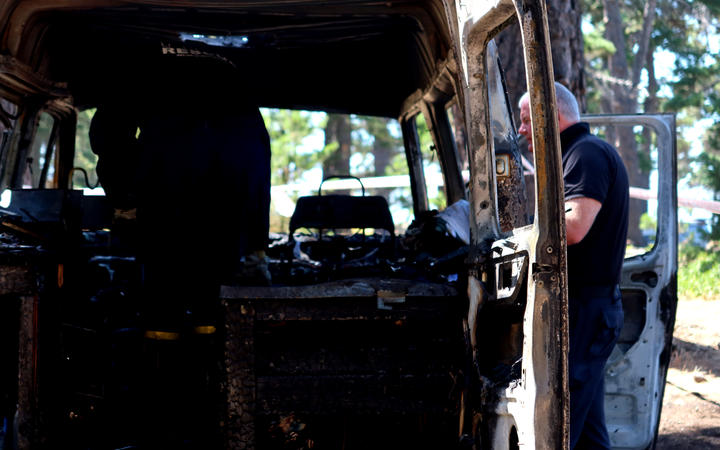 What remains of the couple’s “home away from home”. Photo: LDR / Chloe Ranford

The German tourists the couple were having dinner with, who wanted to remain anonymous, said the flames spread quickly.

"It felt like it was over in the space of a couple of minutes."

Michel Nebel and Rahel Haener, visiting from Queenstown, didn't know about the fire until they heard a loud explosion.

"We popped our head over to see what had happened and saw the van was engulfed in flames ... It didn't burn very long. It was over in about five or 10 minutes, tops. It was scary." 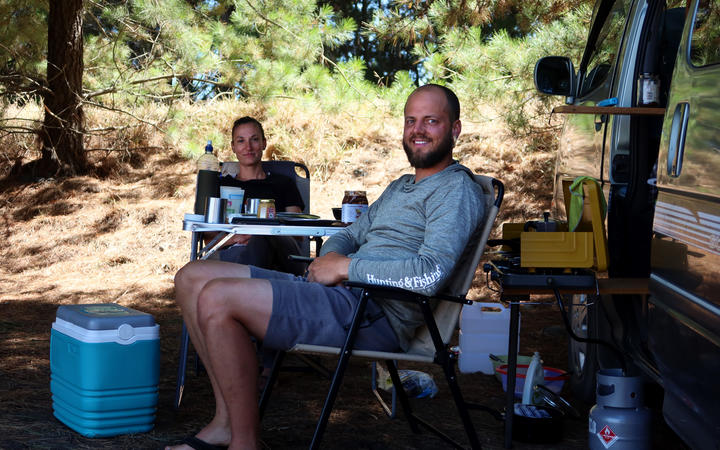 A woman from near Auckland, who also wanted to remain anonymous, could not bring herself to look at the wreckage.

"I feel so terrible for them. You couldn't even smell smoke."

Marlborough woman Janelle White was collecting donations for the couple, asking if any locals could help the UK couple who had "lost everything". She said on Tuesday she had already received an "incredible response".

The community had donated enough clothes, bedding and hygiene products to replace those that had been destroyed, but White said she was still on the lookout for camping gear. 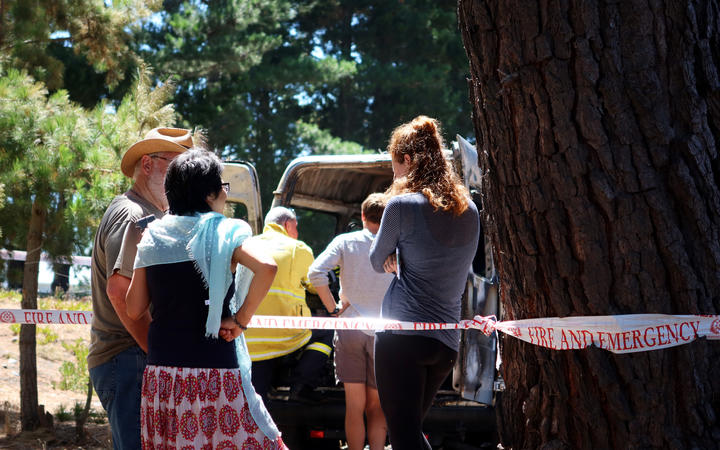 Police said they did not respond to the fire.

The Wairau Diversion was one of five freedom camping sites managed by the council. The council was considering improving the site's layout to enhance its health and safety.

The site could take up to 75 freedom camping vehicles.