The recent restoration project on Masterton's The Last Anzac statue has revived an eight-decade old mystery. 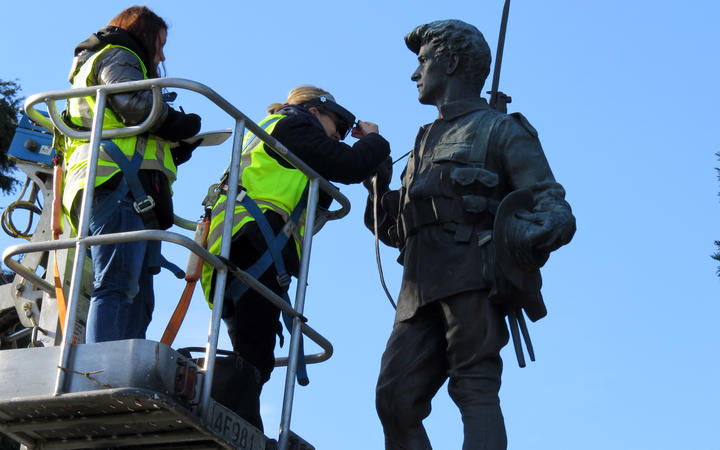 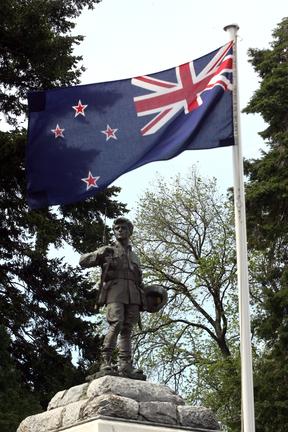 Izzo and colleague Maria Pagu gave the 1923 Frank Lynch sculpture a once over for corrosion and any other deterioration, using a cherry picker.

The duo found the medal at the feet of the sculpture. The sculpture is a likeness of the artist's brother, at ease and waiting on for evacuation from Anzac Cove.

The January 1916 evacuation ended the ill-fated campaign, most famous for its 25 April landing.

"We noted a WWII medal placed at the feet of the solider," Izzo said. "We thought this was interesting. A World War II medal on a World War I memorial. Two different wars."

"We don't know how it got there, as the plinth is quite high.

"It is quite special. Obviously someone thought it was the best place for it, at the feet of the soldier." 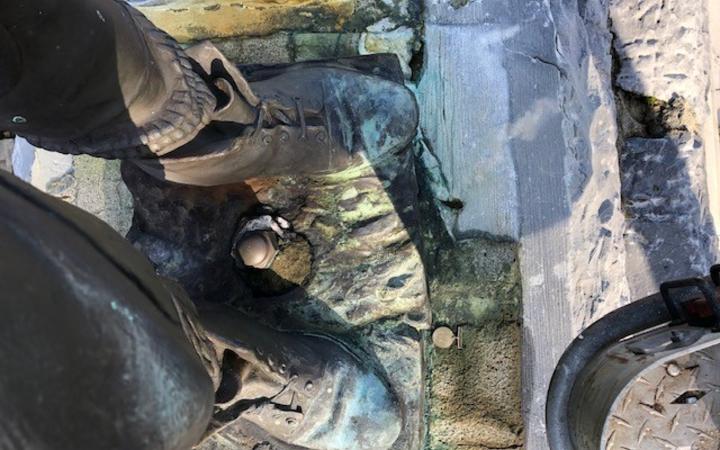 Masterton's chief archivist Gareth Winter said he thought the medal was a British service medal, not for valour, and appears to be one issued to British troops.

Izzo now has the medal in her studio, and will compile a report on her findings for Masterton District Council to consider its next steps.