A tiny home is at the centre of a complex court dispute in Marlborough over whether it is a building or a vehicle. 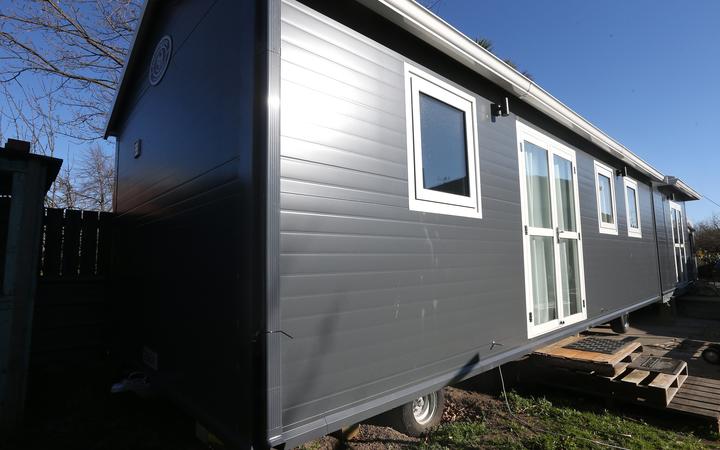 This tiny house on wheels in the backyard of a Renwick house is at the centre of a dispute between council, builders and MBIE over whether it is a building or a vehicle. Photo: Stuff / Scott Hammond

Eco Cottages is trying to prove a client's 'tiny house' - two units pushed together - is a vehicle after it was issued a notice to fix by the Marlborough District Council last year for being a building.

The Ministry of Business, Innovation and Employment (MBIE) agreed it was a building last July, but would not uphold the notice to fix, as the council had inadequately described the tiny house.

Council lawyer Nathan Speir said at an appeal hearing in the Blenheim District Court on Friday while there were "shortcomings" in the council's notice, it was based on reasonable grounds that the dwelling was unsafe.

The units were connected together and one was on a "stack" of wooden blocks, "in what resembled almost a Lego exercise".

This breached the Building Code, he said. Placing a dwelling on wooden blocks and connecting it to another unit also counted as building work under the Building Act, which required consent. 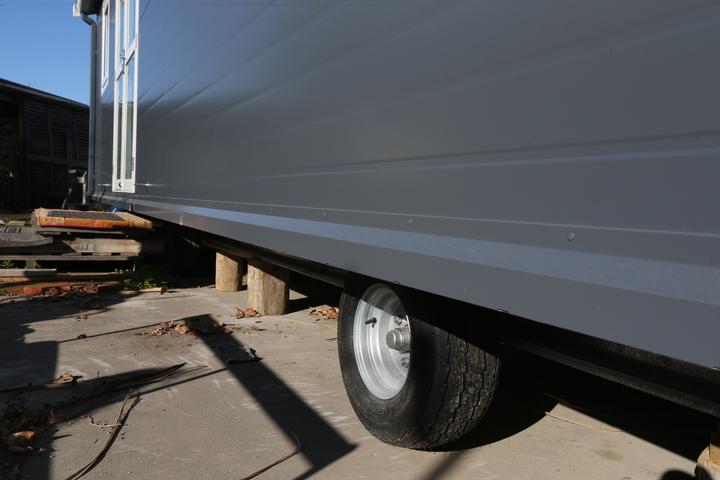 The home, based in Renwick, Marlborough, is made from two units pushed together Photo: Stuff / Scott Hammond

"I don't think much more evidence was needed for the council to say, 'Actually, this might not be structurally sound' ... You just need to look at it to think, 'This may be an issue in an earthquake'."

But ministry lawyer Greg LaHood argued putting a dwelling on wooden blocks was not building work under the Act, and that the Building Code did not specify how building should be stabilised.

If the council was actually concerned the unit would fall off its blocks, it could have issued a dangerous building notice, he said.

Eco Cottages New Zealand lawyer Peter Richardson said it was "implausible" for the placement of wooden "stabilisers" to count as building work, and if the judge ruled this was the case, it would cause several of the ministry's other determinations to be incorrect.

The blocks were "amenities" that stopped vibrations and made life more pleasant for the owner, but the units were already stable.

He said if Judge Tony Zohrab ruled the units were buildings, then he should annul the notice to fix, as there was no building work done.

But Richardson first called for the judge to determine the units were vehicles - not a building, as found by the ministry and the council - as they were readily movable, not connected to a foundation or services, and could be separated from each other in 30 minutes.

"They're designed to be moved from place to place, and their functional characteristics mean they can be moved," he said.

Council lawyer Laura Bielby said the units did not have a warrant of fitness, breaks or turn signals, and were not readily moveable.

"While they do have wheels, the purpose of wheels is to perhaps make it slightly easier to move them around the site, but they are not intended to assist with road transportation," she said on Friday.

"This is not like a caravan. You can see the owner's caravan parked next to these structures. That is what they use to do their travelling.

"[Eco Cottages] is trying to fit this round peg into a square hole."

LaHood agreed, saying the ministry found there were no indications the units would be moved, despite the fact they had wheels.

Last year a spokesperson for the tiny house's owner said the family had sought advice from the council while establishing the units, and understood it would be treated as a caravan due to its wheels.

It was not the first time one of Eco Cottage's tiny houses had been classified as a building. It also went in to bat for the owner of a Spring Creek tiny home in 2017, which was classified as a vehicle.

Judge Zohrab did not have a deadline for his decision.