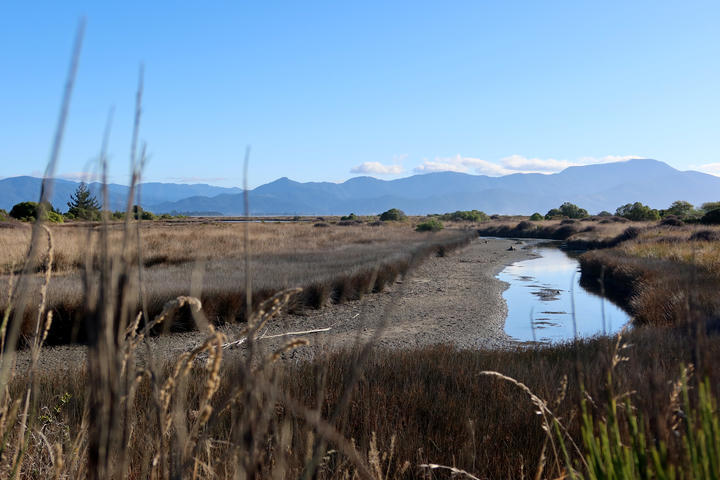 Land north of Marlborough's Wairau Bar is home to more than 30 archaeological sites, but iwi say they are not protected by a new environment plan. Photo: LDR / Chloe Randford

But the plan does not include or protect unregistered heritage sites, argue four iwi, who have each launched an appeal against the plan.

Ngāti Kuia said in their appeal document there were "potentially hundreds" of significant sites identified by iwi during the Treaty of Waitangi settlement process, but "very few" were in the council's plan.

The rūnanga said that in the past, listing sites had led to them being damaged by land use or people deliberately scavenging for artefacts.

Ngāti Kuia thought sites could be better protected by removing the "limiting" reference to the list in the definition for significant sites.

Rangitāne's appeal document, lodged with the Environment Court, said the council should put down a policy which allowed heritage sites that were not on the list to be recognised and protected.

They pointed out an area north of the Wairau Bar and Lagoon had not been listed as a 'significant site' by the council, despite having more than 30 archaeological sites from the 14th and 15th centuries.

"The area is of extreme cultural, spiritual and historic significance to the Rangitāne o Wairau people who have kaitiakitanga over this area."

Part of the area, at Kowhai Pā, was currently the subject of a Heritage New Zealand Pouhere Taonga investigation into an allegation that grapevines had been planted over an archaeological site.

The plan's current heritage outlook was "restricted" and "inadequate".

Canterbury Museum agreed in 2009 to return about 60 of Rangitāne's tūpuna (ancestors) after the remains were taken from the Wairau Bar by archaeologists in the 20th century to study and put in museums.

Te Ātiawa said the plan should define what Māori cultural sites were, so unregistered sites could be better protected.

Ngāi Tahu said as it stood, the plan failed to recognise and protect historic heritage sites from "inappropriate" use or development.

The rūnanga also thought the council failed to recognise and provide for them as tangata whenua, or kaitiaki (guardians), of their land, which Te Ātiawa and Rangitāne o Wairau also appealed on.

Ngāi Tahu said in particular, the environment plan implied it was not for iwi to decide if a plan change or resource consent was likely to affect them, and assigned the regulation of Marlborough's archaeological sites to Heritage New Zealand Pouhere Taonga.

A council spokesman said it would be inappropriate to comment on any appeals at this time, as this could prejudice court proceedings.

The iwi were four of 51 individuals or organisations to appeal the plan before the 8 May deadline. Only those who submitted on the plan during its 3-month-long consultation in 2016 could appeal it.

Te Ātiawa said in their 2016 submission on the plan that it assigned a status to iwi "similar to that of a 'club'", and that it took 'cultural' to mean "nothing more than tribal practices and processes".

Ngāti Kuia's submission, made in 2016, said the process the council had followed in forming some chapters of the plan did not align with the Treaty of Waitangi and was "disappointing in hindsight".

The plan, officially released on 20 February, brings three of the region's plans into a single document and defines what activities are appropriate in Marlborough's urban, rural and coastal environments.

It was expected to save ratepayers money, as the council would only have to review one plan every few years, instead of three.

An Environment Court spokeswoman said submitters had until June 8 to support or oppose any of the appeals made.