Climate change caused by human activity, sea-level rise and the need to prepare for it - it is all a load of hogwash, according to the chairman of the West Coast Regional Council. 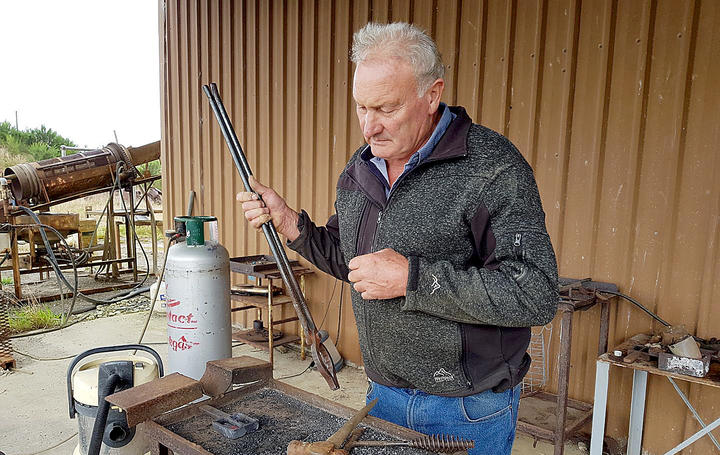 Allan Birchfield, who is known for his forthright views on the subject, has fired another salvo at scientists advising the government on climate risks for New Zealand communities.

Council leaders working through details of the proposed new one district plan for the West Coast yesterday voted to receive a report by senior planner Lois Easton, summarising the hazards the region could be facing in the years to come.

Birchfield voted against receiving the report.

"I don't believe any of it," he said. "It's the biggest rort in the history of human civilisation."

"We have some serious decisions ahead on where we zone residential areas, and grapple with these changes," councillor Laura Coll-McLaughlin said.

"What is our situation if we can't make a decision that fits with the (government) guidelines? What if we decide a new area is appropriate for commercial development but its elevation is not ideal?"

Easton said the report offered guidelines only and it was the job of councils to make those decisions.

Birchfield had an answer for that: "The government has set the level for us on by building the new Buller hospital at sea level. They don't believe it themselves".

The new base hospital in Greymouth was not far above sea level either, Birchfield said.

Makaawhio Runanga chairman Paul Madgwick said he had no problem with climate change science and was not a denier, but wanted to know what data scientists were basing their sea level projections on.

The report had been circulated to Ngāi Tahu and most of the findings and guidelines were well-founded, in his view.

"But it's a bit vague on the sea levels. I'm not disputing that there is more coastal erosion, big sea surges and big storms and the like, but the science around sea level rises raises question marks for me."

A sea level device located at Jackson Bay by scientists had measured no changes in 30 years, according to local fishermen, Madgwick said.

Greymouth councillor Anton Becker wanted to know what a council's liability might be if it ignored the guidelines.

"Regardless of what we think about sea level rise, is there any liability that could come back on council in 20 years for approving a building a house by the sea?" he asked.

That was something councils needed to be thinking about, and planners working on the one plan would be calling for legal advice on that point, Easton said.

"If you made a decision that allowed development without taking a hazard into account... it would put quite a significant liability on councils."

The councillors voted to accept the report, with the exception of Birchfield, who described it as bull****.