An oncologist is warning the promotion of alternative treatments can lead people to delay conventional therapy, after RNZ revealed yesterday that the bleach water Te Kiri Gold was being promoted via testimonial as a cancer treatment. 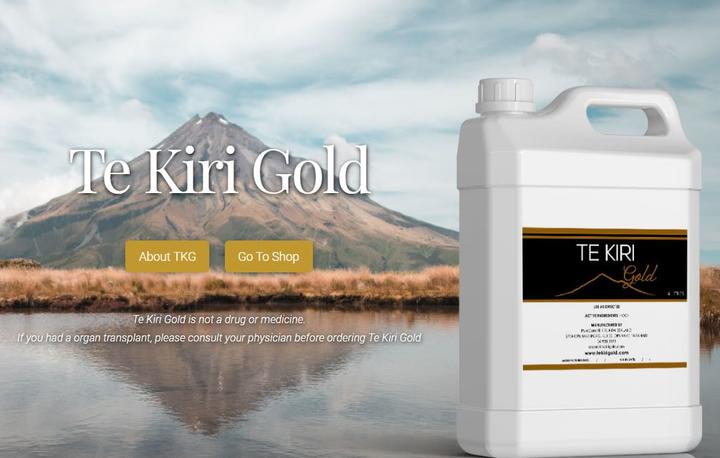 And Consumer New Zealand said the company might be in breach of the Fair Trading Act for making unsubstantiated therapeutic claims about the Taranaki-made bleach water.

Oncologist Dr Richard Isaacs, who has worked in Taranaki since 1996, said he warned patients against the use of alternative therapies like TKG, and that they could interact with, or lead people to delay having conventional treatments.

"I try to have some discussion about treatments or remedies that may interact with conventional therapy, because that can compromise the outcome," he said. "It's mainly been about Vitamin and antioxidant use, but when the publicity came about Te Kiri Gold, that was included in that discussion."

Te Kiri Gold was originally marketed as a cancer treatment until Medsafe warned the business selling it that it was potentially unlawfully supplying an unapproved medicine and one of its owners, a doctor, was deregistered for testing it on patients.

Isaacs said the use of alternative anticancer treatments was common in Taranaki, though he had seen fewer patients taking TKG in recent years. He said some alternative treatments - particularly high dose Vitamin C - could interact with conventional medicines and cause harm or compromise outcomes.

Isaacs also said there was a risk that people using alternative therapies would delay conventional treatment, meaning when they did see an oncologist, their cancer was more advanced.

The co-owner of the company that makes TKG, Taranaki farmer Vern Coxhead, told RNZ he sometimes put prospective customers in touch with current Te Kiri Gold users who believed they had been cured by drinking the substance.

Coxhead acknowledged he could not make therapeutic claims about TKG, but he told RNZ that what other users said about the product was "their own business".

Isaacs said the use of testimonials was a common practice among people who promoted alternative cancer treatments. "They base any benefits on anecdote rather than proper research. It's a recognised practice and it makes me very suspicious when that is happening.

"For patients with cancer - particularly those where the cancer has spread, and is advancing and where their life is threatened - it's a very frightening place to be. And when people promise or offer interventions that may improve outcomes, it's something that people will grasp at."

Isaacs said there was a belief among some that conventional doctors and cancer specialists were "under the thumb of pharmaceutical companies", sometimes collectively referred to as 'big pharma', and were "only promoting products because we get a cut".

He said that was "absolutely untrue".

Medsafe said that advertising an unapproved medicine by testimonial was not permitted under the Medicines Act.

And Consumer New Zealand head of research Jessica Wilson said the claims made about TKG via testimonial were also at risk of breaching the Fair Trading Act.

But Wilson said that under the Fair Trading Act, the Commerce Commission had limited powers to take action against a business like Coxhead's.

"Certainly if there were more effective enforcement tools available to the Commerce Commission it may be simpler for it to take actions - such as issuing infringement notice fines… where traders are making unsubstantiated claims."

She said Consumer New Zealand - a consumer advocacy organisation - had been pushing for changes to the Fair Trading Act that would make it easier for traders to be "called out" and for meaningful penalties to be imposed "when there is a clear cut breach of the Act."

Despite investigations by the Commerce Commission and Medsafe, there has been no financial penalty imposed on Coxhead under the Fair Trading or Medicines Acts for the sale and promotion, via testimonial, of TKG as a cancer treatment.

"There are situations where the most a trader might get is a warning letter," Wilson said.

"In our view, what sends a really clear message to the industry where these kinds of claims are being made, are situations where there's a financial penalty if you don't comply with the law. If you're only getting a warning letter, traders are more likely to ignore that and not take it seriously."