Plans to collect data by putting sensors in thousands of state houses could result in the information being used to cut benefit payments or even evict tenants, a charity familiar with the project says.

From next May, Kāinga Ora - Housing New Zealand's successor - wants to begin installing multiple sensors in up to 2000 state houses as part of its Smart Homes project.

The sensors would measure internal humidity and temperature, carbon dioxide levels, light and air pressure, and external temperature and humidity. In some houses, sensors would also collect information about power consumption on up to six separate circuits in each house.

The data, which could be collected for as long as eight years, could be used to work out patterns as granular as when lights were switched on or off, when curtains were drawn, and occupancy patterns in the house. 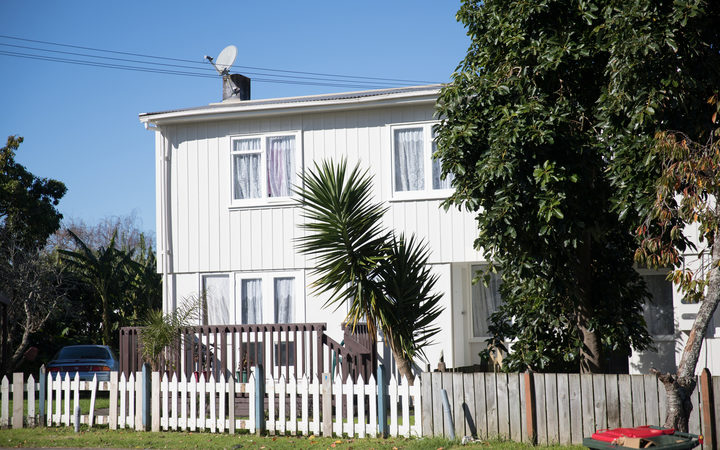 According to the project's Request for Proposals (RFP), the aim is to "better understand how [Kāinga Ora] customers use their homes and what barriers there may be to keeping their homes warm, dry and healthy for themselves and their whānau".

Answers to questions from RFP respondents indicated some of the information Kāinga Ora was hoping to collect.

In a response to a question about light sensors, the agency said, "At a minimum, we are seeking to understand if curtains are drawn during the day, and whether lights are on at night".

The air pressure monitoring would be used "to understand occupancy and ventilation patterns".

However, the charity Whare Hauora, which provides similar sensors for whānau to use in their own homes, said the scope of the information the project proposed to collect was unnecessary and invasive.

"They've taken a technology that they think is cool and then they're applying it to our vulnerable families whole-hog, and they're not seeing the impacts," Whare Hauora kaiwhakahaere (chief executive) Hīria Te Rangi said. "They're just not thinking it though."

Despite reassurances from Kāinga Ora, the charity feared the data could be misused by officials - including as evidence to evict families for overcrowding or cut benefit payments for sole parents who had someone sleeping over.

The charity's concerns were so great that it had chosen not to tender for the project, Ms Te Rangi said.

It wanted the agency to hit pause on the project while it was re-designed with improved ethics and better engagement with tenants.

In a notice to RFP respondents, Kāinga Ora said it would not be using carbon dioxide to measure overcrowding.

Whare Hauora director Amber Craig said she was wary of that.

"To be honest, I'm a Māori woman who has been proven right time and time again not to trust the government with our data.

"Although they say at the moment that they're not going to use the data in that way, my concern is that there is no visibility if they ... suddenly then use that data in not very good ways."

For that reason, tenants should retain ownership of the data, with full access to their own information and the ability to opt out of certain measurements or research projects, she said.

"[Currently] there's no opt-in or opt-out, it's a full, you opt into everything."

Kāinga Ora did not respond to RNZ's specific questions about the Smart Homes project or agree to an interview.

The questions included whether Kāinga Ora would allow tenants proactive access to their data, rather than only through Privacy Act requests; whether tenants would be able to opt out of specific research projects or types of data collection; what engagement or input tenants had been able to have into the design of the Smart Homes project; and what safeguards were in place to prevent the data being used in punitive ways.

In a statement, national portfolio manager Monique Fouwler said the extra information from the sensors would help the agency to work with tenants "to improve and enhance their home's performance, including trialling different or innovative products, components or services".

"We will be clear that this information will not be used for other purposes, such as understanding overcrowding," she said.

The first results of a pilot in Lower Hutt and Palmerston North had provided "valuable insights", Ms Fouwler said.

"This has included actions they can take such as extra ventilation, or property remediation for us to carry out in some cases."

Tenants would be provided with a detailed consent form and their relationship with Kāinga Ora would not be affected if they choose not to participate, she said.

The RFP's customer privacy information statement said the data collected would be treated as "personal information belonging to our customer [tenant]".

However, the proposed contract attached to the RFP stated under a data ownership requirement that "all data associated to the location, sensor collected statistics must solely be for the ownership and use of Kāinga Ora".

Hīria Te Rangi said anecdotal evidence from some tenants in the pilot study was that they had not yet seen any of their data, nor did they understand all the potential uses.

"This needs to be reframed. There's a level of responsibility that Kāinga Ora's showing around wanting to do better, and then putting themselves out there ... trying to demonstrate that they have a share in their tenants' health."

Because houses were often so cold, families were forced to congregate in one room, which could lead to dangerous levels of the gas, Mr Powers said.

Although some studies in controlled environments had shown carbon dioxide could be used to measure occupancy, he did not think that would be possible in Kāinga Ora's study.

"I've not seen any studies where you've got residential dwellings with doors, rooms, openable windows ... whether there are pets there - all of that information would make it difficult to assess it."

University of Auckland senior lecturer Donna Cormack, who specialises in Māori health and data sovereignty, said it was important that everybody had the chance to live in a safe, healthy home.

However, she did not get the sense from the RFP that Kāinga Ora had properly considered all the implications of its project.

Even if Kāinga Ora's intentions were good, she was still concerned about "a creeping, increasing type of surveillance capacity being built ... without mechanisms that allow communities to be really engaged in the process".

"Any technology or research project where we're introducing a device that allows for quite an intrusive level of surveillance ... particularly where those technologies are controlled by government agencies or corporations, I think need to be approached very carefully."

*This story was updated on 18 December, 2019 to reflect an additional interview and clarify the questions asked of Kāinga Ora.