While some in New Zealand struggle to afford prescription medicines, $40 million of unused pharmaceuticals are dumped in landfills each year. Is there a better way to deal with both the waste and the want? Amy Nelmes Bissett investigates. 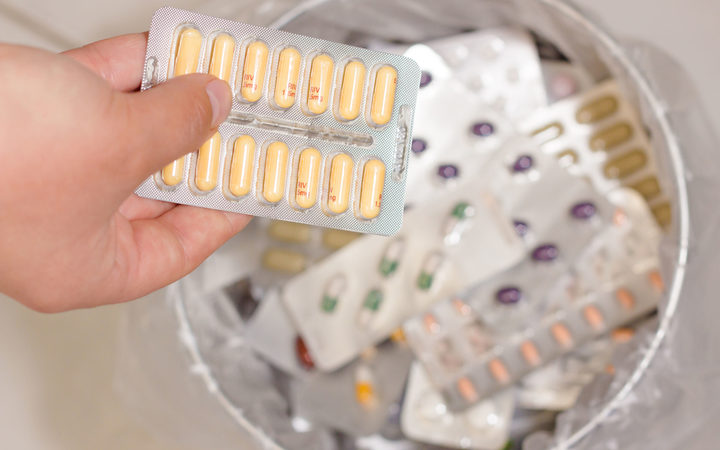 The last time Gen Monroe stepped outside, half of her body began to tingle before she blacked out and was found lying in the street. These days she only leaves her home in South Wellington to go to the pharmacy where she picks up the four different drugs she takes every day.

The tingling and black outs are only a few of the many health problems Monroe has had to deal with over the past five years. In 2012, eight papers away from completing a degree in health and environmental science, she broke her neck and sustained permanent nerve damage. It changed her life forever. "It was 1mm off a break that would have killed me. Everyone says I'm lucky, that I'm brave but I don't feel like that. I feel like I'm surviving."

Monroe, 30, has never been able to finish her degree or chase her dream of being an environmentalist. In fact, she has never been able to get a job, or even enjoy the simplicity of popping out with friends. These days her focus is on making her weekly $530 benefit last. She has to pay rent, utility bills, food and a $5 charge for each of her first 20 prescriptions of the year before government funding kicks in to cover the full cost of the medications.

She can't make it work. "It's actually impossible to live off $500 a week in New Zealand and there are people out there who are on far less than me. My rent alone is half of that, add in electricity and my phone bill and that means when it comes to my prescription, I have to pick what I really need and then wait for the rest when the next pay comes in. $100 for medication might not seem like a lot, but it's a lot when you are stuck in a poverty trap. I would love to work." 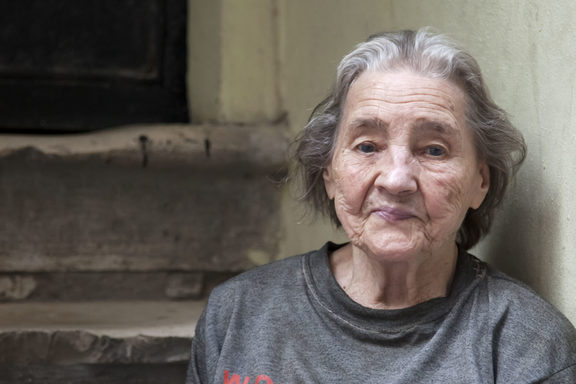 Seven percent of people a year don't fill a prescription because of cost. Women are more likely than men to go without medicine Photo: 123RF

Monroe is not alone. The most recent Ministry of Health New Zealand Health Survey shows that 268,000 adults (7 percent) and 37,000 children (3.9 percent) leave a prescription unfilled each year because of cost.

In New Zealand, prescription medicines are subsidised under a co-payment system, which means most people are charged $5 for each of their first 20 prescriptions of the year, and the government covers the rest of the cost. Compared to other countries, the cost is low. But pharmacist Kas Govind, from Cannons Creek Pharmacy, a poor suburb in Porirua, says that doesn't mean all New Zealanders can afford the $5 fee.

At his pharmacy, there's a shelf filled with medications for "no shows" - people who dropped off their script and never returned to pick up their medication. "It's a national issue. Why? Because in lower socio-economic areas, they're on a very low wage and it's just not enough to go around. It's a case of paying for electricity or medicine.

"It's a hard choice but really, it shouldn't be their choice. It should be the government's choice. How much does it cost to stay in hospital because you haven't been able to afford medicine? $400 or $500 a day. When you look at it like that, it's bonkers."

But what happens to these medicines that are never collected? 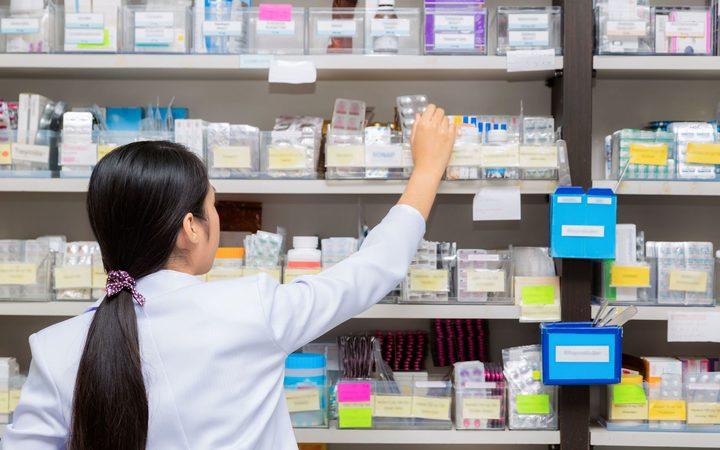 Some people don't collect their prescriptions, while others collect them and never use them. Photo: 123RF

In most countries, they are incinerated, but in New Zealand there's no country-wide policy for disposing of unused drugs. Each district health board decides its own approach. Some fund the collecting and disposing of drugs, some don't.

Most of the medicines that are collected go to Interwaste, a biosecurity waste treatment and disposal specialist company, that steams the drugs at 135°C for 30 minutes to "deactivate" the ingredients. Then they're dumped in a landfill. Interwaste general manager Derek Richardson says the company steams because incinerating isn't an option. "There are no incinerators in this country that can do this, so we do what we can within current regulations in New Zealand, and currently New Zealand bans the incineration of dangerous goods."

Steaming has its critics, including pharmacists like Govind who believes steaming doesn't actually render the drugs inactive, but just changes their chemical compound, which impacts the environment when they arrive in the landfill. Plus, it's only an appropriate method for certain pharmaceuticals. Cytotoxins, which are highly toxic and used to treat cancer, are contained and then sent overseas.

Where district health boards don't fund the collection and disposal of medications, the drugs go directly to landfill. There they join millions of dollars worth of unused medicines from hospitals and care homes. Of the $800 million a year spent in New Zealand on pharmaceuticals, $40 million are wasted.

"It all comes down to economics," says Govind. "It's cheaper to dump than repair. We are in a consumerism market and drugs are just another commodity." 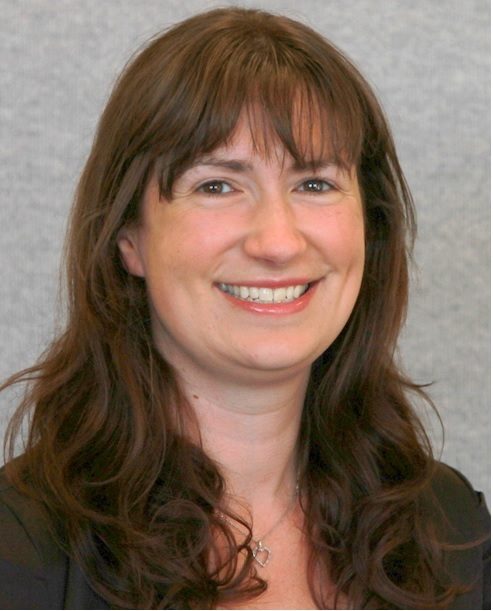 That's a problem, says Rhiannon Braund, an associate professor at the University of Otago's Department of Preventive and Social Medicine. She has spent 15 years studying New Zealand's approach to medicine and she believes unused drugs from hospitals, care homes and pharmacies are just the tip of the iceberg and there are probably large amounts of unused drugs are sitting in people's bathroom cabinets.

In 2003, Pharmac changed its dispensing laws to allow patients to collect three months' worth of certain medicines at one time (in 2015, restrictions were reintroduced for some drugs). The decision was widely slammed by pharmacists who believed it would create an un-trackable amount of medical waste.

"That dispensing has caused this waste over time," says Braund. "I think the best example is paracetamol. You get eight tablets a day and then your little old lady with three months' supply has 720 paracetamol tablets. Even the most compliant person isn't going to go through 720 tablets. You end up with a cupboard of paracetamol."

And it's not just paracetamol. Braund says during her research into the life cycle of drugs, from creation to consumption, she found many expensive medications were wasted because some patients never intended to use them.

A New Zealand survey showed 56 percent of respondents said they collected all items prescribed by their doctor, and just over 25 percent collected all medicine repeats, even if the medicine was no longer needed or wanted.

Braund recalls, "I had a patient who had a very expensive injection. Every four weeks, he'd turn up and he'd have a little chilly bin to take it home with him.

"When he passed away, he had all these boxes in his wardrobe. And these were very expensive medicines. He just wanted to die and he knew if he didn't pick up those medicines he'd be checked-up on."

So, there are two problems: people unable to afford the drugs they need, and large amounts of unused medicine. Braund says there's an obvious way to solve both at once. "I think with some of these high-cost medicines, there should be a place for consideration of recycling them."

Gen Monroe is with her. "To know that there are drugs I need being put into a landfill makes no sense to me. If we can recycle glass bottles in New Zealand, shouldn't we be able to recycle unused medications?"

Interwaste's Derek Richardson is, perhaps surprisingly, on board too. "In my opinion unused drugs could be redistributed, especially as some are expensive and out of reach. But this would require a specialist program."

It can be done. In the US, three young Stanford graduates have founded a non-profit organisation, Sirum, to collect unused medications from institutions around America, sort them and send them to a public health pharmacy to re-distribute based on need. Sirum recycles everything from antidepressants and antipsychotics to drugs for hypertension, diabetes and asthma.

There's also some state-run programmes, the largest is in Iowa, which has a population of 3.1 million, not too different from New Zealand's 4.7 million. Within nine years of launching, in 2007, it helped 71,000 patients and redistributed $17.7m of medication.

Why can't we do the same here? In the US unused drugs - as long as they are not controlled substances - can be reused as long as redistribution is via a pharmacist. In New Zealand legislation doesn't allow this.

Pharmacist Graham Platt, of Platt's Pharmacy in Bulls, says getting the New Zealand government to introduce that type of legislation would be difficult when we don't even have a country-wide policy on the disposal of unused drugs. If we did, getting a programme in place would actually be simple, he says. He knows, because in the 1960s he was one of many New Zealand pharmacists who recycled unused drugs. "We would go around and collect all the waste medicine from doctors surgeries, as they had so many samples, and from pharmacies when medicine was returned. "It was a big paint company that lent us their warehouse and we would sort through it, categorise it and send it to third world countries via a shipping company. We literally had vast quantities."

Still, Professor Pauline Norris of the School of Pharmacy at University of Otago, questions whether recycling would work. She says there are strict guidelines about how pharmaceutical drugs should be stored, including the temperature at which drugs must be stored, and there's no guarantee drugs found in people's home have complied.

But her biggest concern is that a recycling programme would create an even more complex system when, she says, New Zealand should be looking to simplify by just ditching the initial $5 prescription charges for low-income families.

"I'm really in favour of systems for people that don't have lots of bureaucracy and where they don't have to have a good relationship with their health care provider to get this. Recycling medicines might be a good idea but it's not a substitute for an overall system for people with low incomes and high health needs that is easy, like just having a free prescription."