The Commonwealth Games is over, but another group of New Zealanders at the top of their field is just kicking off a Scottish campaign. 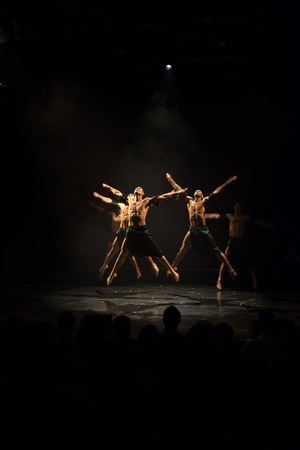 More than 200 visual and performing artists have travelled to Edinburgh to take part in August's famous festival season, supported to the tune of $780,000 by Creative New Zealand.

They are participating in seven of the 12 major festivals held in Edinburgh each year: the Fringe Festival, International Festival, Book Festival, Art Festival, Jazz Festival, Storytelling Festival, and the Edinburgh Tattoo.

It's the first time New Zealand has had a co-ordinated season of work in Edinburgh, and this country's arts agency says that gives performers a better chance to sell their work in the biggest arts market in the world, and to stand out in a city that hosts of 3000 shows a day.

"But hopefully they will have sold enough tickets to not be broke, and their work would've been seen by some of the best presenters and directors and producers in the world."

Ms Saunders said the first week of the festivals is an intense experience for the artists - a mixture of nerves, excitement, the wait for reviews, and early slow ticket sales.

Many of the hundreds of venues across Edinburgh host eight or more shows a day, and performers pack in and out their shows on a tight 10-minute turnaround.

Faith Liddell is the director of Festivals Edinburgh - the umbrella group representing the 12 major events, and said at a VIP launch of New Zealand's programme last week that what is happening in the city this year is remarkable.

"There has never been such an extensive programme of New Zealand work in this city," she said.

"What New Zealand is doing this year is, one, bringing the very best of talent here, and two, it's promoting it effectively and confidently."

Outside, Edinburgh's Royal Mile is the crowded, heaving centre of a city packed full of thousands of shows.

The city's population of 450,000 swells to more than a million in the month of August.

Even first thing in the morning it's hard to move on the Royal Mile for the crush of festival attendees and performers handing out flyers for their shows, hoping desperately to stand out - knowing they're competing fiercely for audiences, and coveted four or five star reviews that can make a show a hit.

The early uncertainty's already been swept aside for one group - Victor Rodger's play Black Faggot was the first New Zealand show to gain a four-star review - from the prestigious theatre site, Broadway Baby, which labelled the it "a wonderfully poignant, extremely brave, and emotionally stirring theatrical piece."

"If you get a bad review in the beginning of the season, you might as well pack up and go home," said Black Faggot's producer, Karin Williams.

"Ticket sales are absolutely driven by those stars. Audiences, particularly those at the end of the Festival, are coming up, and that's how they're selecting shows - they're looking at the three and four star reviews. 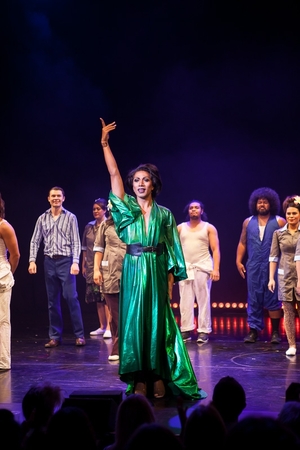 The Pasifika musical, The Factory, at Edinburgh. Photo: SIMON WILSON

"So for us, getting the four stars right out of the gate, the first New Zealand show to get a review and a four-star review, is huge, because we know that will drive ticket sales and make all the difference".

Like Black Faggot, much of the New Zealand work is steeped in this country's social, racial and political context.

Creative New Zealand's Amy Saunders said she didn't think that would be a problem for Edinburgh's crowds, which she called adventurous and experimental.

Another New Zealand show receiving a positive early review was Arthur Meek's play On the Upside Down of the World.

The Guardian gave the play, a one-woman tale of English migration to New Zealand, three stars.

Actress Laurel Devenie is approaching her 100th performance of the play, but said the mood in Edinburgh was special.

"I guess it is the scale of it really," she said. "The energy on the streets is so huge." 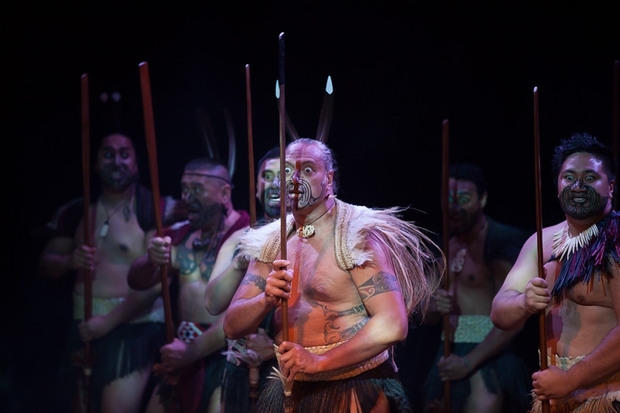 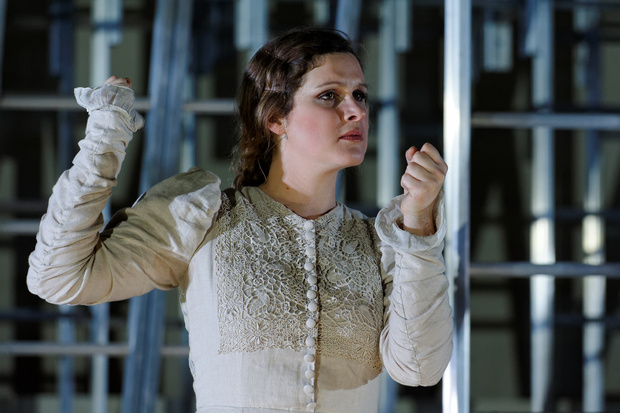 Laurel Devenie performs in On The Upside Down of the World. Photo: SUPPLIED