After years of complaints, the avenue of alder trees lining New Plymouth's main street are undergoing a heavy trim before they get the chop completely. 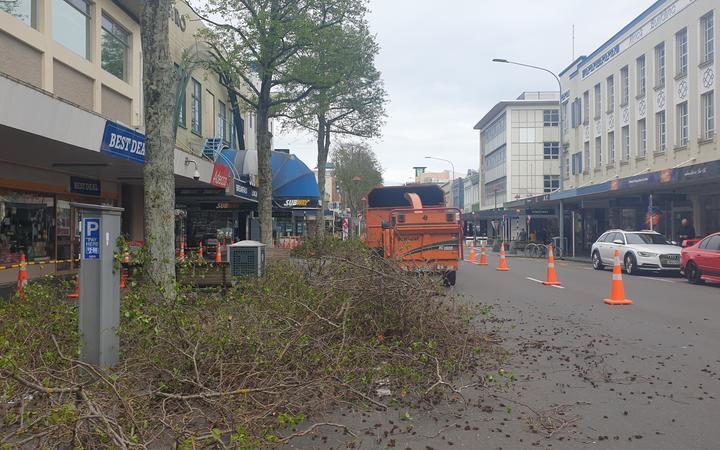 Retailers blame fallen leaves and flower clusters from the trees for blocking drains and causing a slip hazard, but some shoppers say they will be sad to see them go.

Planted along Devon Street about 20 years ago, the 60 Italian trees now tower up to 10m and have been the subject of 35 formal complaints to the council since 2005.

Even its own health and safety officer was moved to file a report after taking a tumble on the treacherous combination of fallen leaves and flower pods on sodden paving stones. 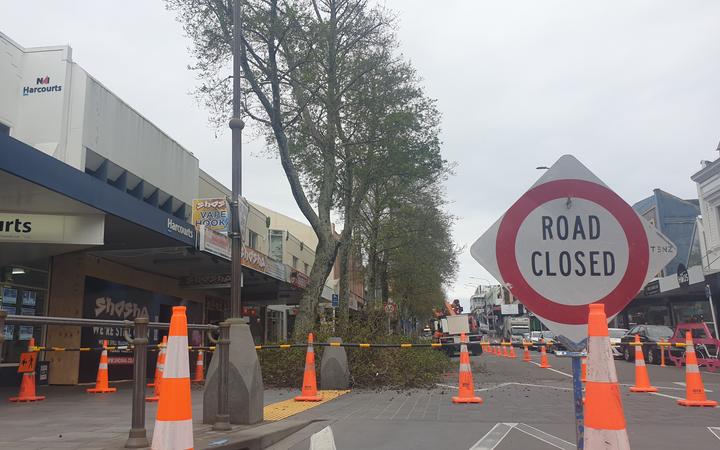 Ballentynes Fashion Central manager Robyn Paul can sympathise - she has also found herself on her backside.

"Because of the build up of leaves on the pavement and with rain or moisture, people are literally slipping like sliding. I've hurt myself once a few years ago, the same thing. We've had several customers that have slid over outside the store," she said.

Janes Gallery framing consultant Helen McLorinan said the trees were more trouble than they were worth. 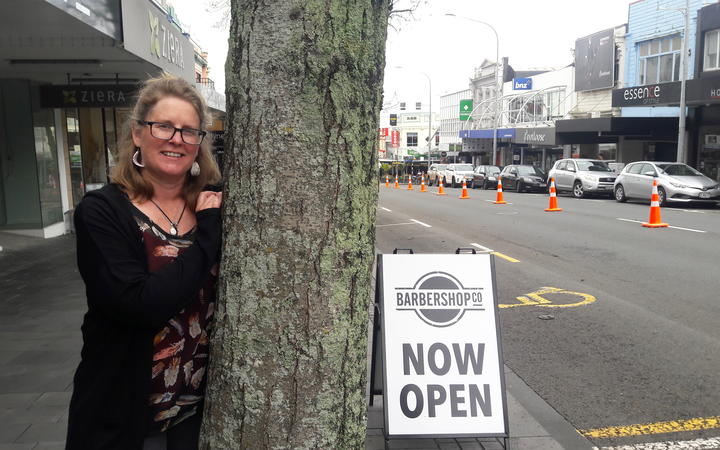 "We love the look of the trees. They certainly provide shade in summer, but in wintertime having to clean up the footpath from people having accidents is not so nice and that's the reality of them."

McLorinan said she had lost count of the number of times she called an ambulance for stricken pedestrians.

"Several times in the years that I've been here and even just picking people up off the street when they step out of their car. It's normally raining and they're in a hurry to get out of the rain and they will slip over and it can just be the smallest piece of leaf that causes these accidents."

Paul O'Neil had lived in an apartment on Devon Street for more than two decades and could remember the trees being planted there. 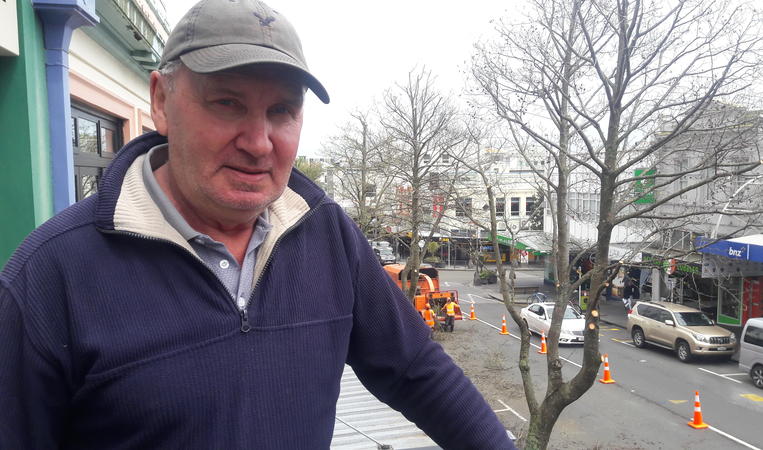 Paul O'Neil had lived in an apartment on Devon Street for more than two decades. Photo: RNZ / Robin Martin

Mayor Neil Holdom said the council had now decided enough was enough and the trees had to go.

"You know it's the shops and buildings in there that are driving our economy so we've got to support them as well."

But shoppers are divided over the trees' fate.

Tamara thought they should stay.

"I just think the council or whoever the contractor is should get out here more frequently and just maintain it, clean it up. Certainly don't get rid of them."

"Well I think they should all come down anyway because they are wrong. It's like ice when you walk down here on a wet winter's day."

The first step in the trees' demise is the $30,000 heavy trim taking place this week. The council will then come up with a plan to replace the alders as part of its Central City Strategy - potentially at a cost just shy of half a million dollars.

Holdom said he would leave that decision to someone with green fingers.

"I'm not the horticulturist in the family, but if you look around at CBDs around New Zealand there are certainly examples of trees that look really good that aren't causing the same kind of property damage.

"So we'll leave that to the professionals and involve the people in town who it affects the most."

Ballentynes' Robyn Paul had some ideas.

"We still want to have greenery, we still want something pretty and lovely. I don't know, the world's your oyster, isn't it? We could do beautiful hanging baskets or some sort of tree that don't shed their leaves like they do."

The Central City Strategy is due to be completed in March.