Labour leader David Cunliffe will recommend to his caucus the party go through a full leadership primary in which the party's MPs, members and affiliated unions all vote. 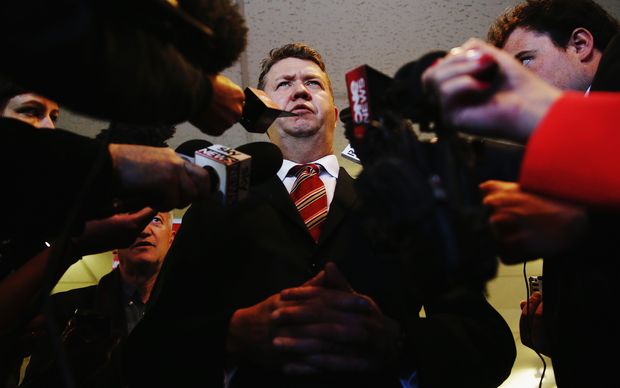 Mr Cunliffe last night led his party to its worst election result since 1922 but today said he had no intention of standing down.

Instead, he believed the party should have a leadership primary, and that he would speak to his senior leadership team in the coming days.

"My personal view is my caucus should vote to put this to a primary, so there's no question of losing a caucus vote, because I believe that we need to have the proper constitutional process and I will be advocating that the caucus act in that way," said Mr Cunliffe.

Mr Cunliffe told the Sunday Morning programme the Dirty Politics book and Edward Snowden revelations drew oxygen from Labour in the closing weeks of the campaign.

"This has been an unprecedented campaign, dominated by third forces, third parties, people outside the main opposition," he said.

"That has denied the opposition air time.

"You would think that the impact would be on the government party responsible but the reality is that if one is not able to get the air time because others are dominating it, that impacts the opposition as well.

"We need to reflect upon those issues and we need to understand the causes."

However, the result was right across the left, Mr Cunliffe said, and he ruled out resigning over it.

"Of course I take responsibility for it. But at the end of the day, we need to move forward, and we will move forward," he said.

"I am submitting myself to a remandating process."

It would be a matter for the party and affiliates to decide whether he stayed as leader, Mr Cunliffe said.

Mr Cunliffe said he would recommend the caucus votes for a full leadership election process. That means a leader will be chosen in an electoral college with the voting split 40 percent caucus, 40 percent party members and 20 percent affiliated unions.

Labour's caucus will meet for the first time on Tuesday.

He would expect that process to be completed by Christmas, Mr Cunliffe said.

"I'm not blaming the party structure and I'm certainly not blaming any individual. I'm saying that as a collective, we need to reflect upon the lessons.

"I'm certainly willing to take my share of it but I think we need to go through a proper process where we reflect on the future and move forward together."

Labour MP Grant Robertson said the leadership was one issue which needed to be looked at. 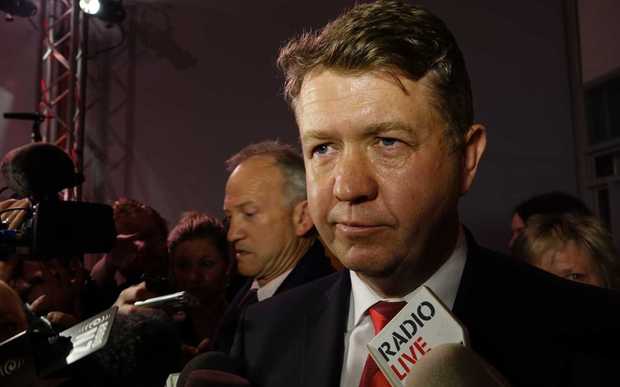 Today, Mr Roberston said he was still interested in the top job.

"What I think we should be doing now is reflecting on this result. It's clearly a very, very disappointing result from the point of view of the Labour Party.

"There's a lot to take in from the election campaign and that's what I believe the party should be doing over the next days and weeks."

"David Cunliffe has only had 12 months, or maybe less, to develop policy, to take the leadership and to fight a campaign," he said.

"So I think we need to spend the next three years promoting the policies that we've developed, getting them better engaged with David Cunliffe as the man, as the person, as the future prime minister of New Zealand."

Labour's policies were the right ones for working New Zealanders, and particularly for Maori and Pasifika communities, Mr Sio said.