Mr Slater's lawyer has filed papers at the High Court in Auckland asking for the emails to be returned. 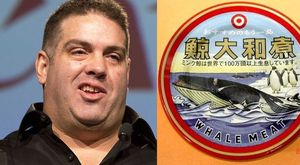 Today the court was told that a deal had been struck between the media and Mr Slater after the blogger withdrew his application for an injunction to stop media publishing his emails.

According to the agreement, media have promised not to publish personal and private information about Mr Slater's "wife and children, his medical records, the death of his mother and information of a similar nature."

Justice Fogarty read the agreement at court this morning. Lawyers for APN New Zealand, Fairfax Media and MediaWorks, which owns TV3, led by Julian Miles, QC, have agreed not to publish information which is not in the public interest.

TV3's lawyer Claire Bradley said today she cannot see any problems with returning private information to Mr Slater, but said TV3 do not have it. Ms Bradley said her understanding was that the email files were available to journalists online but are no longer available.

Mr Slater was not in court today and has so far not responded to Radio New Zealand's request for an interview.

Today's development comes after Justice Fogarty's interim decision on Friday preventing more of the emails from being published.

That ruling did not relate to information already leaked to the media or included in Nicky Hager's book Dirty Politics.

However, that decision may already be too late. The hacker who gave Mr Slater's emails to Mr Hager said last week that he was quitting.

Rawshark tweeted on his whaledump2 account that he is destroying and disposing of "every device used in this operation".

The hacker said his remaining dumps are with journalists and it is time to go, saying vigilantism is a dangerous final resort and not to try it unless it's "important enough to risk 7 years in jail".