No bloggers have yet signed up to its year-old code intended to create standards for journalism on the internet, the Online Media Standards Authority says. 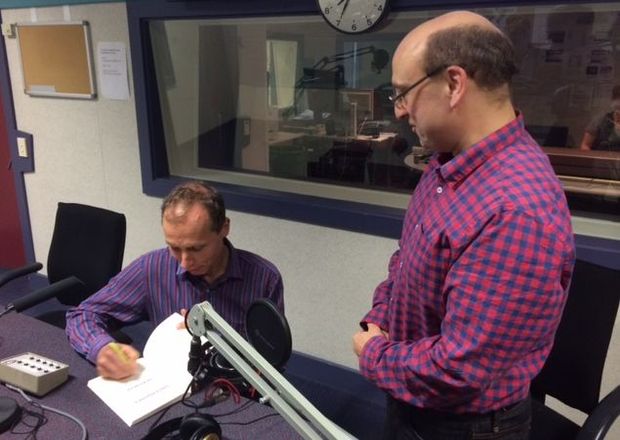 Nicky Hager signs a copy of his book for David Farrar. Photo: RNZ

Kiwiblog author David Farrar says he plans to join because revelations in Nicky Hager's book Dirty Politics have shown the blogosphere in a bad light.

It would mean his work would be held up to a code of ethics and subject to a complaints procedure.

Dirty Politics is largely based it on hacked emails, claiming senior National Party members and staff were involved in feeding embarrassing and potentially damaging information on political opponents to well known right-wing bloggers including Mr Farrar and Cameron Slater from Whale Oil.

The chair of the authority, Clare Bradley, says the code would not necessarily require bloggers to disclose funding from political parties.

However, she said a complaint that someone was presenting themselves as an independent commentator but was being paid by a party could be considered.

"That's at the heart of the integrity of any news and current affairs reporting, I think we'd all agree with that. So if there was a complaint that that had not been disclosed, then that would be something that the complaints committee would then look at that and decide whether or not it was misleading or inaccurate."

Ms Bradley says David Farrar has yet to apply to join the authority.