In March the Prime Minister announced that this year's general election will be held on Saturday 20 September. 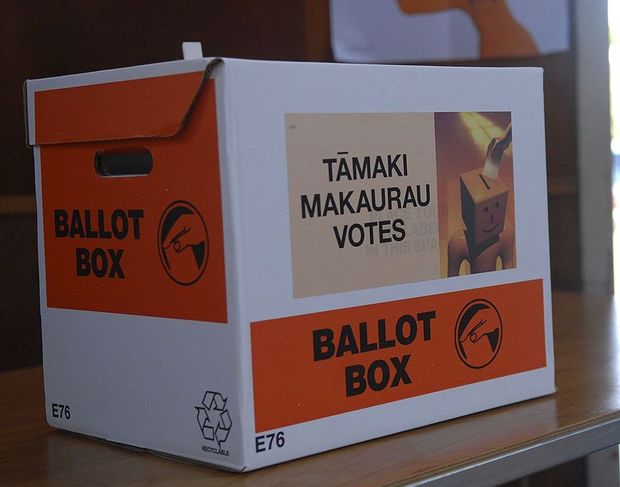 The polls open at 9am on 20 September and close at 7pm that day. Photo: PHOTO NZ

As well as polling day itself, there are a series of other important dates that political parties must be aware of.

You may have noticed a rush of political leaflets and flyers in your letterbox in early June. That's because on 20 June the regulated campaign period began.

From that date any political party, organisation or individual that wanted to spend money on political advertising had to adhere to strict spending caps.

There are also limits on how much other individuals or groups who want to influence voters can spend. These individuals or groups are referred to as third parties and can spend up to $12,300 on election advertising without having to register with the Electoral Commission. If they spend more than this, they must register with the Commission and are then restricted to $308,000.

An election advertisement is any advert which can reasonably be regarded as encouraging or persuading a voter to vote for or against a candidate or party.

Election advertisments in social media also need to comply with the rules, but there's an exemption under the Electoral Act for members of the public to express personal political views on the internet.

Campaigning proper began after 31 July when Parliament rose and MPs and Ministers mostly returned to their electorates. Hoardings appeared on roadside verges, party rosettes were pinned on and the door-knocking began in earnest. 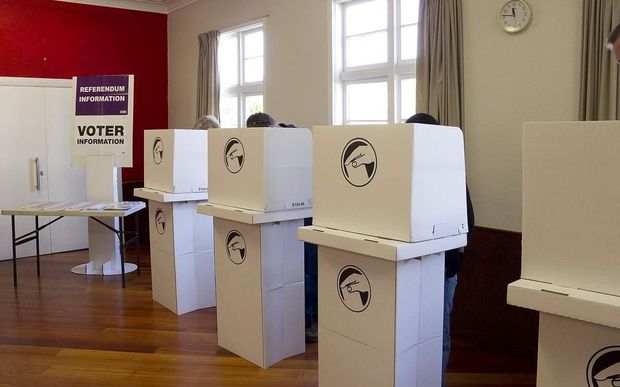 The only political news you'll hear on election day is that polling booths are open and where a party leader may have cast their vote. Photo: PHOTO NZ

The Governor General formally dissolved Parliament on 14 August, terminating the membership of Parliament of all MPs. Those MPs will return only if they are voted back in on election day.

Writ Day, on 20 August, a month before the election is due, the Governor General issued formal direction to the Electoral Commission to hold the election.

At midnight on the night before the election, the regulated election period ends.

This rule also applies to media who cannot report any political stories that could influence voters.

That's why on election day the only political news you hear is that the polling booths are open, where a party leader may have cast their vote and, possibly, some bland comment about the weather.

However, when the polls close at 7pm it's all go as the results pour in.

While it is often clear on the night which party has won the most votes, no single political party has so far, under MMP, won an outright majority on the night. This means political parties will go into negotiations in the following days and sometimes weeks, to cut a deal to form a Government.

This can be made up of a coalition Government where the parties combine, or where smaller parties go into confidence and supply agreements with the major party to support it on votes of confidence and the budget.

Finally on Saturday 4 October, two weeks after the election, the official results for the general election are declared. This is the final total and includes special votes. This is worth keeping an eye on, as in previous election years, special votes have led to some parties gaining or losing an MP. In fact in 1999, the special votes got the Green Party into Parliament.

Advance and Overseas Voting begins on Wednesday 3 September, and Advance Voting ends on Friday 19 September, which is also the last day you can enrol to vote on election day - which is the following day.

If you are going to be out of your electorate on election day, you can cast an Advance Vote. You will see signs in your neighbourhood pointing to places where you can vote or, from 27 August, you can also go on to the Electoral Commission's website (www.elections.org.nz) to locate your nearest polling booth. 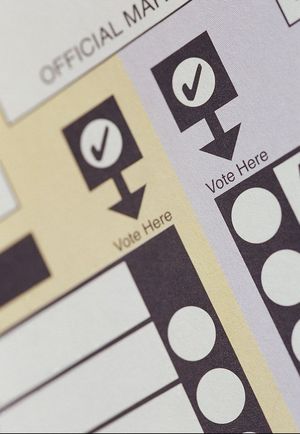 Polling booths in New Zealand open at 9am on 20 September and close at 7pm sharp. To locate your local polling booth, check the Electoral Commission's website from 3 September or, in the week before the election, you will be sent an EasyVote Pack. This will contain your EasyVote card, a list of advance voting places, voting places, electorate candidates, party lists and a reminder of how to vote under MMP.

If you forget to take your EasyVote card to the polling booth, don't worry you can still vote - it will just take a little longer for the issuing officer to find your details.

A Beginner's Guide to MMP

So what is MMP? To start with, it stands for Mixed Member Proportional which indicates it's a proportional voting system.

To get into Parliament a political party must win at least five percent of the party vote OR at least one electorate seat.

Let's look at what happened at the 2008 election.

The National Party won almost 45 percent of the party vote which gave it 58 seats. But it also won 41 electorate seats. The remaining 17 MPs came from the party list.

Sometimes an 'overhang' in Parliament occurs when a party wins more electorate seats than its party vote proportion. In the past this has led to the number of seats exceeding by one or two the limit of 120.