Small businesses in Auckland say Minister of Finance Grant Robertson has failed to read the room when it comes to the dire realities they are facing. 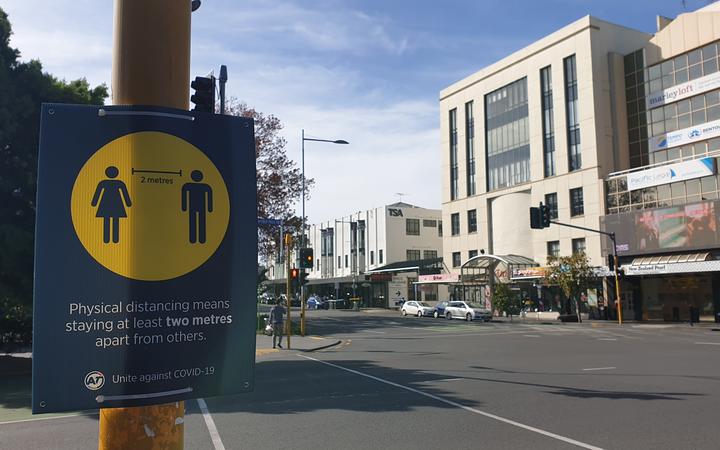 Final accounts for the year ended June show a deficit of $4.6 billion compared with forecasts in May of a deficit of more than $15b, and the previous year's $29.6b shortfall.

Robertson said the current outbreak was casting a shadow over the strong fiscal position, but by most measures the economy has performed better than forecast.

"It shows a strong rebound from the first lockdown in 2020, and bodes well for emerging from the current outbreak.

"If you're an exporter it's great and no wonder the tax revenue is up from that perspective, if you're a struggling retail business in Auckland it's a completely different story," Bayly said.

"I think that's where the real issue is and we haven't seen the impact of delta coming through in these accounts."

The government needed to do more for Auckland businesses on the brink of collapse, he said.

"What we would prefer to see is the government supporting businesses particularly around their rent payments.

Ultimately the country needed to get through the lockdown so that businesses could carry on and employ more people, he said.

Newmarket Business Association Mark Knoff Thomas told Checkpoint the government was not reading the room when it comes to Auckland.

"It's fabulous to hear Grant Robertson so optimistic but I wonder who will be left to share his optimism. I don't think they fully grasp the enormity of what individual small business owners are suffering right now.

"There seems to be no pathway coming out for people to cling on to or work towards a framework to get their businesses back up and running. There are no targets being set.

"All the prime minister is talking about is picnics, bubbles and vaxathons. I don't think they understand the sentiment in the business world at all."

Thomas suspected the government would not be opening up Auckland until the R-rate of the virus was below one again, but he would like to see some targets based on vaccination rates.

"I think that would go a long to help people understand that there is a pathway out of this. I don't know what the percentage rate should be, that's where you need advice from health experts to verify, but I think there needs to be a set platform and framework to help people how we're going to get through this."

That was backed by members of the association, with 100 percent of those polled saying they want targets and milestones based on vaccination.

In the meantime, Thomas wanted to see the government give some certainty that they would continue the wage subsidy and resurgence payments for Auckland businesses.

"What is frustrating, really frustrating, is the lack of communications to business to say 'this is what we are doing'.

"I know we are in a better position financially than we expected, which is fantastic, now lets come out to business and say, 'right guys, we are going to do X, Y, and Z to support you'. That gives business something to hold on to."

He knew business owners who were dipping into retirement savings or mortgaging their houses to stay afloat, he said.

"The government support is not a panacea, but it is something. It is something to give them an ongoing lifeline."

Auckland Chamber of Commerce chief executive Michael Barnett told Checkpoint it was particularly small to medium size businesses that were hurting the most.

Government books did not often take into account smaller sized businesses when they were looking at a broad picture of the economy, he said.

"It's the small end of town that are really being punished by not being able to operate.

"The decision from government is whether they look at the small to medium sized business sector and support it, and to what degree they'll do that."

Uncertainty was the most damaging thing to businesses, Barnett said.

Without a big picture plan there needed to be a degree of certainty about support in the interim, he said.

"I say that because these businesses aren't just businesses; they're people, they're homes, they're mortgages, they're the dreams that people have had and just to be able to let them go I don't believe is a reasonable ask.

'The reality is that if some businesses go, other businesses will follow. That's the nature of it."