The Covid-19 Response Minister has denounced anti-vax GPs, but says it's up to the Medical Council to deal with them. 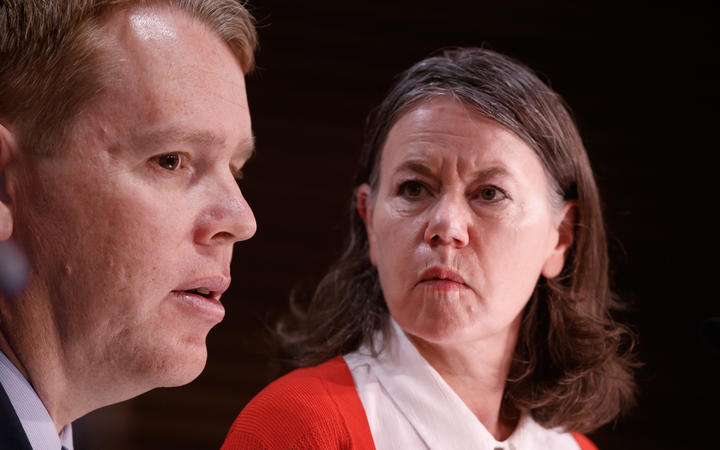 The region has one of the lowest vaccination rates in the country, and a weak positive test result there has since shown to be positive after further investigation.

One of Northland's anti-vax GPs posted a 20-minute video online about his beliefs four months ago, but he is still practising and his Medical Council registration remains intact for now.

Hipkins was asked today whether he was comfortable with that.

"That is ultimately a matter for the Medical Council," he said.

"But yes I would expect that medical professionals are adhering to the very high standards that they set for themselves as a profession, and that sort of behaviour wouldn't adhere to the standards."

When asked if the Medical Council needed to take a firmer position, Director of Public Health Dr Caroline McElnay said the council had "strong processes that they go through in order to assess the situations".

Earlier, Royal New Zealand College of General Practitioners president Dr Samantha Murton told Morning Report [https://www.rnz.co.nz/national/programmes/morningreport/audio/2018815406/covid-19-what-happens-to-doctors-spreading-misinformation she was aware of the GPs' video] and complaints had been laid to the Medical Council.

But as for other anti-vax GPs, she didn't know how many were out there, and what the council and Health Practitioners Disciplinary Tribunal were doing in response.

"As members of all the medical services across the country, we trust the Medical Council because we know that they do the job properly when someone is mentioned to them."

Meanwhile, the New Zealand Doctors Speaking Out with Science group is calling on people to share their anti-vax petition, saying it has close to 35,000 signatures.

The petition has been pushed by a few dozen doctors from around the country including Whangārei anti-vax GPs Dr Damian Wojcik, the man from Northland Environmental Health who made the video speech, and Dr Rupert Scott who runs Horizon Health.

Just across the carpark from Dr Scott's office is Rata Family Health, a GP practice that is offering vaccinations.

There, Dr Paula Mathieson was visibly upset when she spoke to RNZ about vaccination rates in Te Tai Tokerau.

"I'm terrified about the consequences of the low vaccination rates in our city, how it impacts upon general practice. I'm working at capacity ... And the thought of being flooded with additional work just fills me with dread."

She was most concerned for those who cannot get vaccinated or choose not to.

One Whangārei resident, Sue Magee, said vaccine opposition had been a challenge within her own family, but she remained hopeful her loved ones' attitudes would change.

"I still keep telling them, every week, go get vaccinated."

And 88-year-old Bill Magee had a message for anyone who was hesitant.

"They don't put these things out for a joke, it's to save lives, that's the main thing. And everybody in New Zealand, even if it's kids only say 10 or 12, have the injection and don't worry about it."