Daily Covid-19 sampling from the New Plymouth wastewater treatment plant will continue for the next week to check if there are any undetected cases in the city. 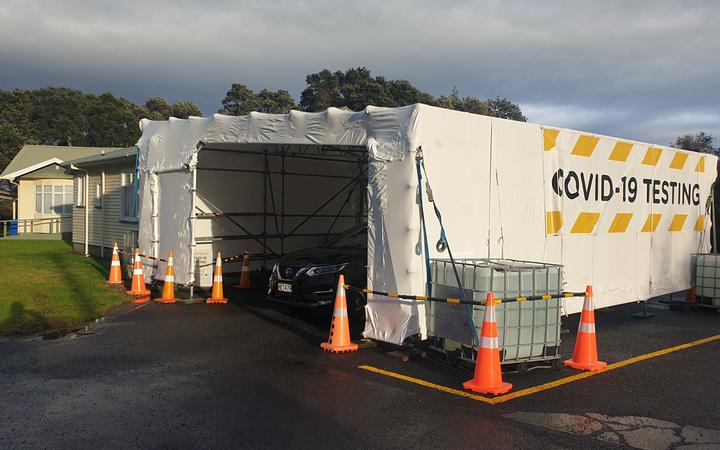 The Ministry of Health said in a statement today that the latest wastewater test results - from six sites over a 24-hour period between Saturday and Sunday - showed no further virus had been detected.

Meanwhile, there was one new case of the novel coronavirus in managed isolation and quarantine facilities and no community cases reported today. The number of active cases in New Zealand is 52.

"Local PCR testing in Taranaki remains steady with around 300 swabs taken yesterday. It's pleasing to see these numbers increasing," the ministry said.

"The ministry is continuing to encourage anyone in Taranaki with symptoms to be tested.

"The ministry is also recommending that any recent arrivals from Australia, who have symptoms, also get tested, and anyone who has recently been in Australia who is now in Taranaki to get tested even if they don't have symptoms.

As for cases on board vessels, there was no change on the MS Mattina in Bluff.

The crew of the Playa Zahara were all recovered and no-one remained onshore in managed isolation, but the vessel remains quarantined at Lyttelton Port.

Deep cleaning on the vessel was carried out on Friday and the vessel is expected to depart tomorrow.

Fourteen of the 20 crew members were back aboard the Viking Bay, which remained in quarantine at Queens Wharf in Wellington, with six still in MIQ.

Yesterday it was revealed less than a quarter of those sent initial invitations to the country's first mass Covid-19 vaccination event booked a slot.

Health officials have had to scramble to find 12,000 more people so it can go ahead on Friday.