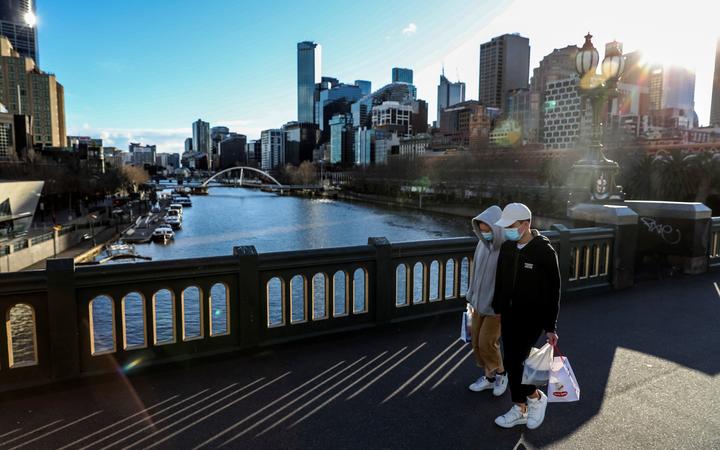 As of Tuesday night, there were three people in hospital with Covid-19 in Victoria.

There were a record 59,355 test results received yesterday, and 18,099 doses of vaccine were administered at state-run sites.

The ABC also understands a mystery case that emerged yesterday at Roxburgh Park has now been linked to a known outbreak.

There are now more than 350 venues listed as exposure sites in Victoria, with several locations identified as key sites by health authorities.

Those include Cremorne restaurant Ms Frankie, which has been linked to 19 cases and 840 primary close contacts.

There have been 14 cases linked to the MCG, where a positive case attended an AFL game on 10 July, and 3800 primary close contacts had been identified.

Nine cases have been linked to Trinity Grammar in Kew, and five cases are associated with a group of people who travelled to Phillip Island.

Health authorities are likely to reveal later if more cases from test results received overnight are linked to those outbreaks.

Melbourne's Lord Mayor Sally Capp has called on the federal government to bring back JobKeeper as Victoria begins its second week of lockdown.

"JobKeeper was the most fundamental programme that brought a lot of comfort and confidence to business owners and their teams," she said.

"It meant they remained connected and remained working."

Capp said the rise of the Delta variant and the possibility of more lockdowns in coming months meant businesses needed more help.