Some tourism operators will hold off ramping up their business until there is more certainty over whether trans-Tasman travel will bring a boon to the regions. 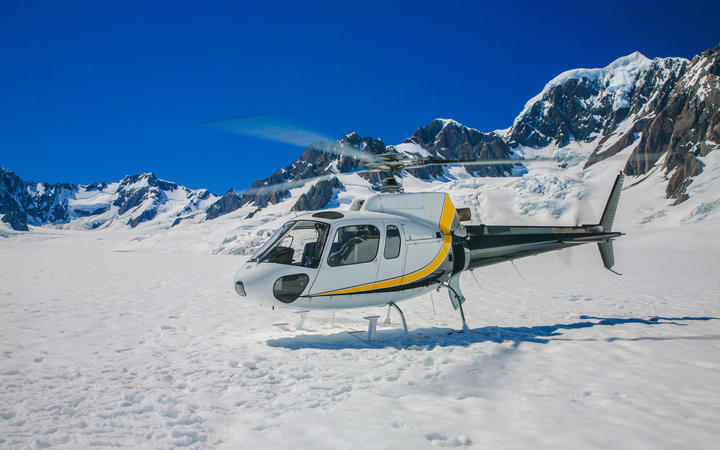 Franz Josef is one of the hardest hit communities reliant on tourism. Photo: 123rf

Australians accounted for 40 percent of tourists to New Zealand in 2019, but it is uncertain what numbers will arrive after the bubble opens on 19 April.

The tourism industry has been poised for the no-quarantine bubble, although some economists have warned it may not bring the boost regional operators are hoping for.

While there is hope, some businesses say they cannot scale up operations or employ additional staff without more confidence.

Heliservices NZ is based in Franz Josef, one of the hardest-hit communities that relies on international tourists.

Its chief executive Grant White is hopeful the region will get a much-needed boost when the trans-Tasman bubble officially opens.

"At any time we could get the whole thing paused, and now you're back to paying people that you've got no income for," he said.

"I think it's gonna take time to build that confidence with people to leave the country and certainly people that have got businesses or work to go back to are not going to want to be shut down and be two weeks late for work."

Before Covid-19, roughly half of guests at Lake Wanaka Cruises were Australian.

Its managing director Tim Cuthbertson said he was pleased with the bubble news, but was not getting carried away. While quarantine-free trans-Tasman travel begins in less than two weeks, most tourism operators are not expecting a surge of Australian tourists until later in the year.

"I don't think it's going to happen overnight. The airline industry has got a really big job to do. We've got a big job to do in getting trained staff back, training people, training skippers.

"The part of the business we lost, that all has to be rebuilt. But it will certainly be very positive in the long run."

Training new skippers is no quick task - it can take up to 12 months - but he was confident they would be able to react to the demand.

Kaikōura Kayaks operators manager Matt Foy said he still could not quite believe the trans-Tasman bubble would open in less than two weeks.

Operators were cautiously optimistic, he said.

"We understand that just because the gates are open, it's not all going to be gangbusters. There's not going to be hundreds of Australians here just spending lots of money and taking part in everything.

"We realise that it's still new ground. All the procedures need to be tested by government, make sure they're all working and hopefully there's not too many bumps in the road, we don't slip in and out of lockdown levels."

It was good news after a difficult year, he said.

"We've had a pretty rough summer as far as the only uptake, a lot of businesses are running pretty low. But morale is going to be boosted just having Australians in town."

In Fiordland, up to 60 percent of the usual guests at Kepler Mountain View Alpacas - which offers accommodation, alpaca tours and a wild wool gallery - are Australians.

Owner Jessie Haanen could not wait to welcome Australians back to her business and was hopeful Australians would be ready to explore the regions.

"Once we get into the ski season, Fiordland generally just completely dies off and it's only if there's a bad day on the ski field that people tend to move into Fiordland. Tourism New Zealand has done a lot of promotion in Australia trying to get people aware and get them out into the regions."

Most operators would be ready and waiting to welcome visitors, she said.

Family-run business Alpine Recreation is based in Lake Tekapo, offering guided adventures throughout the Southern Alps, and general manager Axel Reiser expected they would benefit most in winter when their guests have typically been up to 40 percent Australian.

While Tekapo has been supported by New Zealanders on school and public holidays, Axel Reiser was hopeful Australian visitors would make business would be more sustainable.

"We're actually working on a few new products to be ready to cater for a lot of the trips have actually sold out with Kiwis already because they still cannot go further afield so yeah the travel bubble, we look mostly forward to the impact for our winter business," he said.