Bloomfield says 90,286 vaccine doses administered have been administered as of midnight last night, and New Zealand is likely to hit the 100,000 milestone in the next couple of days.

Vaccination numbers dipped over the Easter weekend, and Bloomfield expects 35,000 people will be vaccinated per week. New Zealand is in a position where it can take a measured and steady approach to the rollout, he says.

"Australia and NZ are the first two countries to approve the Pfizer vaccine under a proper approval process not under an emergency measure.

"We have made a very good start to this programme, we are delivering a safe programme for New Zealanders ... and now it is starting to ramp up."

He says 147 adverse reactions following vaccinations have been recorded, and three of those cases are considered serious. All those involved an allergic reaction of some kind and no new safety concerns have been identified in New Zealand.

New Zealand has four advance-purchase arrangements with four different manufacturers and they are all still in place, Bloomfield says.

The next vaccine to be considered by health authorities in New Zealand is the Jansen vaccine and they will meet next week, he says.

Potential disruptions could come into place with the delivery of the Pfizer/BioNTech vaccines and that is why the four other agreements are still in place, however, there have been no hints of disruptions yet, Bloomfield says.

"We want to make sure we have more than one option available."

The vast majority of the 86 applications for an early vaccine were Olympians, Bloomfield says.

Every week on Wednesday there will be a vaccination update on the Ministry of Health website. 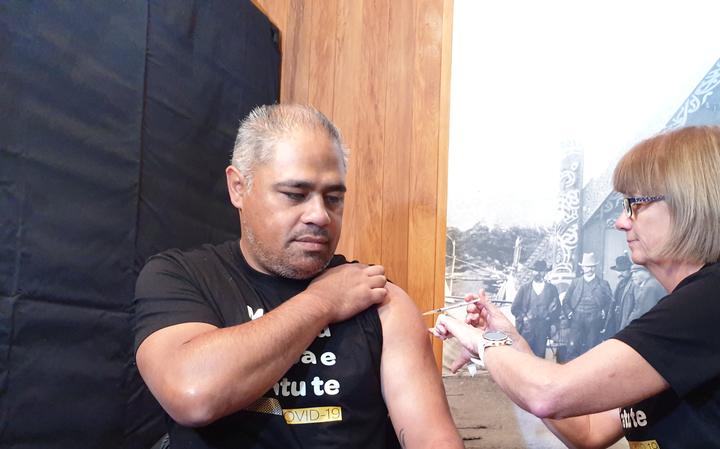 Henare received his first Pfizer vaccine dose at a clinic in Porirua this morning.

He is one of several politicians with a health-based portfolio who have been invited to get the immunisation early, in an attempt to boost confidence in its safety.

The minister is encouraging Māori to follow his lead and get vaccinated against Covid-19, and has been travelling around the North Island engaging with Māori communities in an effort to inform and combat vaccine hesitancy.

He says he is feeling well after the vaccination and looking forward to continuing to advocate for the vaccine.

"I look forward to spreading the message around the vaccine and its efficacy and supporting it amongst our communities."

Henare says the Ministry of Health has been in talks with 62 Māori health providers about the $11 million in funding the government has allocated for equitable rollout of the vaccine for Māori.

He says iwi leaders and communications have been used to reach "as many of our people as possible".

Henare says his thoughts are with Minister Kiri Allan and her whānau. Allan publicly revealed yesterday she had been diagnosed with stage-three cervical cancer.

Health Minister Andrew Little, who also received his first Pfizer jab this morning, says about 6000 people a day are being immunised and that figure will have to rise.

He is hoping vaccination numbers will increase to about 10,000 a day by the end of this month. 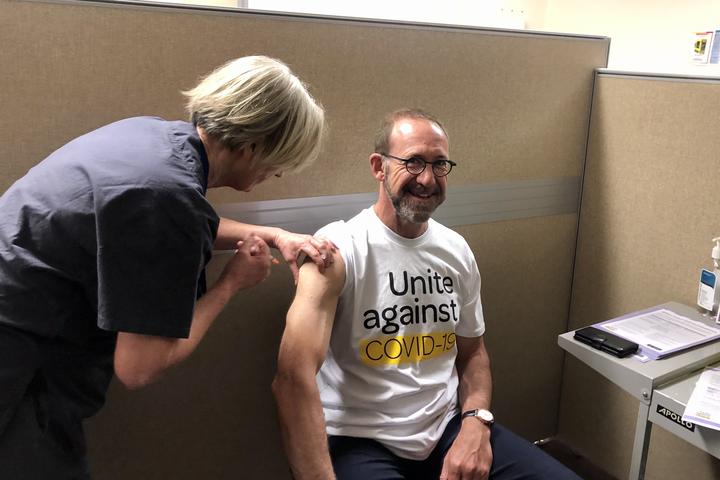 There are no Covid-19 community cases to report today, Bloomfield says. There are seven new cases in managed isolation.

All but one of the new cases arrived from India via UAE in the past day. The seventh case arrived direct from USA and tested positive around day 14 as the contact of another case.

The total number of active cases is 81, and total confirmed cases are at 2175. Historical cases since 1 January remained at 43, out of a total 363 cases. The seven-day rolling average of cases at the border is five.

Bloomfield also said the February Covid-19 cluster is now considered closed, because it has been 28 days since the last case recovered, with no further cases reported.

"It's great to reach that milestone."

The initial source of the outbreak has not been determined.

Bloomfield says there are two challenges in both Australia and New Zealand - keeping the virus out and vaccinating the populations.

"Like New Zealand, Australia has been in the fortunate position of preparing for and rolling out a vaccination program while not having Covid-19 in our community."

He says he is confident that routine pre-departure testing will not be needed for trans-Tasman travellers.