A major ski company is hiring hundreds of additional staff to cater for guests from Australia once the travel bubble opens, in just under two weeks. 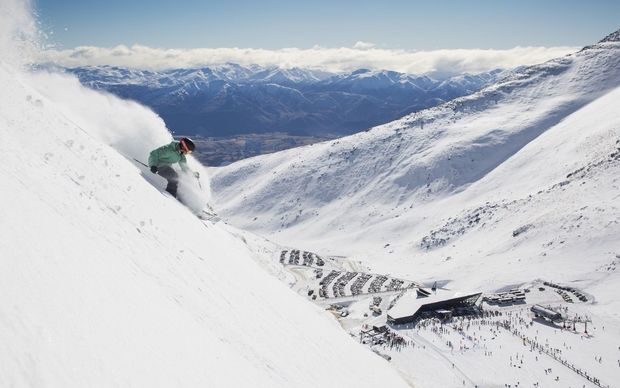 NZ Ski, the company that runs Coronet Peak, The Remarkables and Mt Hutt, plans to hire another 200-300 staff to cater for Australian and New Zealand customers this winter following yesterday's announcement that a trans-Tasman bubble will begin at 11.59pm on 18 April.

Pre-Covid-19, up to 40 percent of NZ Ski's business came from across the ditch and they expect a busy season ahead.

He said his company would need to import critical staff to cope with the demand.

"Things like chefs, cooks, kitchen, back of house, snow sports instructors, groomers, some of those kind of roles."

"That is actually a role (chefs) that is filled by quite a lot of foreign workers in Queenstown, we've done reasonably well so far but there are some vacancies left in our kitchen back of house.

"It takes more than a few months for a chef to train to be fully competent but we do have programs in place for all our staff."

Auckland Airport chief executive Adrian Littlewood said it is well prepared for the influx of Australian travellers entering the country.

He said the airport has run successful trials of what the bubble system will look like and is confident it will operate smoothly.

"We were running MIQ inbound flights through a separate processor that's basically a mini terminal that's completely separate from the Australia channel that will come through so it's a different zone, completely different utilities, air conditioning and the like."

Littlewood said the airport had been running extra health and safety protocols for more than a year now and believes travellers will be safe moving through it.

He added that families will be allowed into the airport to welcome their loved ones from the arrivals gate.

"We expect it will be public health specialists (doing the checks) on site for time to come, obviously that will be for inbound people coming to MIQ anyway."

Littlewood said airline crew flying to and from Australia will only work on those flights to prevent any possible cross contamination from other routes.

Australian Tourism Industry Council executive director Simon Westaway said it was an important development and hopefully precursor for reopening into the South Pacific and Asia.

There had been only a "trickle" of people travelling from New Zealand to Australia since being allowed in from October last year, he told First Up.

Only 3500 to 4000 a month went across the Tasman, a "drop in the ocean" in a market that can support more than 3 million trips a year.

New Zealanders typically visit friends and relatives in Australia or travel for work or study, but Westaway said that could change and visitors may start to spend more money touring Australia.

Westaway said Australians were keen to travel to New Zealand. "The appeal of places like Queenstown is unquestionable," he said.

Tourism Minister Stuart Nash is hopeful the trans-Tasman bubble will give the struggling industry a shot in the arm.

Nash said there was pent up demand for travel, and some Australians who wouldn't usually holiday in New Zealand may do so now because they have nowhere else to travel safely.

He says the travel bubble may save some businesses from going under.

"For a number of businesses this won't take them back to pre-Covid profitability of course but it will probably be the difference between survival and not over the next eight to 12 months."

Nash said for high end tourist spots such as Queenstown, Milford Sound and Te Anau, which have more than 50 percent reliance on international tourists, the start of quarantine-free travel across the Tasman would come as a great relief.

Nash said Tourism New Zealand estimates Australian tourism could earn $1bn by the end of the year, but with a two-way system New Zealanders will also be spending their travel dollars across the Tasman.