Faced with axing one of its premier events due to Covid-19 restriction, the Taranaki creative community has instead combined its celebrated Garden Festival with its lesser-know cousin - the Taranaki Arts Trail. 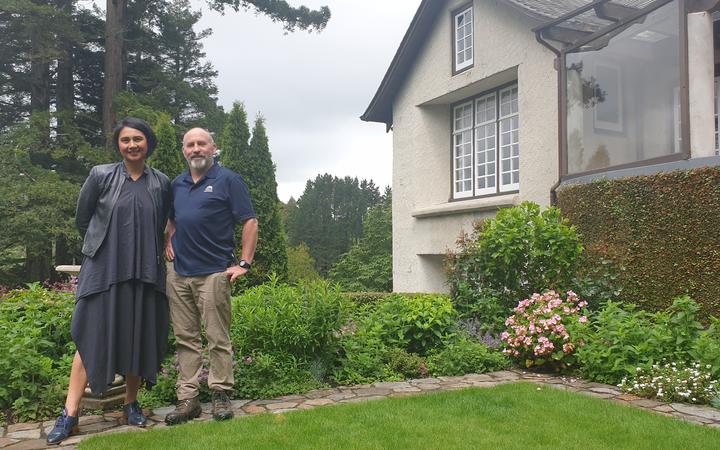 It's hoped the integrated festival which kicks off today will give punters even more reason to visit the region.

The Taranaki Arts Trail was set to run in June, but with Covid alert levels limiting visitor numbers to studios a decision was made to postpone the event indefinitely.

Arts Trail coordinator Niki Jenkinson said the idea to combine it with the Garden Festival came following a Zoom meeting about how to entice people back into New Plymouth.

She said found herself speaking up for the Arts Trail.

"I said 'I think I might be at the wrong meeting. I represent a collective of artists for the whole of Taranaki not just New Plymouth'.

"And Suzanne Porter CEO of TAFT said 'my gardens are also represented from all over Taranaki' and we realised then and there that we needed to collaborate."

Taranaki Arts Festival Trust organises Womad and the Taranaki Garden Festival among other events in the province.

Garden Festival manager Tetsu Garnett said it and the Arts Trail were a perfect fit.

"Well there's a natural correlation between art and gardens, but as well as that the location of the studios mean that you can visit a garden and just around the corner there'll be an open studio. It's a really great blend."

Head gardener at Tūpare - one of three regional gardens in Taranaki - Mitch Graham said he endured a nervous lockdown fretting about the 4 hectares under his care.

But he shouldn't have worried.

"It kind of looked really, really relaxed, you know. It had that autumn look where the quilt of leaves was lying on the asphalt and just softened the garden.

"I guess I came back excited to be back and then when I saw what it was like I thought, yeah, you've done all right Tūpare."

"The first weekend is going to have the local symphony playing up on the tennis court and we'll be serving cake and tea and that sort of thing.

"They'll be featured garden walks plus there's also tours of through the house as well, so people can come and spend hours down here."

Abbie and Mark Jury own the Jury Garden in Tikorangi - one of the few colonial gardens in Taranaki still in private hands. 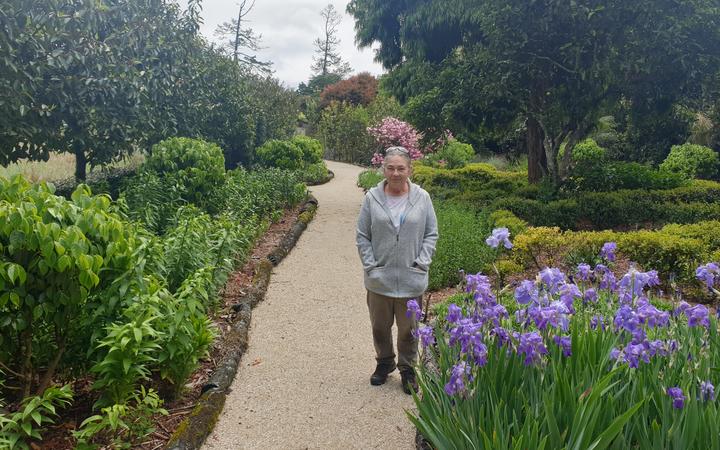 Returning to the Garden Festival for the first time in seven years, Abbie reckoned their timing was perfect because so many domestic tourists were out and about.

And they had a new summer garden to share.

"So what we're standing looking at at the moment is what we call a court garden, which is mostly grasses.

"Basically it's the whole thing of walking through a garden which is immersive rather than standing and looking at a garden, which is very pictorial thing, your camera shot.

"This is the whole experience of walking through it which is what we were aiming for."

The Jurys have also let an area of previously mown lawn revert to meadow.

Back in New Plymouth New Zealand Documentary Photographer of the Year, Tony Carter, is one of the 85 artists on the Arts Trail. 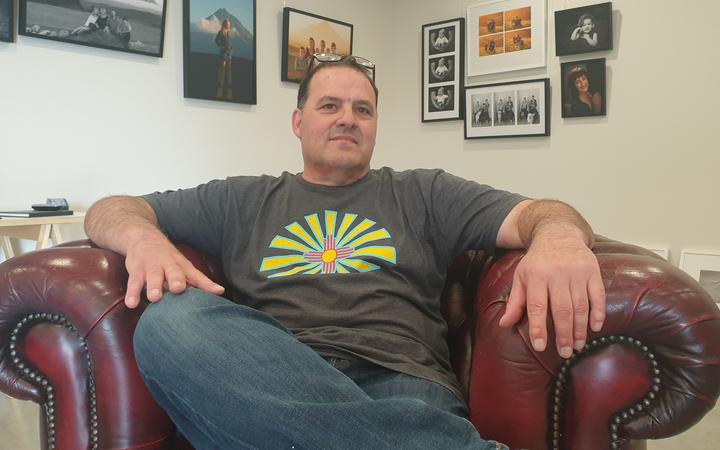 He said he would exhibiting lockdown-inspired selfies shot while holed up in his studio as part of an online challenge.

"I sort of looked at photographing little objects in my studio with my phone and then I just started turning it on myself.

"I was pulling, you know, cork screws out of cupboards, spatulas. In one shot I had a cake tin on my head and just anything I could find. Just being a little silly really."

Carter will also have on show a series of portraits shot around Taranaki that are more representative of his normal style.

"One lady has lived in her house for 85 years and she recently passed away. She had, you know, bright purple hair.

"Her name was Mana and I say Mana by name and mana by nature, and that's just showing the beauty of what reportage and documentary photography brings to the fore."

Carter was hoping the odd gardener would pop in for a visit.

"I'm always up for a chat with anybody really and I just like to show the locals and people travelling from out of town that photography can be art as well."

Across town mixed media artist Brenda Cash was busy in her caravan studio. 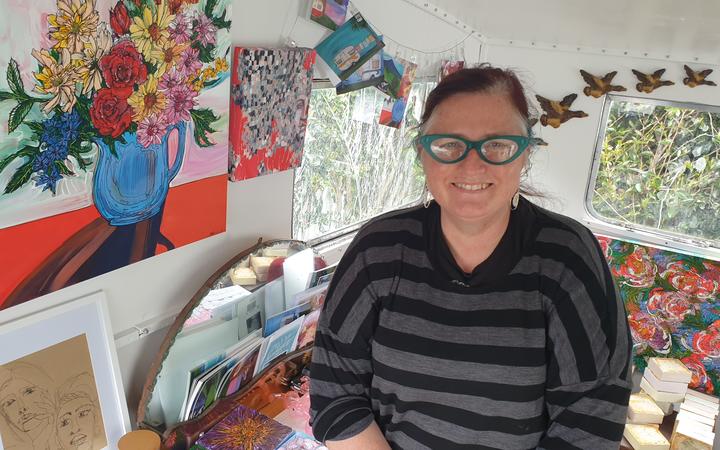 She reckons both the Arts Trail and Garden Festival were actually all about people.

"I'm hoping anyone who wants something bright and cheerful or wants to talk about renovating old houses or caravans or Morris Minors ... I'm your girl, come on in."

The Taranaki Arts Trail runs until 1 November while the Taranaki Garden Festival continues through to 8 November.