US Vice-President Mike Pence's chief of staff has tested positive for the coronavirus. 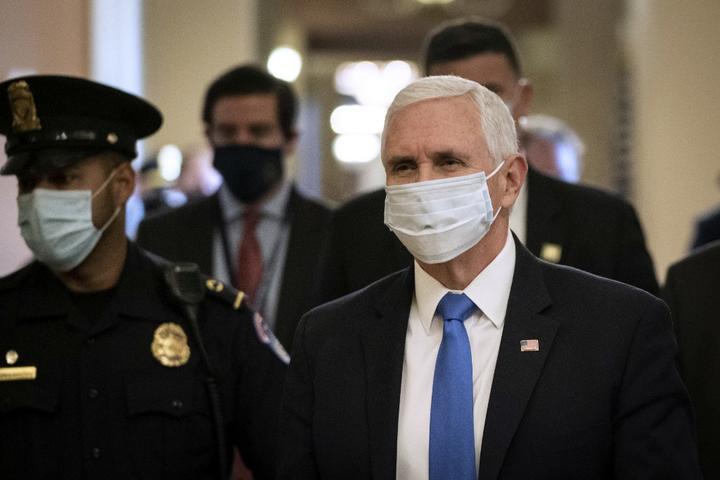 Pence and his wife, Karen Pence, both tested negative for the virus on Saturday and remain in good health, spokesman Devin O'Malley said.

Marc Short is Pence's closest aide and the Vice-President is considered a "close contact" under Centers for Disease Control and Prevention guidelines.

But Pence' spokesman said the Vice-President intended to continue with his election campaign schedule.

"In consultation with the White House Medical Unit, the Vice-President will maintain his schedule in accordance with the CDC guidelines for essential personnel," O'Malley said.

Those guidelines mandate that essential workers exposed to someone with the coronavirus must closely monitor for symptoms of Covid-19 and wear a mask whenever around other people.

On Saturday, after a day of campaigning and the news of Short's diagnosis being made public, Pence was seen wearing a mask as he returned to Washington aboard Air Force Two.

Short joins a growing list of White House staff and senior Republicans who have caught coronavirus.

Trump was flown from the White House by helicopter to Walter Reed National Military Medical Center, where he was treated for several days.

The couple's 14-year-old son initially tested negative in the wake of his parent's diagnoses, but subsequent tests revealed Barron also had Covid-19.

The US set a single-day record of more than 84,000 new Covid-19 cases on Friday, according to a Reuters tally, with the spike in infections hitting election swing states Ohio, Michigan, North Carolina, Pennsylvania and Wisconsin.