All staff at the Auckland pub who were potentially exposed to Covid-19 last week have tested negative. 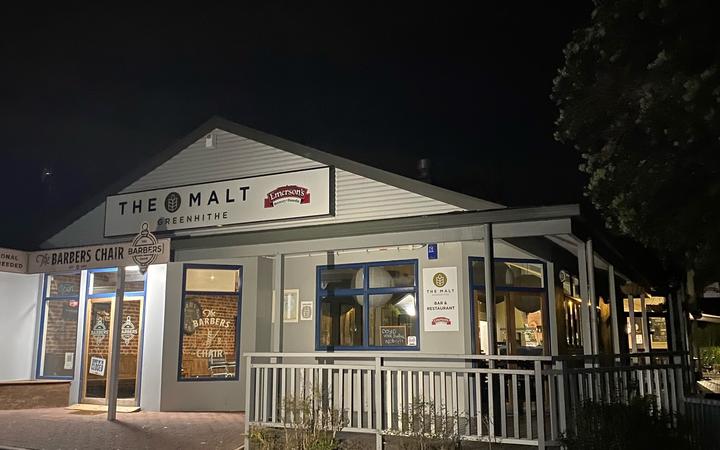 The malt in Greenhithe is shut for two weeks while staff self-isolate. Photo: RNZ / Katie Todd

A man who later tested positive visited The Malt in Greenhithe last Friday night for two and half hours. Auckland Public Health said everyone there at the time should should be tested and self-isolate until they receive a negative result.

The bar's owner, Kevin McVicar, said all front of house staff who were considered close contacts have received negative results, as have kitchen staff who were deemed casual contacts.

McVicar said close contacts will be re-tested around day 12 of their exposure, but these are encouraging results.

"Some came in last night, but the majority have just come in this morning. Everyone's negative. The close contacts have to have a second test on day 12... and after that I think we're clear," McVicar said.

"I was predicting everyone would be clear. I don't think it was likely anyone was going to catch anything."

He said some patrons have also contacted him telling him they've tested negative.

Although the pub itself doesn't have to close for two weeks, all his staff must self-isolate for two weeks leaving him without people to operate it.

"I'm going through the process of trying to get a wage subsidy for the staff. As long as we can get help with the wages we should be right."

"I'm really grateful for our community. Everyone's been so great to me and the business. We open again on Halloween so that could be a good day."