A retired US Diplomat says North Korea has a long history of exploiting humanitarian aid. 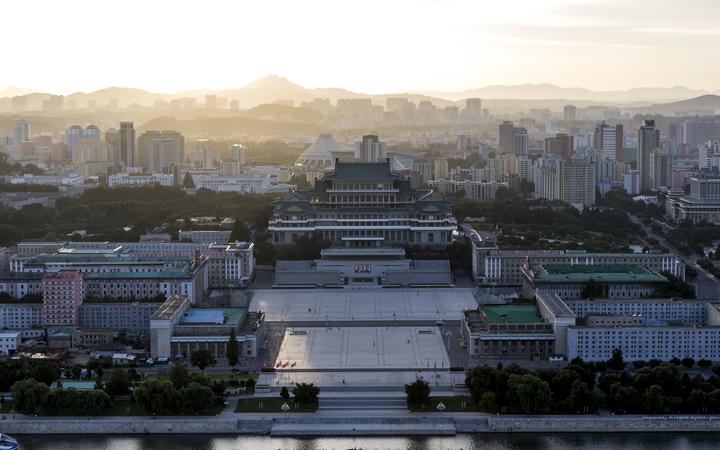 Earlier this week members of the New Zealand-DPRK Friendship Society had their homes raided by police after they made a $US2000 donation to the North Korea Red Cross Society.

The group was told the money was used to buy PPE in North Korea. They had also made an earlier donation of the same amount for Covid-19 testing kits and medical supplies.

Police have confirmed they are investigating possible breaches of United Nations sanctions against North Korea.

Retired US Diplomat Ford Hart said there was no real way to verify where the money was spent in the totalitarian state.

Hart was a Special Envoy for Six-Party Talks which aimed to find a peaceful resolution to the North Korea nuclear weapons programme.

He told Morning Report even though the Red Cross Society of the Democratic People's Republic of Korea might be affiliated to other Red Cross organisations, it was not a safe bet to donate money to.

"All these institutions are managed directly by the central power apparatus in Pyongyang. This is a long tradition in this regime going back to the '20s."

He said it was well documented by independent scholars and United Nations agencies.

The US has heaped sanctions on North Korea over the years, he said, and the UN Security Council had been involved often as North Korea tested nuclear devices in violation of international laws.

"For New Zealand, the key thing here is not other countries' sanctions regimes but in fact United Nations Security Council sanctions which have been toughened over the years."

However, he said the UN sanctions were not working.

"We have a regime in North Korea which is willing to let its people suffer to preserve its own goals. For a country like New Zealand, North Korea is really tough because New Zealand is committed to respect for human rights, it is also committed to global denuclearisation.

"And if a country like North Korea which was itself a member of the [UN] Nuclear Non-Proliferation Treaty regime for decades and exploited that membership to develop nuclear capabilities and ... withdrew from the treaty ... if a country like that can back out of the NPT with no consequence whatsoever then the global nuclear non-proliferation regime is essentially dead or deeply in danger - that's a deeper concern, I would think, to the New Zealand government and people, as is the human rights record in North Korea."

He said there was no easy way out.

As for the New Zealand-DPRK Friendship Society being investigated, he couldn't comment on it but said the $US2000 that was donated, wasn't a lot of money.

From a propaganda perspective, he said $2000 from different sources, "could be useful" to North Korea.