There are two new cases of Covid-19 in New Zealand, Health Minister Chris Hipkins has announced.

The new cases are a woman in her 20s and a woman in her 30s, both from the same family, who arrived 2 July from Afghanistan. Both women were staying at the Sudima Hotel in Christchurch.

They each tested positive from the tests taken on day three after arrival, Hipkins said.

It had been 67 days since the last case of local transmission from an unknown source, Hipkins said.

The number of confirmed cases of Covid-19 was now 1186, and there was now no one in hospital care after the one person who was in hospital with the virus yesterday had recovered enough to be discharged, Hipkins said.

Two people were considered recovered from the virus since yesterday, so there were still 22 active cases in New Zealand.

Hipkins said 1641 Covid-19 tests were completed yesterday. This was far below the peak number of tests per day of about 12,000, and below the 4000 people tested per day that clinicians had recommended, he said.

While testing at 12,000 per day was not necessary, the levels of testing were not meeting the expectations of the government, he said.

"We don't need to be testing at our peak level ... but we do want to maintain a good level of surveillance across the country."

"We need to see good geographical testing here, so not all in one place. It's surveillance testing." 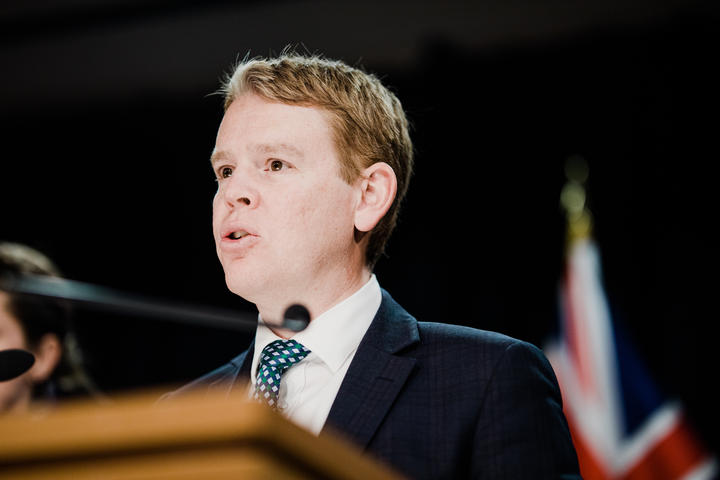 He said he expected the level of surveillance testing could be ramped up to 4000 within days.

"Certainly days. I would not be willing to wait a long period of time for that to happen and I've made that message very very clear to them and they have received, accepted that message, and they're getting on to it."

He said he had asked officials this morning why the testing rates had come down.

"I have not had a good answer as to why those numbers have come down in the last few days, it is not meeting the expectations that Cabinet has set out and the testing and surveillance plan that they put to us."

Hipkins said he would leave medical experts to work out how to increase the level of testing. He said the government expected to pick up cases of Covid-19 before it got out it into the community.

He said he wants the public to be reassured the government is supporting people as they need.

In making a decision on whether the government would use facilities in other areas of the country like Queenstown for managed quarantine, Hipkins said the decision was based on a number of factors including the public health support available for facilities, testing capability and hospital support.

"Keep playing your part as a team of five million, we do want to see people scanning in," he said.

Yesterday there was one new case of Covid-19 in managed isolation, a man in his 20s who arrived in the country from London on 4 July, via Doha and Sydney.

In the same update yesterday, the Ministry of Health confirmed the closure of the last significant cluster, which was associated with St Margaret's Hospital and Rest Home.

There have been 22 deaths from the coronavirus in New Zealand.

Yesterday Hipkins, in his role as State Services Minister, apologised to people who had their highly sensitive and personal information leaked in a Covid-19 privacy breach.

The names, addresses and location of the 18 people in quarantine last week after testing positive for Covid-19 have been seen by media outlets, including RNZ.

Over the weekend an investigation into the leak was announced.

Meanwhile, Air New Zealand have put a temporary hold on new bookings for flights into the country.