Staff at McDonald's in New Plymouth were braced for a rush this morning as New Zealanders adjusted to Alert Level 3 in response to the Covid-19 pandemic - which for many meant a return to work. 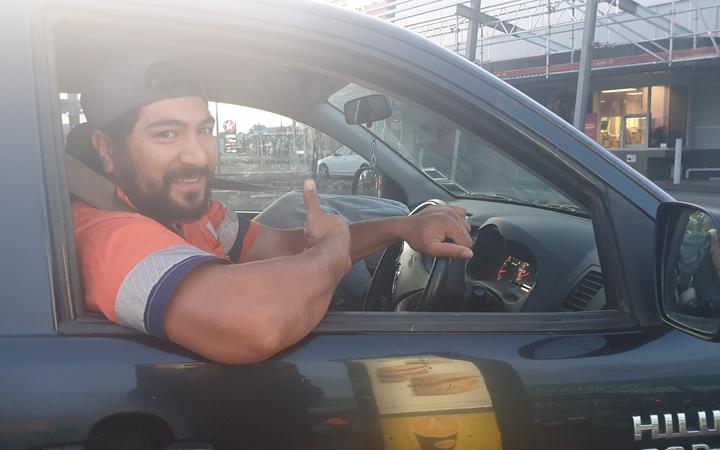 And they weren't disappointed.

Customers began queuing at the drive-through at 3.30am and by the time the fast-food restaurant opened at 5am, about 40 vehicles were snaking through the car park.

Franchise owner Lauren McAuslin said she was blown away by the response to store reopening.

"It was awesome. It was really heart-warming to see I guess the love for the brand coming out and that people were really excited to get back in and get their Macca's fix.

"The menu choices were interesting. It wasn't breakfast [items]. Everyone was craving their Big Mac and Quarterpounder and fries."

Hemi Rangi was on his way to work when he called in at about 7am.

He had a particular menu item in mind - a combo involving four burgers. 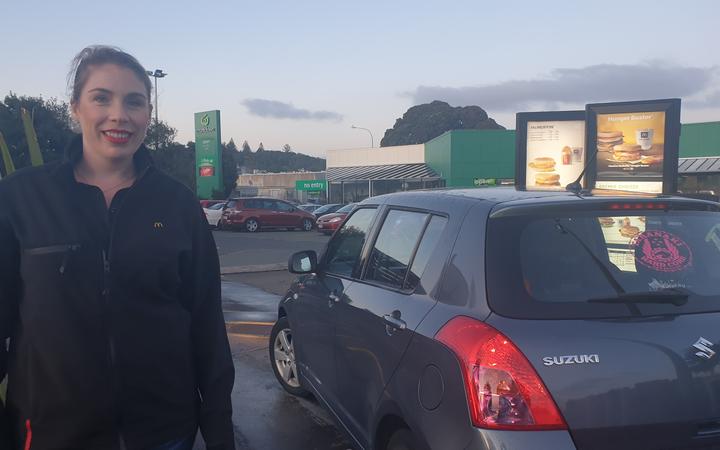 "Well I'm quite into these Hunger Busters so that's usually my go to at breakfast time."

Breakfast had been a struggle for Rangi during the lockdown.

In Dunedin, scrapmetal worker and truck driver, Mike Bowles was looking forward to getting back behind the wheel.

But he also had a meal breaks on his mind - in particular how to manage them safely.

"Just maintaining the two metre distancing. How are we going to do lunch breaks, smoko breaks, getting to and from work that type of thing."

Autocourt owner Nelson Cottle said his Dunedin car sales business had it's own unique challenges, such as how to co-ordinate contactless test drives for buyers who had expressed an interest in a vehicle online.

"We then would drop the car to their house and when we drop the car off to their house or business we have to sterilise the car. We then ring them up to say 'there's a car waiting for you outside your premises' and then they'll take it for a drive."

Cottle said he was expecting business to be tough.

"Unfortunately it looks like there's going to be a lot of people out of work and the people who could've been potentially buying a car or a house they're going to have to put things on hold so we're expecting a bit of that."

Meanwhile, in Wellington, a rail commuter who preferred not to be named had noticed an uptick in patronage as office workers returned to the capital.

"Oh yeah it was pretty different, you know, everyone tried to keep a distance from everyone else. It was not really busy but there were a few more people than I thought [would be travelling] because I thought it was going to be really just a few people."

Christchurch barista Fumi Takai said it was his customers who convinced him to reopen his business - Espresso Studio at the Riverside Markets.

"Actually many customers asked me when do we open so we decided to open under level 3."

He was not expecting a lot of sales however.

"I'm not sure because people still have to stay home so I hope we sell a lot but we will probably not."

In Nelson, people were not queuing up for coffee or burgers but up outside the local organics shop which one avid support thought was just great.

"I'm so am so impressed with that because I thought it would have been McDonald's."

New Zealand will be in alert level 3 until at least 11 May when the government is set to make an announcement about the move to alert level 2 - and a life almost as we knew it before Covid-19.