Humans don't deal all that well with uncertainty - not knowing what's about to happen causes us more stress than knowing for certain something bad is. In the face of a global pandemic, where the outcomes are largely unknown, many romantic relationships will experience an increase in tension and conflict.

Melody Thomas* speaks with married sex and relationship therapists Nic Beets and Verity Thom about how not to destroy your relationship while in lockdown. 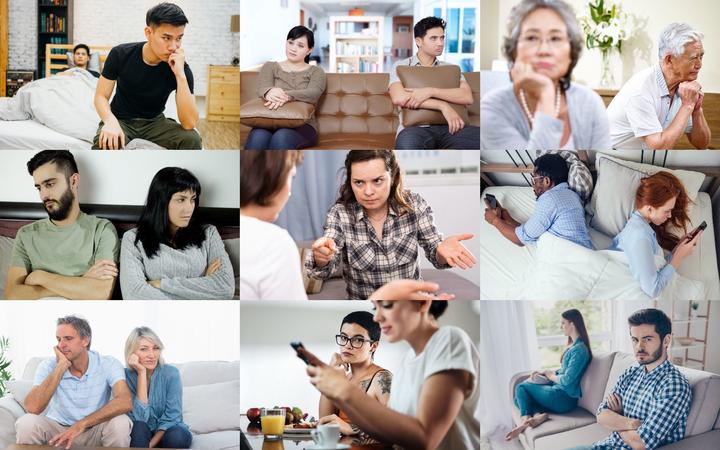 Uncertainty breeds stress breeds tension and irritation. If you've found yourself lashing out at your partner during lockdown, or else closing down completely, then you're certainly not alone. But if you want to get out the other side with your relationship still intact, you might want to engage some better strategies.

Nic Beets and Verity Thom are sex and relationship therapists who have been married for 40 years and are currently in self-isolation with their two adult children.

The secret to 'making it through', they say, lies in kindness and collaboration.

"Cut each other a bit of slack, dig deep and be your best self," advises Verity, "You 'do lockdown' do not let lock down 'do' you both."

Chances are your new normal looks a lot different to how it did two weeks ago. Putting in the effort now to clearly outline a lockdown routine could save you a good number of arguments later on.

"Talk about what everyone needs for this isolation together to work, for example, 'I need two hours to myself where I'm not in charge of the kids each day' or 'I need to go and do some work in the work-shed each afternoon'," says Verity.

Try to make sure everybody gets a say, and all needs are being addressed equally.

"The trick is to get through the conversation without someone feeling like they are being told what to do, or without someone appeasing or complying grudgingly and then later getting resentful," says Nic.

A pandemic magnifies all existing inequalities, so if they're already present in your home, they're likely to become a point of tension. Is one of you being expected to take care of all the childrearing while the other engages in paid work? How can you ensure each of you gets a break from the individual stresses those things entail?

"Attitude is so important," adds Verity, "We can do this, we are in this together, we need to collaborate to sort out a new routine."

If you're used to spending most days apart, there's a good chance you're going to get on each other's nerves. That's to be expected.

Try to make sure you have space to do your own thing, even if just nipping out for a walk or off to read a book, and when things do pop up that are getting to you, set aside a time to talk about them as calmly and empathetically as you can.

One thing you really want to avoid is criticism.

Whereas some relationship complaints are entirely legitimate, criticism is often used as a shield - where the overcritical person masks their own fear, hurt, sadness or shame by lashing out.

Criticism can be incredibly damaging to a relationship, researcher John Gottman has identified it as one of four key predictors of a relationship's demise, for the way it corrodes trust and intimacy.

It also has very little effect on the other person's behaviour (other than causing them to become defensive) so if you actually want to see something change you might want to try a different tact.

"I encourage people to do a big preamble," says Nic, "Clearly state the positive thing you're trying to achieve - like, 'Hey I know I've been distant and I don't want to be like that, so I want to talk to you about something that's bugging me. But I don't want you to feel attacked…I'm asking you to change something but it's not because you're wrong, it's just that I'm not dealing with it very well." 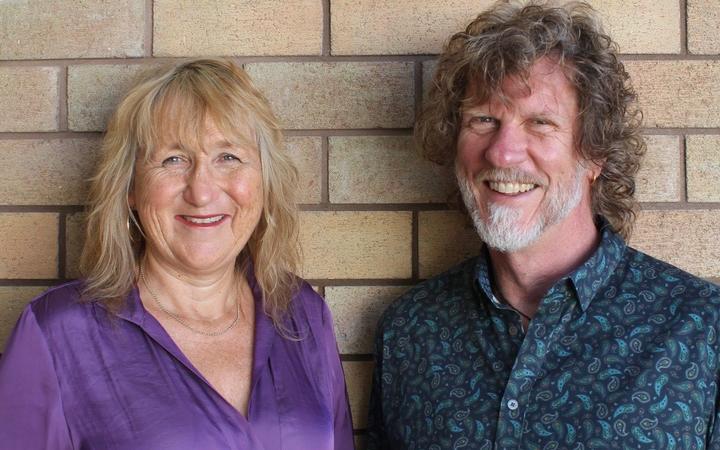 When arguments do happen, it's more important now than ever to learn when and how to disengage, rather than escalate.

"When we feel trapped we're more likely to operate from the primitive self-protected part of our brain, the limbic system," says Nic, "You need to get away from each other to let that part of the brain settle down."

Easier said than done during a lockdown, but there are still options open to you.

"Have a shower or a bath, listen to some calming music or relaxation programmes or sounds on your device. These are all quick ways to change your mood state," says Verity.

Going for a walk or a run is also a great option.

"Movement reminds the limbic system that we're not trapped, we have choices," says Nic.

Do remember to come back together when you're calm and try again. Many couples swear by a regular check-in, where grievances can be aired and worked through when everyone's feeling up to it.

Just make sure you're both getting a say.

"Shutting down or going on and on - talking 'at' the other person or needing to talk a tonne - are two different ways of dealing with anxiety and stress. Neither are that helpful, so try not to do either of these two extremes," says Verity.

The relationship between stress and sexual intimacy is complicated - for some, stress causes their sex drive to shut down, where for others sex is an easy and natural way to seek reassurance and closeness.

If your sexual responses to stress aren't matched then likely you've already noticed it before this, but lockdown is likely to exacerbate the situation.

"Of course, the answer is to have a conversation about it where, as always, no-one is made to feel wrong for being the way they are," says Nic.

"If you're someone who shuts down sexually under stress, then your partner is going to experience that as control and resent it, unless they understand it's not something you're choosing to do, it's just the way it is."

Nic likes to point out that there's a difference between "feeling like sex" (as in being turned on) and "wanting" to be sexual, as in wanting sex to be a part of your relationship or part of your life. If you do want sexual touch to be part of your life, that's a place you can work from together.

"Generally speaking, shutting down verbally or sexually is not that smart during tough times when staying connected as a tight team is wise," says Verity.

You may prefer one form of connecting over the other, but it's worth putting effort into the one that doesn't feel so natural to you.

"Find space to talk some, be affectionate some, be sexual some. It doesn't have to be all about intercourse and orgasm… Just making out or sharing a hot bath or shower, or giving a massage… Take it slow for the person who does not normally seek sexual connection when things are stressful. Be spacious, relaxed and maybe laugh a little," says Verity.

While isolation is understandably causing street and anxiety for many, Verity and Nic are also finding that a lot of couples are pulling together better than they usually do.

"Maybe they're doing it for the kids or because the situation feels so critical… But regardless, they're getting used to striving to be calmer, steadier and kinder than they normally aim for," says Verity, "I'm urging them to try that hard once this is all over!"

* Melody Thomas is the creator of RNZ sex and sexuality podcast BANG!, sometime-presenter for Music 101, and a writer for various print and online media.

While an increase in relationship tension during isolation is normal, it should never be used as an excuse for physical or sexual violence. If you're feeling unsafe, reach out to one of the organisations below.