A controversial attempt to get water for irrigation from the Ruataniwha basin in Hawke's Bay is angering many in the rural community. 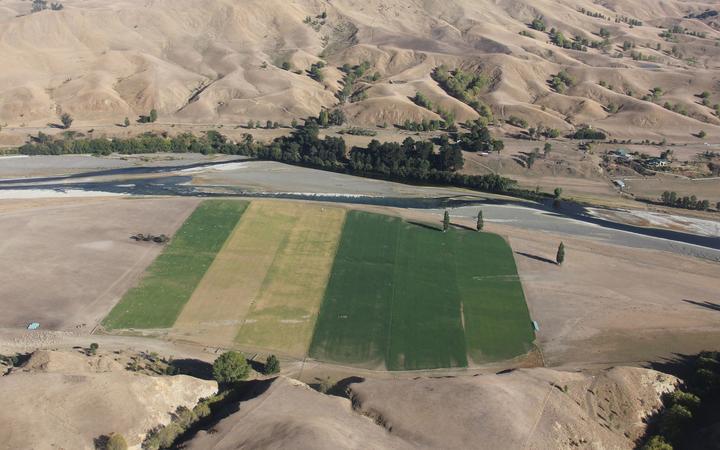 Eight farms want to take 15 million cubic metres of water out of the local aquifer for extra irrigation.

Water security is the top issue for many in the Central Hawke's Bay district, with some saying the move is all about personal gain and greed.

Tikokino farmer George Williams is one of those upset by the move.

"I just can't believe that they're going ahead with this - they're basically putting hundreds of people's, hundreds of farmers livelihoods at risk of losing stock and household water - for the sake of eight farmers personal gain or greed perhaps."

The creeks on his farm were already bone dry, and bores in the area were far too shallow.

Forest and Bird was against it too, with its Hawke's Bay conservation manager Darren van Hoof saying the situation was already dire.

"There's already a strain on the current water allocation, so what you're doing in essence is putting a further strain on that," he said.

He feared of the effect it could have on animals such as banded dotterel, oyster catches and fish such as eel and dwarf galaxiid.

Some wanted the controversial Ruataniwha dam back on the cards - but Van Hoof said no.

"Well the solution isn't building a dam, a solution is moving away from water-intensive industries, because they're not tenable now and they definitely won't be tenable in the future.''

Duncan Abernathy, the spokesperson for the eight farms making the application, was certain of its benefits.

"From the farmer's perspective, I think it will really help improve the consistency of crop production, and with that, it provides farmers the confidence to spend more money and I think the flow on impacts for the community should be reasonably significant."

He argued if farmers increased production, it put more money into communities.

Those who were opposed should have a careful look at his group's plans, he said.

"I'd encourage them to take a really good look at what's been proposed, it's a bit of a package."

For instance, they did not want to hinder river flows, he said.

"We are planning to actually help the river flows over those sort of summer, dry sort of periods."

Farmer and ex-mayor Tim Gilbertson was against it too.

He claimed the Hawke's Bay Regional Council was steamrolling ahead and allowing it to happen.

The situation been put on the council by the Environmental Protection Authority's board of inquiry, which meant they had to follow through.

"We are really doing everything we can to improve water quality in the catchment, and the suggestion that we're simply enabling the situation to be made worse couldn't be further from the truth."

Public submissions on the water take close on Friday at 5pm, then hearings are planned for next year.