Sealord is hoping a varied approach to staff vaccinations means it won't have to introduce a mandate. 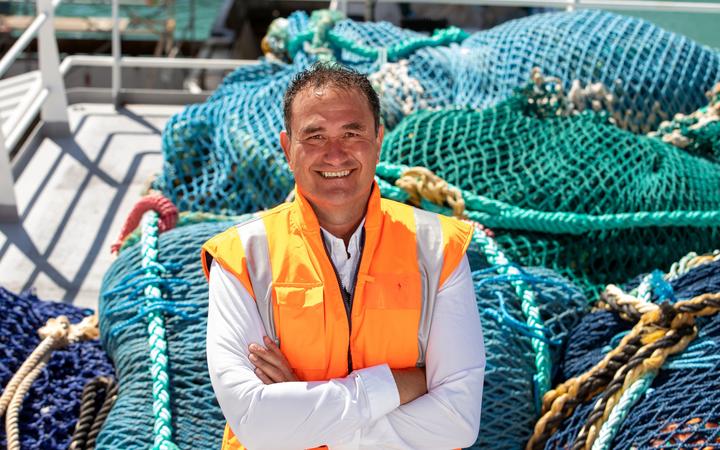 The Nelson-based company has been consulting with staff over the last two weeks about a possible vaccine mandate.

Sealord chief executive Doug Paulin said as the country moves from a strategy of eliminating Covid-19 to mitigation it wants to ensure all staff feel safe when they come to work.

"As you can imagine views were mixed, 70 percent supported a mandate, about 20 percent who are vaccinated believe in people having the right to make their own decision and then there's about 10 percent who were against a mandate."

Paulin said the company has come up with a plan which it hopes will support everyone's views.

"So we are giving our staff an opportunity to to get vaccinated, we want each of our different areas to reach 85 percent vaccination by 24 January next year.

"If the separate areas such as different vessels or processing plants don't get to 85 percent vaccination by the 24th of January, then we'll be mandating vaccination in each of the areas."

If an area of the business does reach 85 percent the unvaccinated staff will have to get regular Covid-19 tests.

He said the company's Auckland office had a vaccinated rate of 100 percent and the Nelson office is sitting at 95 percent.

"So really, it is an operations policy in reality, because those are the places that currently sit below where we'd want the vaccination level to be."

He detailed the plan to staff yesterday afternoon and expects some will leave because of the decision.

"Look it is a worry, even though we haven't set mandatory vaccination there may be some particular crews that don't get to 85 percent so therefore we would mandate the vaccine and some staff would leave.

"But we have to balance that with everyone else's right to feel safe when they come to work. And I think in setting a 85 percent threshold, we've balanced that as far as we're able to," Paulin said.

Sealord is currently 60 staff short in its processing facilities and 50 short onboard its vessels.

Paulin said with the move to living with the virus in the community Sealord wants to minimise the risk of getting a case in its processing plants.

"China delisted one of our plants as the result of a video audit which was unfortunate in the fact they were using a guideline, which the World Health Organization had put out when New Zealand was operating at level one and there hadn't been the discussion between the two governments around what level one was versus the World Health Organisations management of Covid.

"That said, what we're talking about now, in terms of vaccination isn't directly associated with the rules required to get product into places like China. But really, it respects the fact that you don't want to have Covid in a primary industry manufacturing plant, because it creates all sorts of downsides."

Paulin said a case in the workforce could affect productivity and could risk the company's reputation amongst export countries.