Kumara prices are sitting at low levels not seen for nearly a decade. 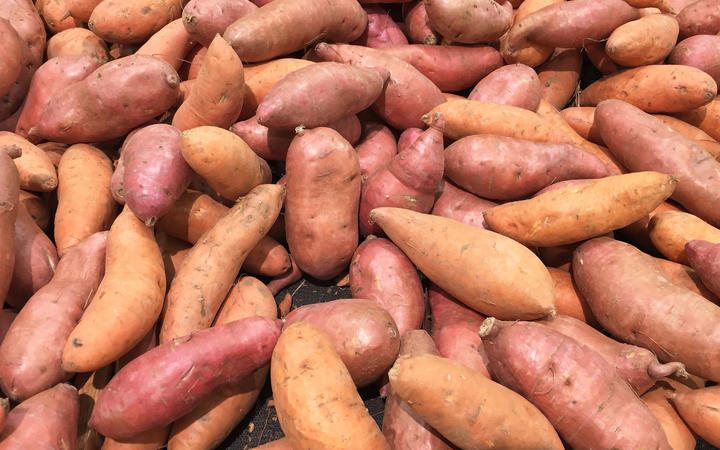 Warm, dry conditions led to this year's crop being 35 percent higher than last season - about 25,000 tonnes have been harvested.

Despite a spike in sales during lockdown there is still plenty in storage which is keeping the price low for consumers at between $2.50 and $3.50 a kilo.

"In the last few years the kumaras have been on the shorter side because the growing conditions have not been great, so growers have slowly increased their acreage.

"This year conditions were really good so obviously we've had a bumper crop.

"Now we've got to move that all before the middle of January, because that's when the new season stuff comes in, so we have a deadline and if we want to sell it all we've got to price it accordingly."

Wilson said that meant the kumara will be selling for less than the cost of production this year.

"It's definitely not profitable - you wouldn't want too many years like this, put it that way."