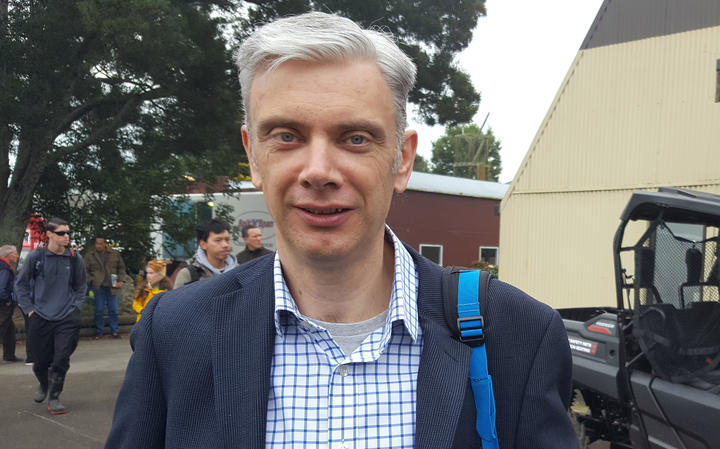 KPMG's head of global agribusiness Ian Proudfoot said it was the most difficult agenda to write in 12 years as he usually preferred to present a positive outlook.

There was an underlining theme of low morale and fatigue among those surveyed, caused by labour shortages and shipping delays, he said.

"We expected with prices being high, dairy prices being high, kiwifruit returns higher than they've been, excellent red meat returns, that we were going to be walking into an industry that would still have quite a lot of that glow of last year, of the essential food producer.

"But the reality is, I think this has been an incredible hard year on people, on our executive teams, on our leaders, and it's taken a toll."

The industry was focused on its day-to-day challenges, instead of making the most of a "global food renaissance" emerging rapidly around the world, Proudfoot said.

"A decision made this morning may not be the right decision in the afternoon because a ship may not be sailing or it may have decided to sail straight past.

"Or the labour you thought was going to turn up for work in the morning hasn't shown up."

If the New Zealand agri-food sector was to keep up with international growth and adapt to a post-Covid-19 world it needed to make some changes, he said.

"We have to make the executive bandwidth to enable us to do that. To me, that means there needs to be investment in executive bench strength.

"If you look at many of the companies in New Zealand that have changed CEOs in the last year, they've changed CEOs to bring somebody in from outside."

In other countries there were multiple people in teams willing to take up the chief executive role when needed, which was missing in New Zealand, Proudfoot said.

"We need to ensure that we have that capacity in our organisations so when we have all these challenges they don't end up on one or two people."

It asked the government to allow more consultation on draft regulation and try to reduce the burden placed on executive time.

Proudfoot said change was positive but "the point was made that it is the breadth of change that is stretching many organisations."