Farmers cut off in the Canterbury high country due to roads being washed away by floods say they're doing well and getting on with the clean up. 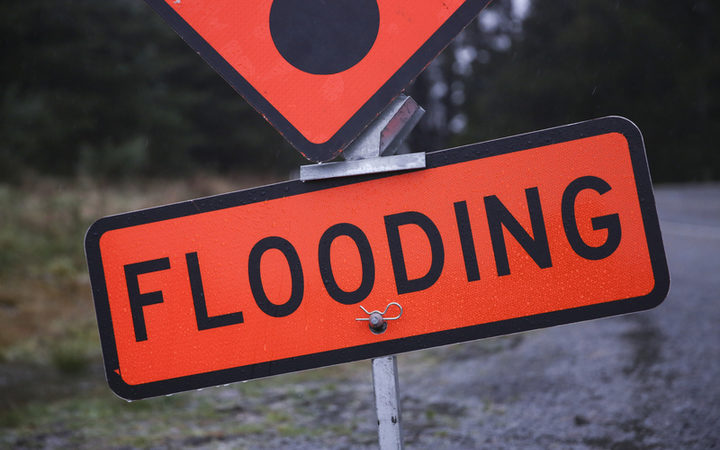 Anna Hutchinson runs sheep and beef on Double Hill Station up the gorge with her husband Tim.

In their 20 years on the station it was the worst damage they had seen, she said.

"We've had about 250mm of rain but the situation is getting better because the sun has come out - everyone is out clearing tracks and culverts," Hutchinson said.

"Fence lines have been wrecked and there's some flooding on farms east of us."

Their station was lucky to avoid stock losses and surface flooding but a lot of tracks were destroyed and the access road to their property was not passable, leaving them and a handful of other farms cut off, Hutchinson said.

Roading company Harmers was already working on the road.

"They're hopeful they will be able to cut a four wheel drive track in a week or so, but the gullies on the range behind us have let go of huge amounts of shingle and mud which is spilled all over the access tracks to peoples' farms."

Everyone was well and truly in clean-up mode, she said.

"We have hired a fencer for three months so they will arrive as soon as the road opens - and we've got some heavy machinery coming in to help - Tim thought there'd be a good six to eight weeks of work here for a big digger.

"The fix won't happen overnight and that's okay - the main thing is we all have power and we are well and everyone's helping each other."

Meanwhile in North Canterbury, five properties at Mt Pemberton Station in the Lees Valley were also cut off - the station's private water scheme has been compromised by flooding. 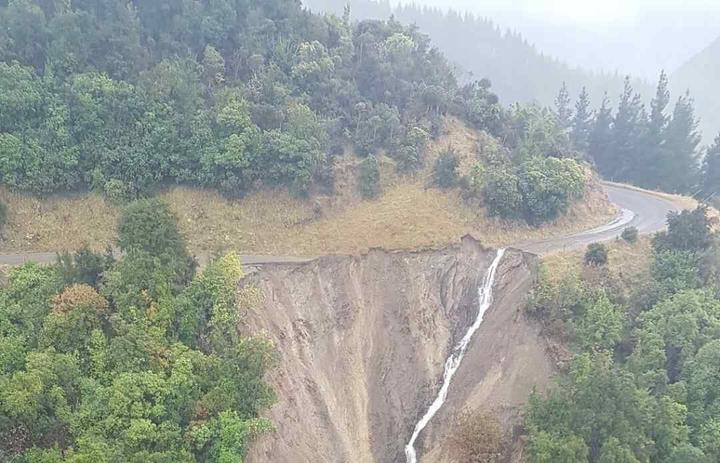 A washed out section of a road in Canterbury's Lees Valley after the recent rains. Photo: Waimakariri District Council / Facebook

"Our understanding is the Lees Valley Road will be out of action for some time but alternative routes are being looked at," Dalley said.

"There is a major river that needs to be forded. There's potentially two other routes, but the Waikuku River - which is not bridged - is the major impediment. Until that drops then access will be difficult."

The Rural Advisory Group and Federated Farmers were surveying farmers in the area to assess what help was needed, Dalley said. 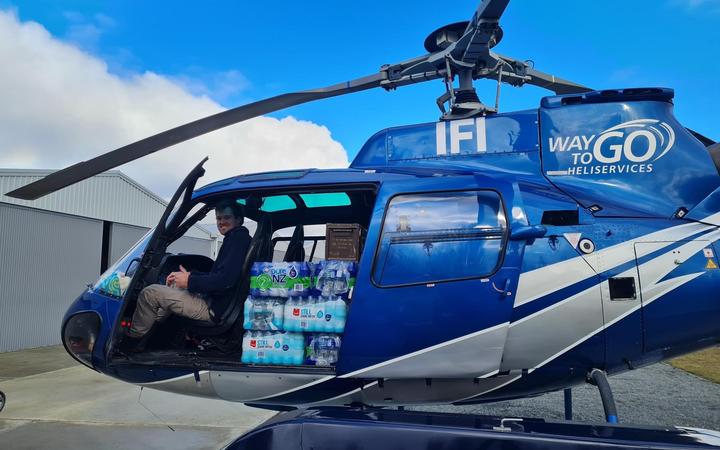 A helicopter used to deliver fresh water and prescription medicine to the residences in the Lees Valley after heavy rain. Photo: Waimakariri District Council / Facebook