Man's best friend has been battling through rain, wind and snow to get the job done at the national Sheep Dog Trial Championships in Southland this week. 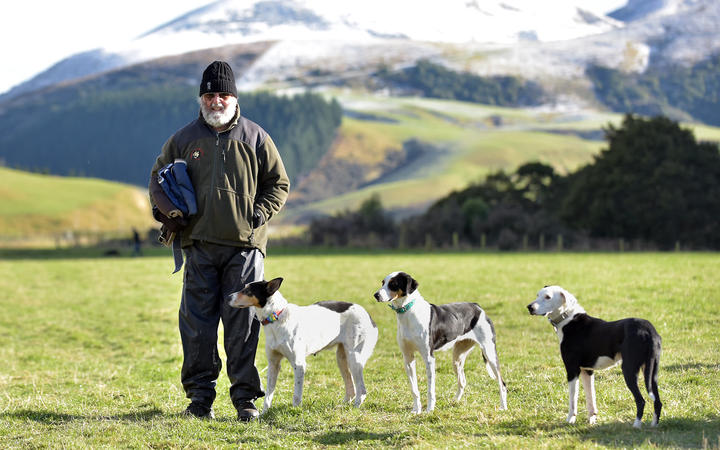 More than 500 dogs and 300 trainers were vying for the top spot at the almost week-long trials, hosted on a farm north of Gore by the Greenvale club.

Southland Dog Trial Association spokesperson Maria Hurrell said, despite some rough conditions, everyone had been having fun.

The week had been plagued by frost, rain, "cold, bitterly" wind, and some snow - but that hadn't stopped competitors from flocking to Greenvale from around the country, she said.

"Probably half of our competitors have come from the North Island, many of them from right up the top of Northland. It's something they do every year.

"It's just a great way for them to catch up with their friends, you know, prove who's got the best dog ... it's a very social sort of week." 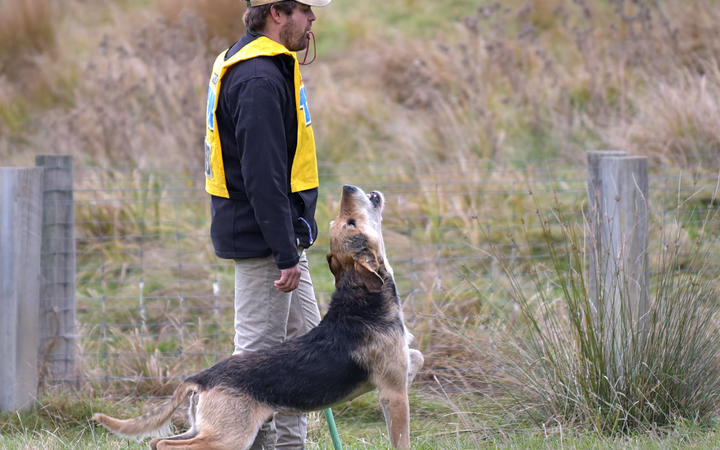 A dog at sheep dog trials in Greenvale has a howl. Photo: Sheep Dog Trial Championships in Greenvale, Southland

There were four categories in the trial, two each for the barking huntaway dogs and the quieter heading dogs.

Hurrell said some competition categories would wrap up on today. A good pool of prizes and trophies for each category were waiting for the best trainers and their hounds, Hurrell said. 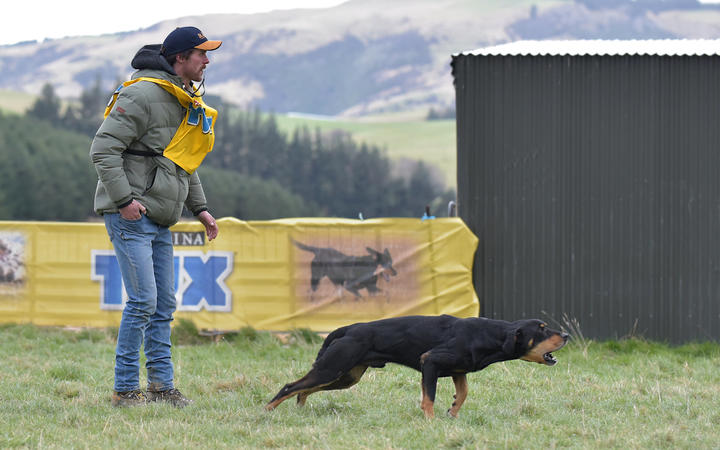 A dog asserts its authority at the trials. Photo: Sheep Dog Trial Championships in Greenvale, Southland

She said a huge amount of work from local communities had been done to host the event - which included feeding the hundreds of competitors for a week.