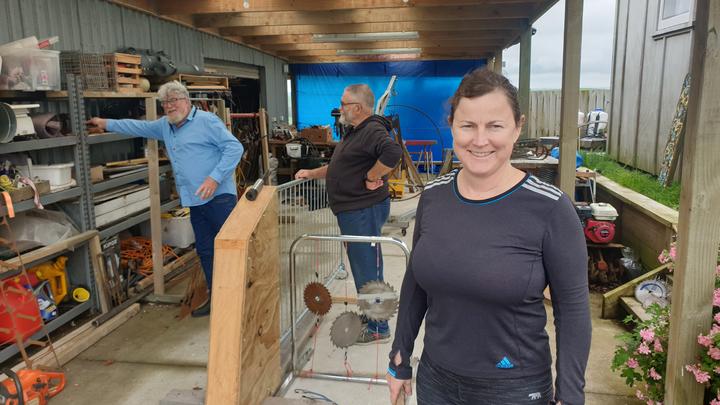 The new scene emerging out of rural New Zealand is Farm Music - people hitting bits of scrap found in the shed, garage or out in the paddock.

The mental health project debuts on stage at Reset 2020 Arts Festival in Taranaki on Sunday.

Farm Music producer Sally Barnett said the idea for the project came to her while volunteering at the Taranaki Retreat - a suicide prevention initiative set up on a rural property southwest of New Plymouth.

"While I was there I was interacting with a number of men who were guests at the retreat and had come to the retreat to work on their mental well being and to get some support for their mental health.

"And my background is in arts producing and during my time there I kind of thought about how do we bring those two areas together?"

And there was plenty of interest. 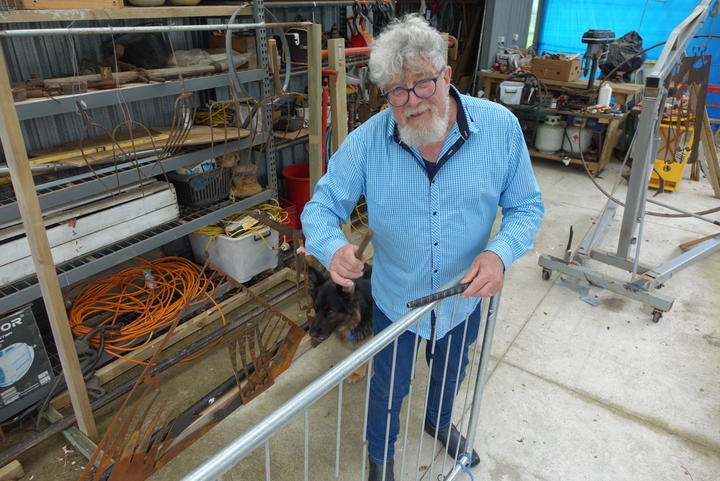 "So we have now a group of men who have created all these amazing objects and instruments from gates and pick heads and various things that to be honest I'm not really sure what they are."

About 25 men worked with drummer and composer Chris O'Connor - who helped bring structure to their musings - and with sound installation artist Dr Bridget Johnson, of Massey University, who has automated some of their creations.

The project's social worker, Moira Krispe, said the collaboration offered a perfect platform to reinforce the building blocks of well-being.

"One of the key ones is to take notice and Chris O'Connor, who's the composer involved in this, talked really nicely about this. About taking notice of sound around us and ways they could do that and listening for the sweet spot of and object."

Krispe said connecting with others was also a focus.

"And that came through in terms of the get togethers with people, connecting with their own talents, strengths those sorts of things.

"So I think that has in fact been one of the key parts of this project because often people feel quite isolated."

Krispe said participation, staying active, learning and giving of yourself were other mental health cornerstones. 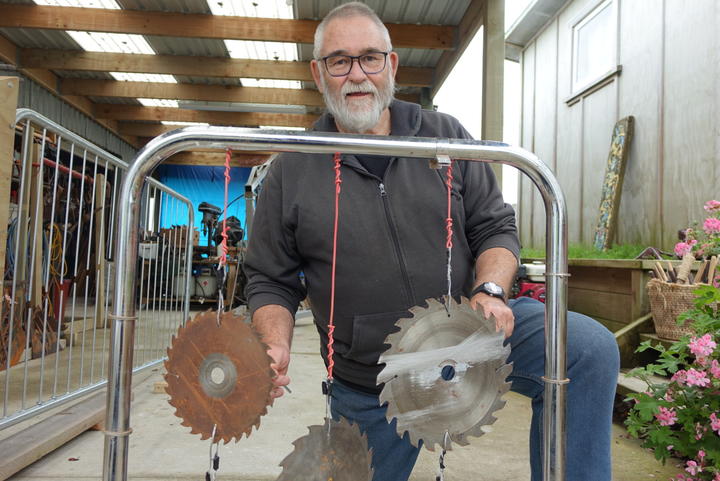 Participant Wayne Morris said the project ticked a lot of boxes for him.

"There was hitting things, there was creativity, there was fun and there was issues around mental health all of which have been a part of who I've been for a very long time, so I thought, yup, I'm in."

A percussionist for as long as he could remember Morris was in his element.

"And I'm hitting them with the handles of golf clubs. I'm useless at golf so it was easy to chop the handles off and use them for other purposes. But it's surprising what you hit and what sounds you get from what you hit."

Michael Self - whose shed RNZ visited - reckoned this kind of improvisation was at the core of all the best music.

"The blues, skiffle, even punk. Some of those all came out of making do with instruments or using what was around.

"Even tap dancing had it origins back in the day of the clog dancers beating in time to the threshing machine." 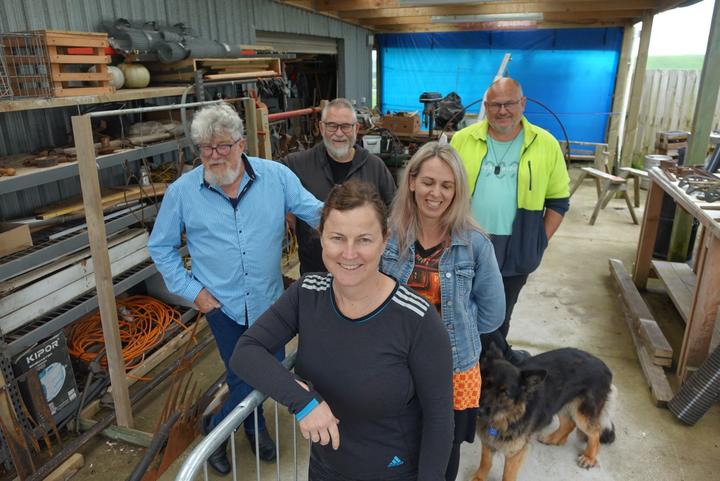 He too had a new favourite instrument.

"One of the great the great traditions of New Zealand farming was to get the blacksmith to turn the old drive shafts out of the old cars into crowbars and beautiful steel was used in making those. I'm told this came out of an old Ford V8."

Farm Music - including impromptu performances and workshops for children and adults alike - will take over the Alexandra Room at the TSB Showplace between 2pm and 6pm on Sunday.

The Re-set 2020 festival continues until November 15.