More evidence has emerged of the perils of growing food in the era of Covid-19.

The main problem is that many essential workers from overseas cannot come in because of travel restrictions, either as backpacking working holiday makers, or Recognised Seasonal Employment (RSE) scheme workers from the Pacific Islands. 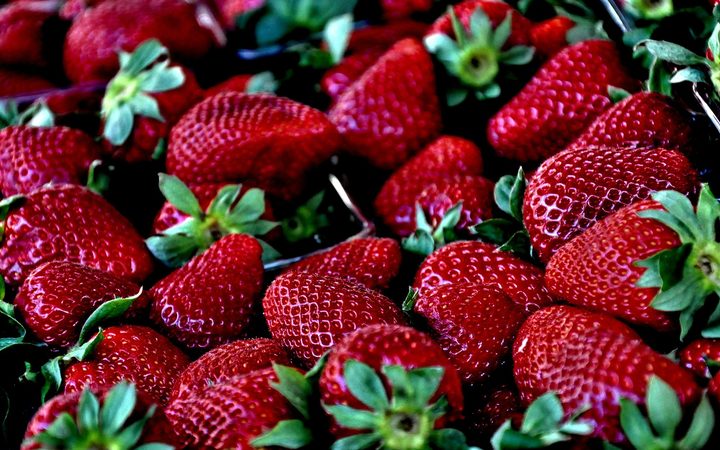 A grower and Strawberry Growers NZ board manager Tony Boswell said foreign workers were essential, more RSE workers should be allowed, and a decision to do that had to be made early. Photo: PIXABAY / Creative Commons

This point was made repeatedly by agricultural sectors at a Parliament's Primary Production Select Committee yesterday.

Representatives of the strawberry industry told the committee that had done all they could to attract New Zealand workers - even growing strawberries on tables so that pickers don't have to toil all day bent double.

But was still not enough.

A grower and Strawberry Growers NZ board manager Tony Boswell said foreign workers were essential, more RSE workers should be allowed, and a decision to do that had to be made early.

"Strawberries are a high investment, one-year crop," he said.

"One of the things strawberry growers have to decide every year is how much of their crop to put in each year, or whether to even put in a crop at all.

"We are talking about millions of dollars... and labour supply is now the key issue for strawberry growers."

The chairman of Strawberry Growers NZ, Anthony Rakich, told the committee the difficulty in finding those workers would definitely take its toll.

He predicted this year's strawberry crop would be down 10 percent to 15 percent on last year.

Other sectors turned up at the select committee to make the same point, including the wine industry.

It dominates some regions like Marlborough and is dependent on RSE workers to produce its product.

Philip Gregan of New Zealand Winegrowers said he was extremely worried about the coming season.

"If there is one thing that is really occupying the minds of growers, it is how do they bring in vintage 2021," he told the committee.

Gregan was then challenged by National MP David Carter.

"What are the answers, if you are wanting to harvest in 2021 and the borders are still closed, how are you going to manage?" Carter asked.

"We don't really have all the answers at the moment," Gregan said.

"There is mechanisation that can speed things up a bit, but at the moment we don't really have the answers. We will be working on that as a top priority."

The government has agreed to allow some workers in, despite the Covid-19 restrictions, such as film crew and scanners whose job it is to assess sheep pregnancy rates.

But many other cases are still pending.

This problem is exacerbated by the seasonal nature of a lot of New Zealand agriculture.

For years, New Zealand workers avoided seasonal work because it did not provide a constant income and had a limited career structure.

For that reason, backpacking working holiday makers has long provided a vital source of labour.

The RSE scheme was also vital - and had the side effect providing essential foreign aid for Pacific Islands nations, many of which are economically very hard pressed.