By Karen Pasco of

Plans to regulate whitebaiting have been influenced by "chick scientists" who seem to think whitebaiters should fish in their jandals and celebrate catching enough for a patty by sitting down and singing Kumbaya, a Southland Fish & Game councillor and whitebaiter says. 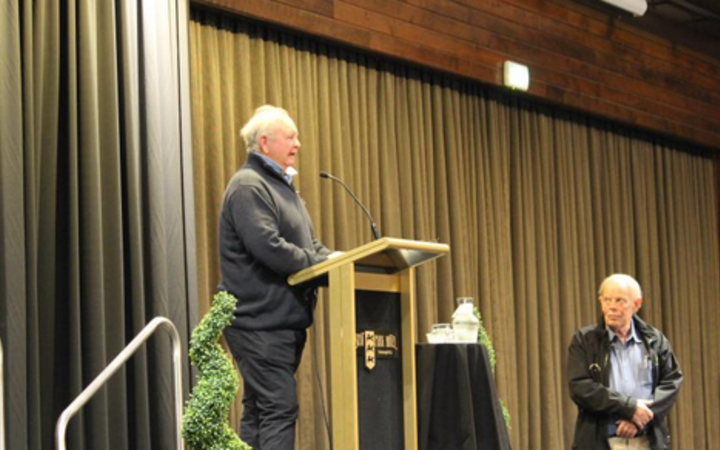 The Department of Conservation had its own agenda from the start of the proposal process - and legal action might be necessary, Ken Cochrane told 200 people at a meeting organised by the Southland Recreational Whitebaiters Association in Invercargill yesterday.

He urged whitebaiters to include whitebait licences and regional specific rules in submissions to the proposed Department of Conservation (DOC) whitebait fishing changes, so further legal action - such as a judicial review - could take place if tabled proposals were put in place.

Cochrane was one of the 18 members of a working group who met to give their points of view in relation to the whitebait fishery. The group included representatives from Mātauranga Māori, commercial and recreational fishing, habitat restoration, fisheries and species management, and freshwater policy and ecology.

Cochrane said the group was "biaised" by DOC freshwater scientists and he was sceptical about how the process would pan out.

"I sat there on day one and I thought 'I'm listening to a whole bunch of chick scientists who, if you look at the view they were pitching, everybody in New Zealand should not shave their armpits... should whitebait in their jandals... after they catch one patty for tea they should sit down, hold hands and sing Kumbaya'."

He believed a fishing licence for whitebaiting was needed to help DOC raise money so it could undertake more research about different species and how current fishing methods affected them.

It was also imperative there were regional rules, as every region had quite different conditions and ways of fishing, he said.

A large part of the working party's discussions had concerned commercial whitebait fishing in New Zealand. However, when the proposal came out, there was no mention of it, he said.

"I'm urging the members of SRWA to lodge their submission to the Government before March 2 to have emphasis on licence to fish for whitebait and a regional rules concept.

"They are the two biggest subjects that will allow for a judicial review if the proposals are put in place.

"They are an important part of the process to allow for action later on."

Suggestions in the proposed submission included addressing commercial take issues, introducing a licence system and restricting to one net per whitebaiting stand.

Addressing the crowd, McNaughton said, "We're all pretty uptight about what's going on."

"The changes, if implemented, will have a huge impact on our recreational sport."

Submissions on the proposal were to have closed on 2 March but yesterday Conservation Minister Eugenie Sage announced that had been extended to 16 March.

DOC will then present the document to the Minister of Conservation and the Cabinet will consider what changes may be appropriate.

- This story originally appeared on the Otago Daily Times website.