Farmers who have paid millions of dollars to put fences alongside waterways fear having to pay millions more to move them. 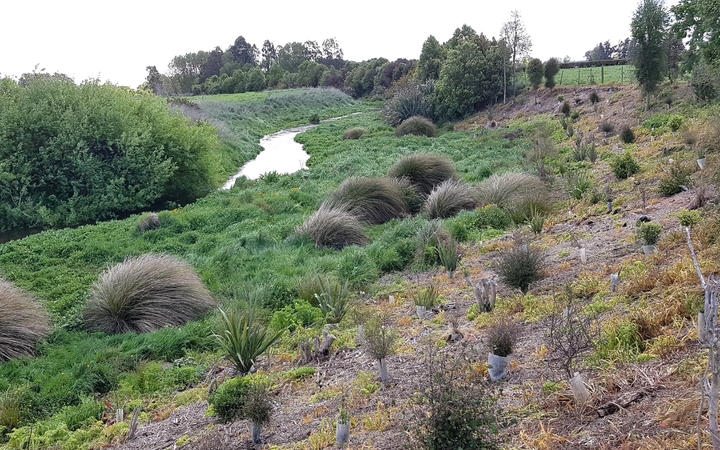 This worry has arisen from the government's proposed Action Plan for Healthy Waterways, which was released in September.

This plan called for fences to be set back at least five metres from a creek that runs through a farm, to stop nutrients leaking into the water.

Federated Farmers environment spokesman Chris Allen said many creeks had already been fenced off, and those fences might have to be shifted under the proposed new rules.

"If we have put up fences to exclude stock, the last thing we want, now the goalposts have moved, is to do the whole job all over again," Mr Allen said.

"It's just a waste of time and money and energy."

The fencing problem dates back many years.

A few farmers have always fenced off waterways and others followed suit after the Clean Streams Accord was signed in 2003.

Its successor, the Sustainable Dairying: Water Accord, of 2013, brought still more farmers on board.

A survey by Federated Farmers found 80 percent of riverside fences built under those rules were two metres from the water.

But the Action Plan for Healthy Waterways wanted fences set back five metres from a creek.

Mr Allen said that figure did not take account of regional differences.

"A five metre setback is a pretty unilateral sort of number," he said.

He said moving fences could cost hundreds of millions of dollars.

This issue is clouded by unclear comments from the Minister for the Environment, David Parker.

In an interview with the radio show Magic, he said farmers would not face this cost.

But in a statement later, Mr Parker indicated fences might have to be moved - but at a later date.

"There have also been claims that we will force those who have recently erected substantial fences to move them immediately to, on average, five metres away from waterways," Mr Parker said.

"That's not what we've said. The proposals would allow existing fences that don't comply to stay until 2025 or 2035 depending on how close they are to waterways.

"In addition, landowners may seek exemptions or an extension to the timeframe."

Some farming leaders thought this was enough to give cause for hope.

But Federated Farmers wanted certainty, saying people should get recognition for their work and expense when they had already erected fences in good faith.

And paying for new fences would be as expensive in future as it would be now.

Figures provided Federated Farmers show the cost of fencing ranging from $4.67 to $22.71 per metre.

DairyNZ said there were 24,249 kilometres of fencing covered by the 2014 accord.

Calculations showed if just half of that was fenced again, the cost would be approximately $156m, at a midway point in the estimated cost-per-metre.