Another male Queensland fruit fly has been found in the Auckland suburb of Northcote. 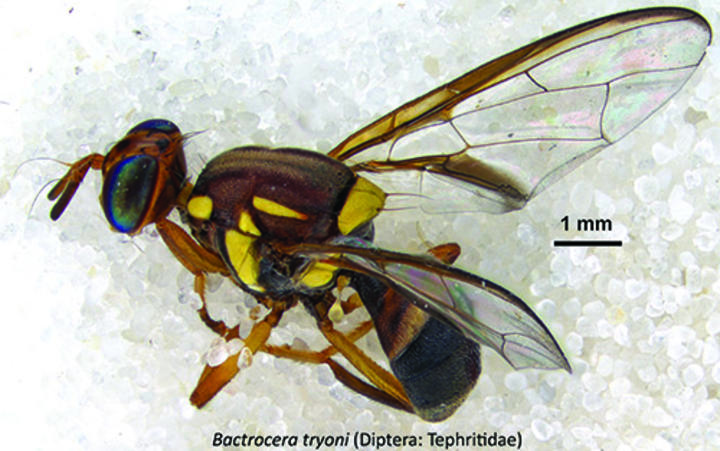 Biosecurity New Zealand spokesperson Catherine Duthie said the fruit fly was detected on 15 July and was the tenth to be found in the area since February.

Dr Duthie said an established population of the flies could be devastating to New Zealand's multi-billion dollar horticulture industry.

"We cannot afford to take our foot off the pedal. We have found 10 of these flies in the Northcote area since February, and while we still haven't found any evidence of larvae, pupae, eggs or female flies, the continued finds indicate that Queensland fruit flies remain in the area, albeit at very low levels," Catherine Duthie said.

In June the government department said it was scaling back trapping and surveillance in the area because fruit flies were not as active in winter.

But Dr Duthie said a network of traps which attract male fruit flies had remained in the area over winter and were being regularly checked.

"Once we start heading out of winter, we will be looking at stepping up again, with the focus on maintaining controls and continuing with baiting and more intensive trapping."

Since 26 April, an area of Northcote has been under a Controlled Area Notice. This restricted the movement of certain fruits and vegetables out of controlled areas to help prevent the spread of any fruit flies still in the area.

Dr Duthie said those restrictions had to remain in place for now.

"Biosecurity New Zealand understands that this response is a significant inconvenience for those living and working in the controlled area and we are so grateful for your continued support," she said.