Researchers looking at the effectiveness of pollinators on New Zealand farms say flies play an important part in the process. 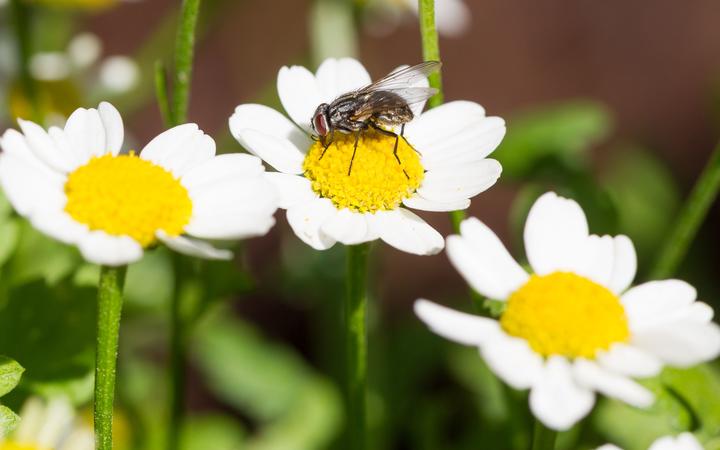 Operation Pollinator has been developed by global biotech company Syngenta, in which Plant & Food Research are partners through providing expertise in local plants and pollinators.

Dr Brad Howlett, from Plant & Food Research, said the focus of the research project would be on finding certain associations between plant species and insects in order to design specific plant habitats on and near farms.

"What we're trying to do is figure out what are the plants that provide resources for our pollinators," he said.

He said they already knew what the key wild pollinating species were for crops like kiwifruit, but not necessarily how they could make the most out of the land that was surrounding orchards.

Blake Mackie from Syngenta in New Zealand said independent research trials had shown that the creation of even small areas of dedicated habitat could greatly increase the numbers of pollinating insects.

Dr Howlett said they were keen to explore ways that this extra land might be used to provide value to the grower, through promoting wild pollinators in a habitat that was optimised with the right mix of native plant species.

He said the importance of flies in a world of declining bees, could not be underestimated.

"Flies are something that have largely gone under the radar in terms of understanding what their role is. In avocado for example, in Australia in the tri-state region we found that if they didn't have flies pollinating their avocado then they'd be in trouble. They had virtually no bees visiting the flowers."

Dr Howlett said they also wanted to know through their research how variable the pollinators were from region to region.

The research team had started the process of identifying associations between insects and pest species, and native plants.

The next stage will be to identify two kiwifruit orchards as sites for establishing nearby native plantations.

The project expects to achieve some key milestones by the end of the year.