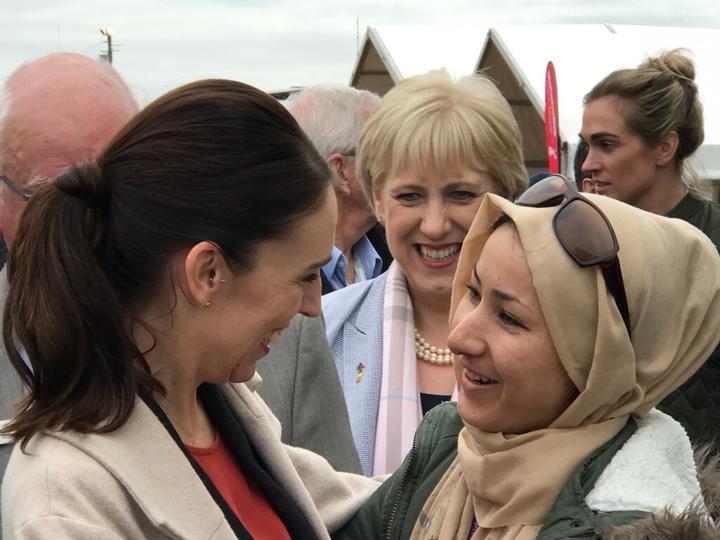 The annual event, which this year marked it's 51st anniversary, is the Southern Hemisphere's largest agricultural fieldays.

Among those flocking to the event were lifestyle block holders, school students, agri-business people and others who wanted to learn more about what makes one of New Zealand's largest industry's tick.

Basira Frotan lives in New Zealand but hails from Banyam province in Afghanistan and was at fieldays with her English tutor and classmate.

Ms Frotan told RNZ's Country Life she was interested in agriculture because her father has a small farm in Banyam where he grows vegetables and wheat.

"I wish he would come here and then see the fieldays ... he would love it, mostly the machinery ... you know good technology," Ms Frotan said.

Afghanistan was an agricultural country, like New Zealand, but some farmers there were disadvantaged because they did not have access to new farm machinery, she said.

Ms Frotan said the absolute highlight during her visit to fieldays was coming across the Prime Minister Jacinda Ardern.

She said she had wanted to thank Ms Ardern for what she had done for the Muslim community in the wake of the Christchurch terror attacks.

"I want to say thank you because you help us ... Muslim communities ... I feel that now I am not alone, we are not alone here," she said.