The number of reported beehive deaths in New Zealand has lifted slightly for the fourth year in a row. 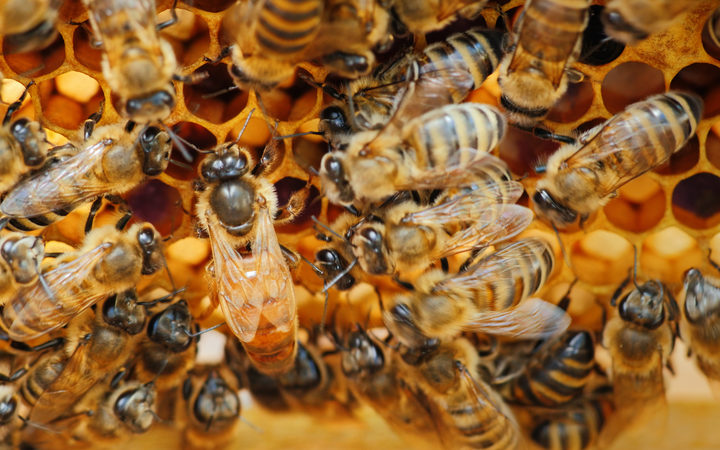 About half of the approximately 8000 registered beekeepers in this country completed the 2018 Colony Loss Survey, which was carried out on behalf of the Ministry for Primary Industries by Manaaki Whenua - Landcare Research.

The survey found the most commonly reported reasons for a hive dying was a suspected varroa mite infestation, starvation of bees caused by bad weather and other factors, wasps killing bees, and problems such as queens disappearing from a hive or not laying eggs.

An MPI spokesperson, Michael Taylor, said there had been a steady increase in reported colony losses across the country every year since it began the survey four years ago.

While this loss rate was still relatively low compared to many other countries, it did highlight the importance of ensuring reliable biosecurity, good colony health and solid beekeeping practice, Dr Taylor said.

"The beekeeping industry and Biosecurity New Zealand must work closely together to ensure the long term health of our honey bee colonies," he said.

The survey data also showed interesting variation in loss rates, and some clues as to the causes of those losses, across different regions, Dr Taylor said.

"For example, there has been an increase in annual winter colony losses reported for the South Island and the top of the North Island.

"However, I am pleased to see that beekeepers in the middle and south of the North Island on the other hand are bucking the national trend, reporting decreased rates of colony losses since 2016," he said.

Dr Taylor said beekeepers make up colony losses every year with new colonies that they split from existing colonies.

Queens are either created by the beekeeper or introduced as new queens from a queen breeder, he said.