Battle lines are being drawn as reform of the dairy industry gets closer. 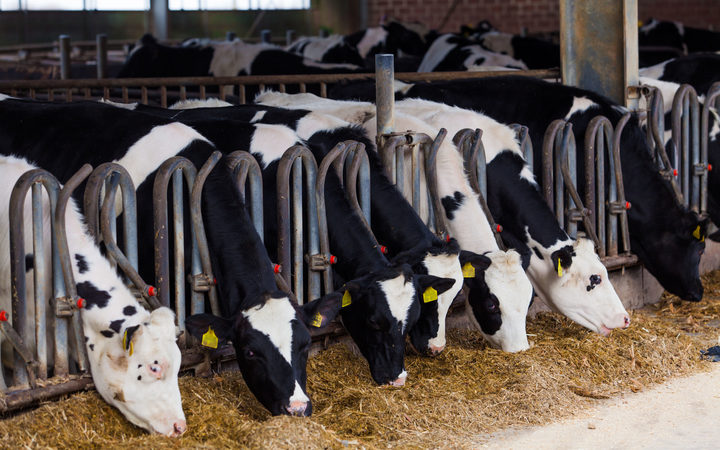 The Dairy Industry Restructuring Act (DIRA) review is looking at rules governing many aspects of the dairy industry. Photo: 123RF

In a strongly-worded comment, the listed dairy company Synlait accused Fonterra of "unilateral and arbitrary" decisions that "manipulate" the price of milk paid to the farmers who produce it.

Fonterra strongly rebutted this claim, saying it was overseen by the Commerce Commission, unlike Synlait.

This review looked at two-decade-old rules governing many aspects of the dairy industry.

The rules were originally set up to stop Fonterra from exploiting its market dominance.

In a submission on the reform process, Fonterra said there was now plenty of competition, so many of those rules could be relaxed.

But Synlait's submission accused Fonterra of often paying more to farmers than market conditions for milk said it should.

It funded this higher price by sacrificing the value of its own shares.

"The system enables Fonterra to make unilateral and arbitrary choices about the allocations of earnings between milk price and capital," Synlait said.

"There is a lack of transparency, effective oversight and accountability in the way Fonterra sets the milk price."

Synlait said these problems tilted the playing field in favour of Fonterra, at a cost to independent dairy companies, and hampered the goal of having a fully contestable milk market.

To fix this, Fonterra should be required to give detailed explanations every time it changed its prices, and have them overseen by an independent panel.

But Fonterra has rejected the allegations against it, turning the accusation back on Synlait.

Its chairman John Monaghan said it was in the interest of "non co-op competitors" to pay farmers as little as possible for their milk, in some cases, using "complex and obscure pricing structures".

Mr Monaghan said his company provided plenty of documentation of its decisons - it was required to maintain and publish a Milk Price Manual, which described how the base milk price was calculated.

Fonterra has strongly rebutted claims made by Synalit on its decision-making. Photo: rnz

This manual was in turn overseen by the Commerce Commission.

In addition, rules requiring milk price transparency should be imposed on all processors, not just Fonterra, so "farmers can compare apples with apples and be paid an honest milk price."

In earlier submissions to the reform process, Fonterra said there were many other problems with the existing regime.

One of these was a requirement for the company to buy milk from any farmer who wanted to sell it - a rule known as the Open Entry provision.

That meant Fonterra had to invest in expensive infrastructure for bulk storage of milk that it did not always want, sometimes produced by farmers whose environmental standards fell short.

Forest and Bird argued the obligation to buy milk allowed the dairy industry to intensify beyond natural business limits, and also put a huge burden on the environment.

It noted Fonterra's own statement that it would prefer not to see dairy expansion in the Mackenzie Basin, but if the farms were there, they had to be traded with.

Forest and Bird said the Mackenzie Basin's ecosystem and others should be protected.

Fonterra Shareholders Council produced submissions, which echoed many of those from Fonterra management.

It also wanted an end to Open Entry and for all milk processors to be subject to the same scrutiny that Fonterra is.