The latest Federated Farmers Banking Survey shows farmer satisfaction with their banks is dropping, and more are feeling they are under financial pressure. 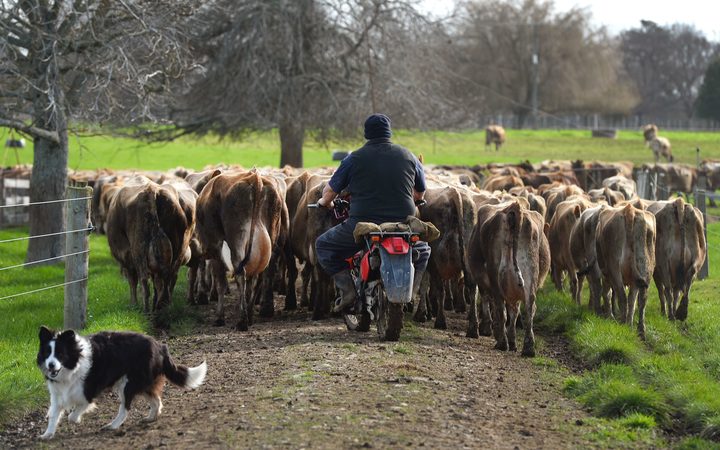 While nearly 74 percent of the 750 farmers who responded to the survey said they were satisfied or very satisfied with their bank, that was a drop of 5 percent since the previous survey in May.

It was also the lowest satisfaction level recorded in any of the 10 surveys conducted since 2015.

A senior lecturer in Agribusiness Management at Lincoln University, Nic Lees, said the results were reasonably marginal, given the high level of satisfaction there generally had been.

But Dr Lees said the survey did appear to show that banks were starting to put some pressure of farmers, particularly in the dairy sector, to reduce debt level.

"When the dairy prices were very low I think what actually happened was that pretty much any discretionary expenditure was shut off, and that also related to the amount of investment that farmers were putting into their farms," he said.

"Now that the dairy prices have improved again farmers are wanting to actually spend more capital expediture and so that's been reflected in wanting to increase their levels of debt to do that.... [but] I think there's probably some pressure from banks who are wanting to see those mortgage levels come down," Dr Lees said.

The survey was conducted by Research First.