A West Coast beekeeper says his bees are resistant to the varroa mite but that decades worth of work may be lost unless he can urgently pull together enough money to keep his business running. 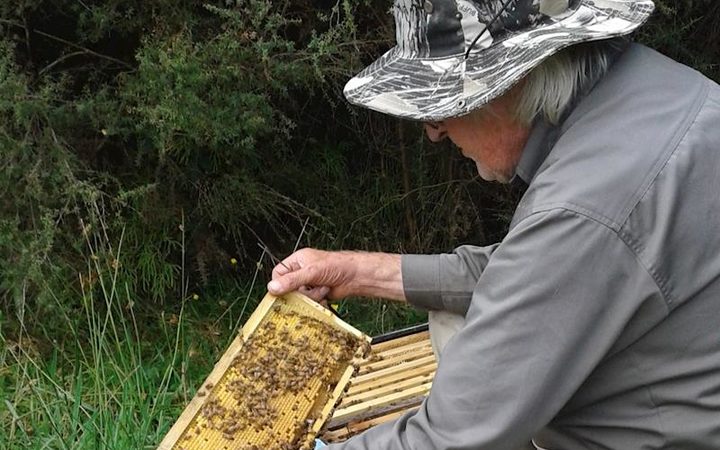 Westport beekeeper Gary Jeffery said he wanted to eliminate the parasite by distributing mite-resistant queen bees that he has bred around New Zealand.

But because of severe weather events and the hive losses that can come with breeding disease resistance, his business had run out of money, Mr Jeffery said.

He said he applied for $150,000 of funding through the government's Provincial Growth Fund to continue his breeding programme, but the application was rejected.

The only option he had left was fundraising through a Givealittle page, he said.

"If we had of had the grant when we wanted it, by now we would have had the potential to produce at least 100 queens for breeding for the coming years.

"Our aim, mainly, is to try and distribute mite-resistant bees throughout New Zealand, once you do that eventually the mites will get bred out of the country."

At the moment the only way to keep the mites at bay was to use chemical miticides, which gradually lost their effectiveness as the mites got used to them, Mr Jeffery said.

"Eventually they have got to get stronger and stronger miticides and then you've got to worry about whether it gets into the honey and other things... so using our bees, once we develop them a bit further, you won't need miticides at all."

Mrs Jeffery said this would create huge savings for beekeepers.